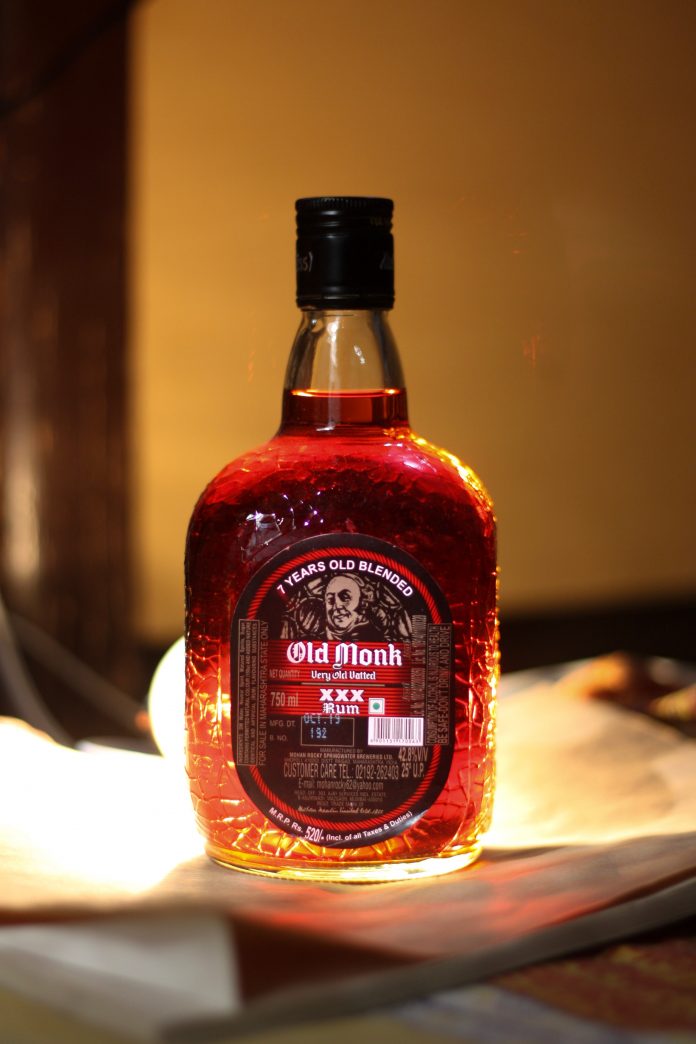 India is home to a variety of different cultures and traditions. This diversity has led to the development of interesting alcoholic drinks that have taken the world by storm. There are many brands in India, but we’ve narrowed it down for you. In this post, we’ll be discussing 5 best alcohol brands from India, how they got their name and what makes them special!

India has a unique term “Indian Made Foreign Liquor” or IMFL to describe locally produced versions of popular beverages of European origin. While in the past IMFL was considered inferior to “Foreign Made Foreign Liquor”, now there are Indian brands that are on par (or better) than their peers.

Here’s a list of top alcohol brands in India.

Amrut is a brand of Indian whiskey. The name “Amrut” literally means “nectar”.

Amrut Distilleries Ltd was founded in Karnataka in 1948 by JN Radhakrishna Rao Jagdale.

The company primarily produces single malt whiskey, and also has a range of other alcohols including gin and vodka. Amrut is now one of India’s most popular whiskey and is thus included in this list of top alcohol brands!

Amrut’s success as one of India’s top alcohol brands began after it won an award for best whisky at the World Whisky Awards in 2004. In 2010 it was listed as the third best whisky in the world in Jim Murray’s Whiskey Bible. Amrut also made it to Paul Writer’s Bangalore Hot 50 List presented by Hindustan Times, and the (late) Neelkanta Jagdale was a speaker at the conference.

Kingfisher started as a five brewery company in India.  This was the foundation for what is now one of the largest beer companies in Asia. In 1915 when UB Group founder Thomas Leishman set up these breweries they were simply known by their city names: Bangalore Brewing Company (1885), Castle Brewery and Nilgiris Breweries (1857) BBB Brewery Co. Ltd.(1913)and British Brewing Co. Kingfisher was launched as a brand in 1978.

For a long time Kingfisher has been almost synonymous with top alcohol brands in India.

Kingfisher has always been associated with the good life. Since India does not allow direct advertising of alcohol, they mastered the art of surrogate advertising. They have used bottled water, music , and a cricket team to position themselves as a brand that is ‘handling the good life’.

The Kingfisher Calendar is a marketing platform developed by the brand.

Founded by Paul P. John in 1992, Paul John is a whisky company that produces single malt whiskeys only made from Indian grains and water sources. John Distilleries was founded in 1992 and the company rose to become a leading spirit company within less than ten years. John’s creation of Paul John Single Malts began in 2012 when they were launched overseas in Britain. The distillery is based out of Bangalore, but it operates its single malt whisky production plant located at Goa. Prior to this, since its establishment over twenty-five years ago, the company had been making blended whiskys; however their decision for launching these particular malts became an unprecedented success which enabled them rise as one among India’s top alcohol companies

In 2020 Paul John’s Mithuna was recognised as the third best whiskey by John Murray.

Take a look at their brand story Paul John Introduction

Bira adopted an unconventional and youth-oriented logo and packaging to stand out from the ‘legacy’ beverages. The Bira 91 app has collaborated with popular apps like Zomato and Saavn to create a variety of playlists that are perfect for any occasion. Their collaborations include the Brew playlist, Asal Hustle by Biera 91, as well asthe Bira Hip Hop Channel

Bira also has a “bira” IoT button that helps with one click reordering.

Sequoia funding has helped Bira grow and become one of the top 5 alcohol brands in India.

In 1855, an entrepreneurial Scotsman named Edward Abraham Dyer set up a brewery in Kasauli, Himachal Pradesh to cater to the British requirement for beer. This brewery changed hands and became Mohan Meakin Pvt. Ltd., which went on to create Old Monk rum. The company was founded by Colonel Ved Rattan Mohan who had been inspired by the serene life of Benedictine monks and their beverages.

Old Monk never advertised as the makers believed taste would sell itself. Until 2002 it was the largest selling single brand by volume. This was also an era when dark spirits dominated the Indian market.

The top 5 alcohol brands in India include Amrut, Kingfisher, Paul John, Bira 91 Brews and Old Monk Rum. Each brand has a unique story about how it got its name and their marketing strategy that makes them stand out among competitors!

Photo by Vidit Goswami on Unsplash

IPL and the Spot Fixing Scandal: How will the Brand...