Home Insights 8 Indian Beverage Brand Stories You Should Know About

Indian beverage brands can help you take a walk down memory lane.  Thums Up, our very own thunder drink is now 40 years old. Launched in 1977 by the Parle Brothers, to offset the withdrawal of Coca-Cola from India, it was bought by Coca-Cola in 1993 and re-launched to compete with Pepsico. Thums Up’s market share at the time of its selling was 85%. It is still the largest selling cola.

Limca launched as a Parle Agro soft-drink brand, Limca was bought by Coca-Cola in 1993; along with Thums Up, Gold Spot, Citra, and Maaza. Of the brands bought, Limca, Maaza and Thums Up are popular household drinks to this day. Despite its huge popularity, Gold Spot was discontinued by the Coca-Cola Company to launch its own orange flavor brand- Fanta. Citra was phased out by the year 2000, to launch Coke’s international brand- Sprite. Limca however, continues to be one of the most favoured beverage brands in India. It also has its own book of records, which was launched by Ramesh Chauhan of Parle Agro and it continues to record feats and other unique statistics from an Indian perspective.

A soft-drink concentrate brand owned by Pioma Industries and based in Ahmedabad is India’s leading soft- drink concentrate brand. It was launched in 1976; however, it gained popularity during the eighties. Through the years Rasna has grown and expanded its outreach. It continues to be a trusted brand in Indian households. As of 2015, Rasna’s market share was 85%.

An aerated soft-drink brand, found by Dinshwaji Pandole in 1889, Duke’s was a favourite soft-drink brand in Mumbai. This 129-year-old brand was bought by PepsiCo in 2011 and re-launched with three additional flavours apart from the original lemon flavor. Duke’s to this day, enjoys huge popularity in Mumbai and is now a symbol of Mumbai’s legacy.

Roohafza, is a non-alcoholic cooling drink formulated by a Unani physician called Hakim Abdul Majeed in 1906. The business grew and became the most sold product of Hamdard Company. Its earliest distributions were centred around Delhi. However, when one of Hakim Abdul Majeed’s sons migrated to Pakistan and started a Hamdard brand there. The company continues to have loyal customers, it has also launched several advertisements to lose out to the youth of the country. Despite stiff competition, the Hamdard group claims that Roohafza owns 42% of market shares and plans to double its sales by 2020.

(Looking for popular Indian alcohol brands? Here are our 5 picks and their brand stories.)

5. Kissan Squash – used to be owned by a brewery!

Introduced for British settlers in 1935, the Mitchell brothers set up Kissan’s first fruit processing unit in Bangalore in 1947. Kissan as a brand was bought by United Breweries in 1950 and sold to Hindustan Unilever in 1993. A household name, Kissan has meant innovation since the day of its inception. Kissan squash was a revolution when it was launched, however, this Indian beverage brand’s market has faced severe competition from other beverage brands like Rasna and Cola companies.

Launched in 1985 in a green tetra pack, Frooti continues to be Parle-Agro’s popular fruit drink. Frooti was the first fruit drink to be available in a tetra pack or in a pet bottle. Despite facing stiff competition from Mazaa and Slice, Frooti continues to be the second most popular Indian beverage brand with a market share of around 25% (as of 2016).

P.V.S.K. Palaniappa Nadar launched Bovonto in 1958, in Virudhunagar. Over the years this Indian beverage brand has battled the popularity and aggressive marketing of Spencer’s, Parle, and MNCs. Bovonto has held on to its market of loyal customers and in an INR 100 crore company. In the recent years, the company has modernized itself and re-launched itself as ‘KALIS SPARKLING WATER PVT.LTD’ at Madurai.

Founded by Edward Keventers in the early 1900s as Aligarh Daily Farm, this Indian beverage brand name became synonymous to good quality milk in Delhi in 1925 when the brand opened a shop front in Chanakyapuri, Delhi. The ownership of the company changed hands in 1940 when Ram Krishna Dalmia took over the reins of the Company. The brand expanded its bases to as far as Kolkata. In 1960, Keventers was the first to produce milk powder. It also was the first to provide milk powder to the Indian Army. It also came up with milkshakes which became the pride of Delhi. However, with the development of Chanakyapuri as the diplomatic zone, the Keventers milk factory was closed, although several small outlets continued with the brand name. In 2015 Agastya Dalmia, the great-grandson of Ram Krishna Dalmia along with his friend decided to reconstruct the brand. Keventers since then has outlets in all metros and upcoming cities, even small state capitals like Ranchi and aims to cover all parts of India.

Indian Beverage Brands to Look Out For:

Juice Up: Started in 2014, the brand aims to serve its customers with fresh and healthy juices. They claim to not add any preservatives or sugar in their fresh press juices. The brand has consistently made profits from the year of its inception.

PaperBoat: Launched in 2013 with just two flavours, PaperBoat has entered the homes and hearts of many Indians. This is truly an Indian brand with flavours like Aamras, Aampanna, golgappe ka pani etc the brand has established itself as the harbinger of the customer’s nostalgic childhood. It has a strong connection with every Indian who misses home-cooked food in their adult life. The brand has grown consistently, with launching products like chikki and tea.

Patanjali Juices: No discussion about popular Indian beverage brands could be completed without Patanjali which has a range of fruit squash, aloe vera juice, neem juice and so on. The brand has grown exponentially since the day of its inception, with many customers depending on its ayurvedic and natural product branding.

Foxtrot Beverages Pvt. Ltd a progressive drinks company makes the Svami range of tonic water and non-alcoholic pre-mixed drinks.  With their own recipe they can control quality of the core offering – tonic water.  However the non-alcoholic premixes will act as a differentiator and allow them to expand and defend their position.  The key ingredient of tonic water is quinine which led to an (unproven) belief in its efficacy against COVID-19.  One wonders if that helped sales 🙂 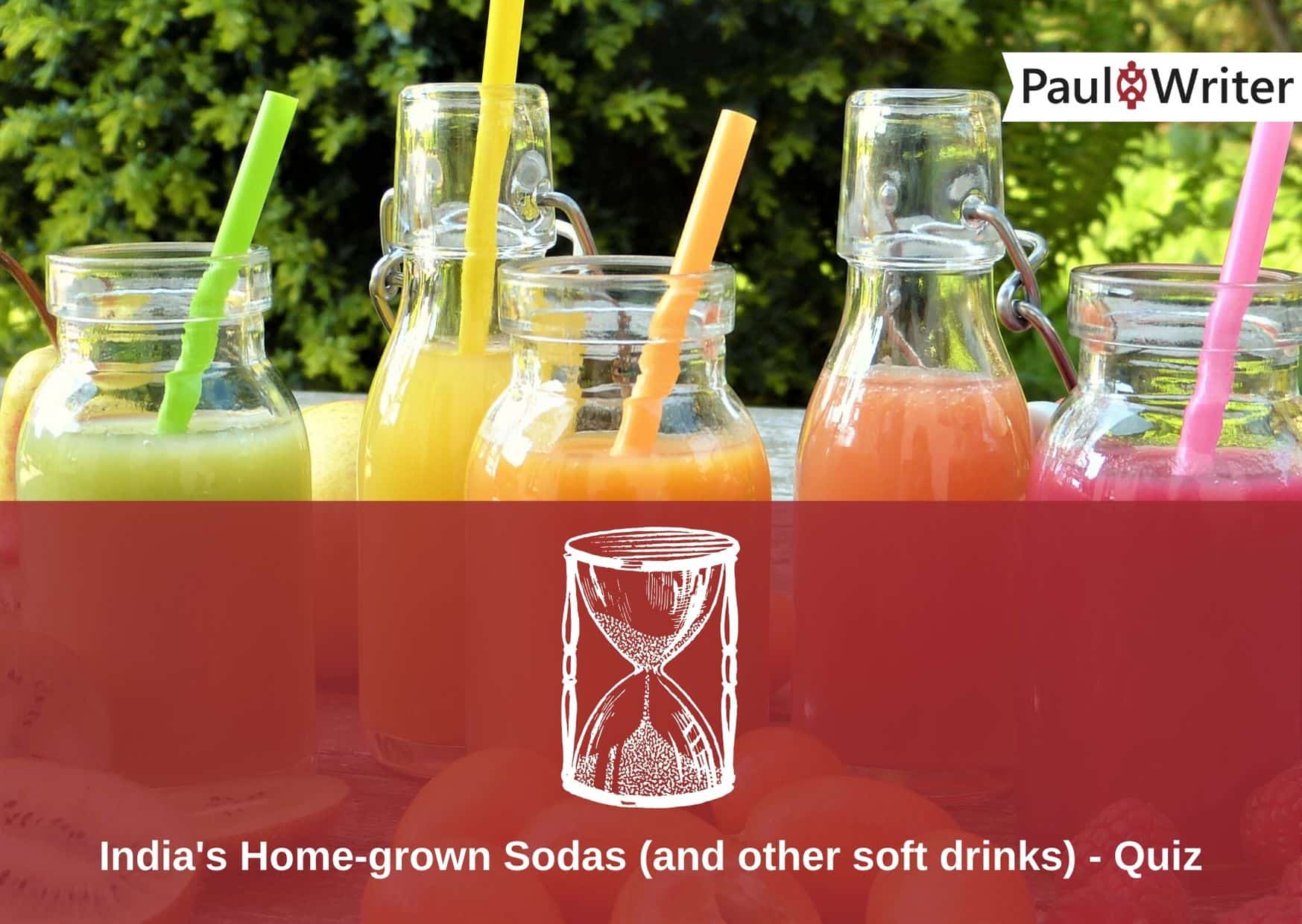 Now that you know all about India’s top beverages, take the quiz on our top soda brands!

Also read: Vocal for Local – how can India develop its own brands. 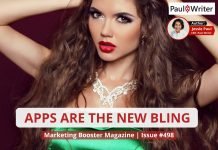 Apps are the new bling 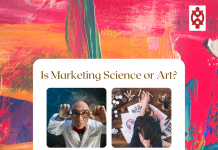 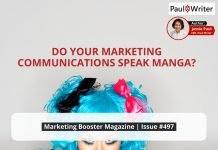 Do you speak Manga?

RoohAfza Forays into the Ready-to-serve Beverage Market with the Launch of...