What are our subscribers are saying about us? 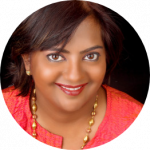 Jessie Paul is the Founder and CEO of Paul Writer, a firm she founded in early 2010 to raise the bar for marketing in India. Previously, as Chief Marketing Officer of Wipro’s IT business and as Global Brand Manager at Infosys, Jessie has been recognized for her contribution towards putting the Indian IT industry on the global map. With over 18 years in services marketing, including a stint with Ogilvy & Mather Advertising, Jessie is considered an expert in brand globalization and has been named one of the most influential business women in the Indian IT industry.
JESSIE PAUL
CEO at Paul Writer

WHAT IS
MARKETING BOOSTER?

Optimizing every area of your business!

From market research, design and prototyping to production and delivery, we cover it all.

To want to promote you on our newsletter