Tiger Woods is back in the game after nearly a decade of scandal and injury. But he is by no means a has-been. Television viewership went up by more than 50%  to watch him play. There are gushy articles on what he means to the cable networks as win or lose- more people watch a game when he is in it. What’s that got to do with Nike? They have maintained their ties with him over the years, not dropping him even after his driving incident – asleep at the wheel – last year. They seem to be able to separate a player’s core competence from his personal attributes.

Now, with their contract with Colin Kaepernick famous for his kneeling national anthem protests around racial injustice and police brutality, it seems that Nike is embracing being unconventional as a formula for its brand identity. Yes, there are calls for boycott and their stock has fallen a bit, but there are also many positive voices, and this may make the brand more appealing, say to youth or people of colour. Update: 56% of Americans see Nike as positive after viewing the ad – download Survata research

As brands evolve from providing functionality, consumers buy the narrative. I’m by no means an athlete but I have Nike apparel and

Home-grown brands like Wrogn and Titan’s Fastrack are also carefully crafting their narrative which is counter-convention. Flying in the face of accepted norms has two benefits – one, “man bites dog” is always a better story than “dog bites man” and secondly, youth in many cultures are rebels and looking for brands that are aligned with their values. A recent Sprout Social Survey found that 66% of consumers want brands to take a stand on social and political issues. This raises an interesting question for multi-brand businesses – will consumers delve to the next level and demand authenticity?

Persona-based marketing is on the rise and with AI it can be taken to a very granular level. That’s beneficial both for businesses and consumers but it brings a lot of responsibility to ensure that the brand segmentation has deep roots. With the ability to crunch data it will soon be possible for interested consumers to assess any product from their particular position e.g. green, conservative, animal testing, no GMO, no pesticides, country of manufacture, country of ownership, religion ….you name it, it’s there. This is even more important for multi-brand organizations as they may have to manage opposing positions within their portfolio. 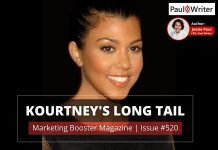 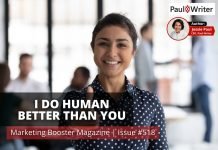 13 ways to use social proof for growth