From the Foundation Series of Isaac Asimov to the movie Smart House or even the cartoon series the Jetsons the understanding of AI has largely been limited to robotics. Yes, robotics is a major component of AI but Artificial Intelligence goes beyond efficient humanoids. Without even using robots in our day to day lives, we are still becoming increasingly dependent on artificial intelligence to answer our queries and remember all about our preferences and choices with minimal effort from us.

AI has emerged as the next big thing in marketing, it is at the core of personalizing the brand experience for a customer. To dive deeper into how AI can be the future of marketing, Microsoft India held a workshop on December 8, 2017, at Microsoft Accelerator, Bengaluru. This workshop was attended by marketing industry leaders.

Jessie Paul, CEO, Paul Writer gave the opening remarks, setting the context of the workshop. Jessie stressed that adopting AI is not enough, a brand has to have the correct process in place to exploit the AI beneficially. Talking about processes she said, “It’s not the chatbot that got it wrong, its the process that got it wrong.”

Deepthi Anantharam, Sr. Tech. Evangelist, Microsoft followed Jessie and talked about AI in motion at Microsoft. She stressed the importance of machine learning and the need for data scientists. She says, “AI has to be pervasive. Put the maximum into the hands of the people using it.”

Deepthi’s session was followed by a session on AI Applications, addressed by Saarthak Puri, Sr. Project Advisor, Capillary Technologies. Saarthak demonstrated how capturing online data and replicating it in the offline world via image and voice recognition could lead to creating a more effective personalized experience for the customer.

You can view his deck here: AI in Digital Commerce

Vivekanand Pani, Co-Founder, Reverie Language Technologies addressed the session on the role of AI in building a multi-lingual user engagement strategies. He argued that English was not the most popular language in India, with only 10% of the population speaking English. However, the spending capacity of the English speaking population has traditionally been more, but this reality is soon diminishing as more and more non-English speaking Indians have increased spending capacity. Taking this into account he argued it was necessary to create online platforms which talked to the customer in his/her preferred language.

Vivekanand’s session was followed by a brief discussion among participants and speakers on the creation of an effective AI roadmap. This discussion was followed by a session on predicting customer behaviour through Social Media and Artificial Intelligence. Anshuman Baruah, Director, Frrole Inc. addressed the session and talked about how a customer’s behaviour could be predicted by analysing all of their social media data.

You can view his deck here: AI Powered Next Generation Consumer Insights

Siddhartha Chandurkar, Founder and CEO, Shephertz talked about applied AI and how a well thought out application of AI strategies could benefit brands exponentially. He says, “Don’t use AI just because it sounds cool or it is what everyone else is doing, understand AI’s applications for your business and then decide if it would be beneficial for your business.”

You can view his deck here: Applied AI- Agile and Reliable Digital Transformation

The last session of the day was a discussion on the correct metrics for ROI on AI which was followed by certificate distribution and lunch.

You can view the pictures of the workshop here: 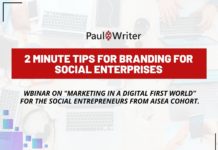 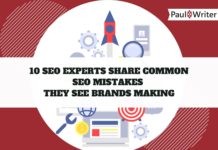