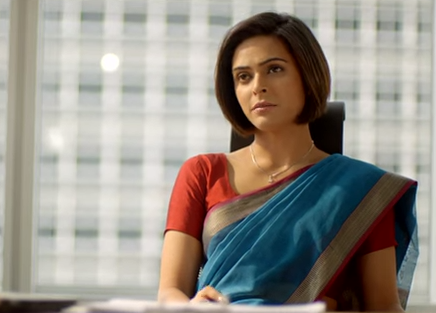 A recent Airtel TV ad kicked up a storm on social media, and thereby ensured many more saw it. Even those, like me, who rarely watch TV. It shows a lady boss making male reportee work late, and then leaving for home. It then reveals that the lady boss is actually his wife and while he has been slogging in office, she has been home cooking his dinner.

It’s very confusing to figure out which social message they’re going for. Is it:
a. It’s ok for a woman to be boss
b. It’s ok for spouses to be in a reporting relationship
c. Even if you’re the boss in office, you cook at home for the husband
d. Women can have it all

The story is getting talked about and it’s not entirely negative. Airtel is of course not the first to latch on to a social hook for an unrelated product – Tata Tea did it with the Jaagore campaign for voting, Tanishq did it with its theme of remarriage.

Here’s a basket of causes you can choose from to get your brand talked about. I’ve helpfully organized it for you in buckets in order of novelty and current social acceptance. The ones in the green square are the ‘safest’ whereas the ones in ‘red’ are probably the most likely to go viral. 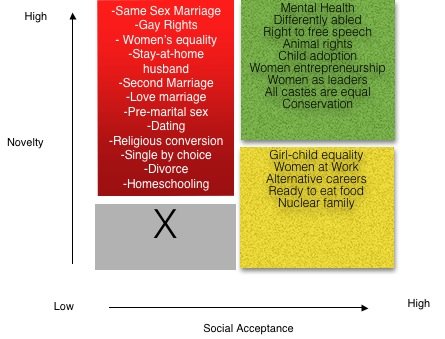 Caution: This list isn’t exhaustive and the social acceptance levels are only indicative among a middle to upper class audience in India. You need to work out your own position.

It’s not easy to find causes that make people talk and yet are appropriate for your brand to be associated with. The more social acceptance there is, the less shock value. Brand owners have to make the brave choice of addressing an issue that they feel strongly about. In the interest of expediency sometimes the ad changes track mid-way to provide a sop to those who may object to the theme – but this will water down the impact.

This phenomenon isn’t limited to India – this Thai life insurance commercial is built around the differently abled father and can reduce you to tears in 3 minutes.

We’re in the age of storytelling. We’re also surrounded by me-too products. The time span from ‘new, improved’ to “old, jaded’ has shrunk exponentially. One way to stand out from the crowd is the surround attribute – associating with a cause or topic that isn’t directly related to the brand. Hopefully the brand and the cause will live happily ever after.

Any other ideas? Would love to hear them!