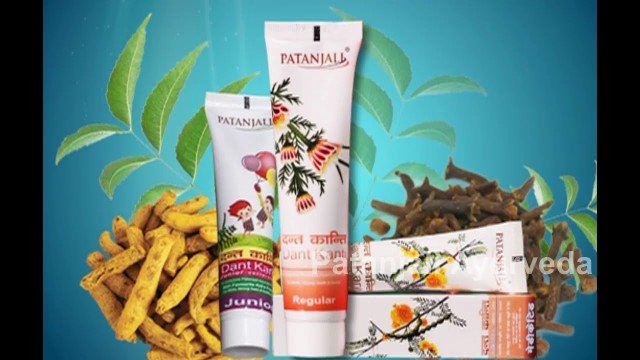 Patanjali is an Indian brand of Ayurvedic, herbal and wellness products. When we last reviewed Patanjali as a brand, it had been in the news because of their inclusion in a “Wish You Were Listed” report by CLSA which estimated them to be bigger by revenue than Jyothy Laboratories and Emami. In 2014 Patanjali was already competing with The Himalaya Drug Company which was then in the Rs 1500 crore turnover range, with targets around 12% growth. Himalaya however, is a much older company than Patanjali, founded in 1937, though it started thinking of itself as an FMCG player only as late as 2009. It has also expanded beyond pharma to wellness and personal care, has its own stores, sells online – a very similar journey in fact. In that context, Patanjali’s growth is indeed commendable. (Biotique is a beauty brand also based on the Ayurveda platform but has not expanded its product range.)

Its growth becomes even more astounding when we look at Patanjali’s revenue declaration for FY 2016-17, where the brand clocked a revenue of INR 10,000 Crore, nearly double from the year before. Baba Ramdev declared that he was on a “MNC bhagao” mission, and that Patanjali would take over as the largest brand in a year or two, eventually wiping out MNCs.

There haven’t been that many new, successful entrants in the FMCG world in the recent past at the national level. Barriers to entry are the high cost of awareness required for a national brand (read celebrity endorsements and mainstream TV advertising), managing a sophisticated network and uniform quality control. A big cost saver for the brand was that they didn’t need to spend on advertising in the initial years because of the high brand recall of Baba Ramdev whose popular TV show and public appearances had gained him mass media awareness at a very low cost. In addition, the Company reaps the benefits of a celebrity brand ambassador like Baba Ramdev for free (how he benefits from the brand is not clear, as he is not listed as an owner). The brand has now launched a series of advertisements about its various products the most famous being the Dant Kanti Ad which openly takes on other toothpaste brands. It is a separate matter that many of Patanjali’s ads are reported for being misleading and challenged in Court.

You can watch the toothpaste ad here:

Patanjali has piggy backed not only the awareness of Baba Ramdev but it is built on the brand strength, firstly of Yoga and its proponent, Baba Ramdev, and of Ayurveda. Followers of yoga, Ayurveda and Baba Ramdev were its most ardent early adopters, and they spread the word to others on the efficacy of the products. There is the added belief that something from this heritage is likely to be pure, and Patanjali has been quite welcoming of analysts and media to its offices to back this belief. They have research lab, Patanjali Research Foundation, which, based on its website has a small team building a framework to prove that yoga works. In May 2017, Prime Minister Narendra Modi inaugurated the Patanjali Research Institute at Haridwar.  Association with the PM, albeit indirect, is a further boost for the brand, providing a halo effect of credibility.

The reasons for Patanjali’s accelerated growth in a 4P framework are:

Product: Differentiated product that appeals to the Indian belief in Ayurveda/natural remedies/‘hand’ medicine

Place: Distribution through Ayurvedic pharmacies which further strengthens their health proposition. They have continued with their franchisee based distribution strategy but their tie-up with Future Group has enlarged the product’s footprint, making its products easily accessible to shoppers. Though going by the complaints on complaintboard.in, there are several complaints about Patanjali’s online services on its website, duplication of products and quality of staff. Tie-ups with online retailers such as bigbasket.com and Amazon have given it access to a growing middle class base along with reducing its cost on promotions.

Positioning: Strong positioning on Ayurveda and health consistently reinforced by its ‘brand ambassador”. Ramdev recently added social causes to the identity of the band. During the Patanjali Conference in May 2017, Ramdev launched a school for the children of deceased army officers, offering them free education. He even commented that Patanjali as a brand was not interested in making profits but developing the future of the country, effectively appealing to the emotions of the masses.

After entering and expanding in the food and grain market in the last two years. Patanjali has now announced to enter in the apparel sector with the prospective launch of Patanjali Jeans and expand its presence in the fast food sector, by opening Quick Service Restaurants which would provide over 400 vegetarian fast food items. In my view, QSR is a great idea, especially when the food provided is believed to be organic and healthy and based on the Indian ethos/Ayurvedic recipes.

I am not convinced about the choice of “Swadeshi Jeans” as there is no connection to either Indian ethos or Ayurveda.  Add the fact that for the first time a Patanjali product would require a paid brand ambassador, as Ramdev is not known to wear jeans.  Were Patanjali to launch a line of leisure wear along the lines of Yoga clothes it would be a perfect extension. As of June 2018 the launch of Patanjali jeans has been postponed by yet another year.

Patanjali has more recently created waves by launching a telecom service on the back of BSNL and a WhatsApp equivalent, Kimbho, which was rapidly withdrawn after security concerns were exposed.  These attempts to expand beyond FMCG could be because of flagging growth in that segment – the company said they closed 31 March 2018 with roughly the same revenue as the previous year.  Remains to be seen if its brand (and Ayurveda) are suitable for the telecom and apparel space as well.

The Indian market is growing enough that there is space for both the MNCs and home grown biggies – as companies like Wipro and Godrej and Marico have shown. Moreover, if India is able to transform itself into a soft power brands like Patanjali will do well in affluent countries in the health food and natural remedies segment.

As the company is not listed, the revenues and claims of growth are self-declared.

Consumer-Centric Marketing Strategy Is The Cornerstone Of Business At Girnarsoft

In today’s environment of disruptive innovations, companies are challenged by rising customer expectations. To meet the expectations of customers and deliver the best customer experience, GirnarSoft designed India’s top portal www.cardekho.com with a highly interactive medium.

Patanjali – Can The Top Upstart Indian Brand Continue To Grow?

Brand Extension: A Rose By Any Other Name?