Home Editor’s Yo! Notes Arnab is Intelligent, Articulate and a Great Moderator

Arnab Goswami is one of the few Indian journos to have a brand and fan following of the heft of some of the more famous US talk show hosts. His prime time Newshour though positioned as a current affairs program was run more like a talk show with the host getting to say the most.  He marks the clear shift from a fact-based journalistic style to one which acknowledges that viewers can get their news elsewhere and focuses on opinions. His career is a case study of someone who applied the PR rules – have a sharp point of view, express it as a superlative (big, first, most), better to be controversial than boring, tailor it to the target audience, and shout till you’re heard. Most of us – as corporates and individuals – are too timid to apply this in full. And it should be an eye-opener on what it takes to be an opinion-maker.  I’ve been thinking for around a year that he would stop being a bystander and jump into politics.  But the rumours are that he is going to be a part of an independent media venture, so we can look forward to not just more of Arnab, but a tribe of clones too. Fun, fun, fun! (I’ve met Arnab once – we were on the same panel – and he came across as an intelligent, articulate person, and a great moderator.)

This morning there was a knock on the door at 7am. I thought it was the newspaper delivery, but no, it was Amazon! I was initially wonderstruck that I could order sports equipment in the evening and have it arrive the next morning, but then I realized that we used to take it for granted from neighborhood shops, and it’ll be just a short time before we expect the same from online.  The Diwali sales have been great for Flipkart, Amazon and not so good for Snapdeal, despite the new branding. (Again supporting my hypothesis that in the digital world logo and brand colours are irrelevant.)

Customer experience seems to have improved everywhere this year which is great for customers, even as they get more and more demanding.  Join our Tweetchat #cmoindia with experts such as Anjali Malhotra – CMO at Aviva India, Anish Khanna – CEO at Matrix Cellular, Sorav Jain –  CEO at echoVme, Shaiju Mathew- PR & Growth at Furlenco, @3PM on Wednesday, Nov 9 to discuss how to manage these ever-increasing expectations. Tweet chat newbie? Here’s an easy how-to guide from Paul Writer.

Authenticity is an area in the media space that gets less attention than it should.  When we see a Tweet from a person with 10,000 followers we assume that it is true.  But it could just be a bot or a paid post and hence should be discounted.  When we see an article proposed by a website as “Trending” we believe it’s a hot topic.  If you see that a post on Facebook has 1000 likes, you think it’s true.  And yet those likes could have been bought by putting out a Promoted Post. Send out a barrage of posts on a particular topic – say #OROP or net neutrality – and chances are you can influence public opinion, no facts required or requested. On the other hand, when we see an ad we immediately apply all kinds of logic and authenticity filters. Why do we do that when we know that all that is published is not editorial?  I think it’s similar to the way our brain assigns different pockets for different budgets (read this cool book excerpt if you like behavioral economics). We judge authenticity based on what we’re culturally attuned to thinking of as truth rather than applying logic.  So, good news for Arnab, there is a lot of promise for a new media venture.

Smoggy India is making headlines this month, mostly caused by crop burning.  If the farmers had a “Happy Seeder” tractor apparently they could sow their winter crop without burning the straw, but it’s too expensive at Rs 1.15Lakhs, even with a 50% subsidy.  (The alternative, burning, costs nothing in monetary terms).  So here’s a market opportunity or problem depending on how you look at it. Crowdfunding tractors anyone?

If you’d like to have your friends/colleagues added as subscribers just email me.  There’s always one click unsubscribe if they decide to skip it. 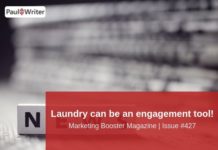 Laundry can be an engagement tool

Priyanka is a skinfluencer. Build your own Influencer Framework 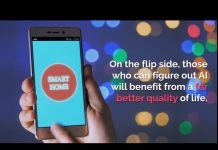 Rusty and Redundant. Not You, of Course. | Business Booster Magazine Issue # 378