Home Insights Digital Business The Dark Side of Online Discounts 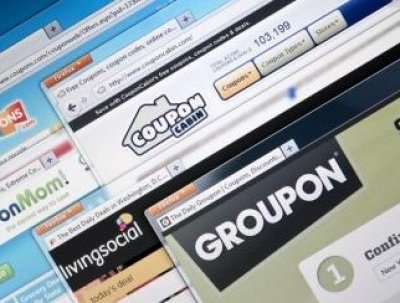 Companies can profit handsomely from online daily discounts but intermediaries often have conflicting objectives that need to be managed.

It’s an age-old problem for many retailers, from movie houses to circuses – how to make a profit in off-peak periods. A restaurant that turns away customers on Saturday night but loses money during lunch on Monday. The opera house hosting a big-name orchestra and superstar diva for a limited engagement, faced with a half-filled house on Tuesday night. The beachfront resort perennially hard up for bookings in early spring or late fall.

A possible solution appeared in 2008, when Groupon started up, an intermediary that offers consumers a way to buy retail services online at a deep discount, provided a certain number of them signed up and used their discount “Groupons” at a designated time.

But recently, the company enacted deep changes to its business model that include getting rid of restrictions on their deals. Gone are “activation thresholds” where a deal is “ON” when a certain number buy in and gone are time restrictions for customers cashing in.

This gives retailers a problem: customers arriving with “Groupons” at peak times, eroding the profitability they might otherwise be getting from full-paying customers. So why is this happening? Because unfortunately, it is in the best interests of Groupon and its peers. They get a cut when a customer cashes in their “Groupon”, they get nothing if the deal is not “ON” with a group.

“Groupon’s story, is almost Shakespearean,” said Karan Girotra, INSEAD Assistant Professor for Technology and Operations Management, talking to INSEAD Knowledge. “It started out as a really hot startup, did one of the largest IPOs in Internet history. Very soon it had something like 800-900 clones. Wall Street was in love with it. They said they were going to change the way we get coupons. And then the story became, it’s just coupons by email. There’s really nothing to it. So this fascinating rise and fall so-to-say of Groupon really got us thinking: is this just coupons by email, or is there something different about Groupon?”

Today, the market for online daily discounts is worth billions. But five years on, little is known about how the benefits of these deals (beyond the end consumer) are apportioned between intermediary and merchant, and whether Groupon is simply offering an e-coupon or something transformational. A new research paper, Operational Advantages and Optimal Design of Threshold Discounting Offers, by Karan Girotra, Serguei Netessine, Professor of Technology and Operations Management, and Ph.D. student Simone Marinesi found out these deals can offer substantial gains for merchants, but they can be harmful, too.

“It could revolutionise a lot of retail services, by addressing the two big issues they face,” Girotra said: the supply-demand mismatch of ‘full in August, empty in October’ syndrome, especially for businesses that face seasonal demand; and covering fixed costs on low traffic days.

Girotra and Marinesi’s research showed that online discounts are a good deal for companies, provided they target their offerings for these low periods. “It’s like happy hour supercharged if you open up the shop only for happy hour,” Girotra said.

But that’s not necessarily how these deals are currently structured, Girotra said: “They have a dark side to them. And that really is about who is designing and offering that deal,” he said. Co-author Marinesi explains how these deals often go awry; “Groupon has an incentive to structure these deals in a way that is not beneficial for merchants. So, for example, Groupon would really like to have all the deals for Saturday evening because a lot of people would subscribe. If you offered me a 50 percent discount on a restaurant on Saturday evening, this is very appealing to me,” he said.

“Even though they could have designed them so they could have been really good for the merchant, it [Groupon] was designing them largely keeping its own interest in mind,” Girotra said. “That creates this kind of imbalance, between what the merchant wants, and what Groupon wants.”

Therefore, companies should design their deals with their own interests in mind, Girotra said. This applies especially to making sure you get the word out to the right audience. “Groupon might not know your customer population as well as you might,” Girotra said.

However, Girotra and Marinesi also discovered that offering daily discounts through services like Groupon can be beneficial. “Intermediaries do offer an advantage, in particular the knowledge of structuring the deal, and getting the deal out to a large number of people,” Girotra said.

Fattening up the bottom line

To determine whether or not online discounting is profitable, the researchers studied data from the Teatro Regio opera house in Torino, Italy. The researchers chose an opera house as a test case, because it exemplifies many of the problems the kind of retailers face who can most benefit from these deals: high seasonal demand, high fixed costs, and the challenge of filling up a room at off-peak times.

What the research concluded was a qualified yes: “If designed correctly, these deals have huge potential,” Girotra said. Profit margins in the test case of Teatro Regio improved as much as 30 percent, and a minimum of about 6 percent when the deals were structured with the merchant in mind.

The art of the daily e-discount is only in its infancy. Already, companies have the means to better target their offerings, which Girotra says merit further study. “Today we have the ability to target our coupons far better than anything else before, contingent upon how many people are coming to buy this, and what days they’re being offered, and that fundamentally can supercharge these deals,” Girotra said.

“If you design the deal correctly, then I think it’s completely OK to use an intermediary to get the word out on the deal. On top of that, I think a small merchant could try to build its own loyal customer base and really start offering deals to them rather than offering the deals through Groupon.”

Karan Girotrais an Assistant Professor of Technology and Operations Management at INSEAD and author of the “Risk Driven Business Model: Four Questions that will Define your Company”. He teaches theIdentifying New Business Modelsmodule, part of INSEAD’s MBA programme and the EMBA module calledKey Management Challengeswhere classes engage in experimental workshops combining approaches to entrepreneurship and innovation.