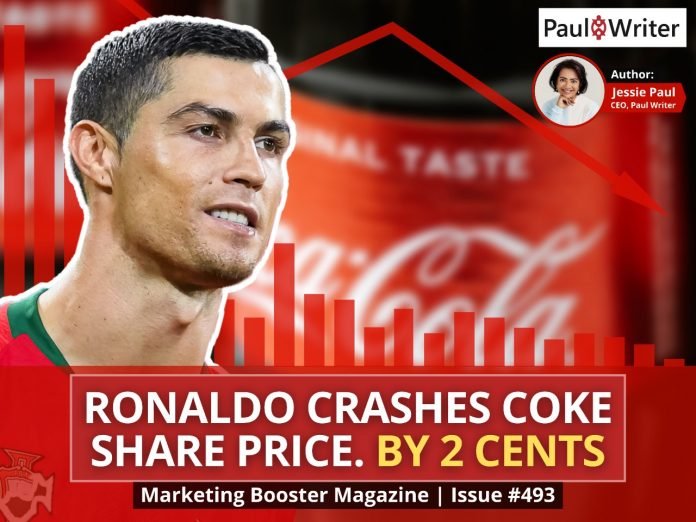 Ronaldo brought down the market cap of Coca Cola by $4 billion, just by removing the bottles from the podium.   That’s what the media reported quite copiously. But did he? Or was it just a clever content marketing technique?

Football star Cristiano Ronaldo created a buzz by removing two coke bottles placed on the podium during a Euro 2020 press conference. UEFA responded, but the bigger news was that Ronaldo had shaved $4 billion off the Coca Cola market cap.  Fizzy drinks beware! But was it true? Did he clobber the stock?

On June 17th, 2021 Coca Cola’s market cap was a shade over $235 billion. So a fluctuation of $4B isn’t exactly a smash-the-bottles moment. If you look around in May 2021, depending on the day and time, the share price was a couple of cents higher or lower. Why all the rubber-necking then? Because of framing, a content marketing strategy technique.

Superman Ronaldo takes a stand against unhealthy food and crashes the stock?

It is a little used content marketing technique that has a wide range of applications.

Should Coke be worried?

Actually, yes. Celebrities turning against you could be a leading indicator of trouble ahead. In 2006 – possibly when sugary drinks were still cool – Ronaldo featured in an ad by Coca Cola Japan. In keeping with his new healthy brand image and as a responsible parent Ronaldo now wants to use his clout to make Coke uncool. He’s both reflecting and shaping the purchase preferences of his audience.  His brand stands for certain values and he is driving his own content marketing strategy independent of UEFA.

As I write in my book, No Money Marketing, “dog bites man” will not get any media attention, but “man bites dog” will.

On 15th June, 2021, there were a bunch of stories about the Great Indian Bustard, a critically endangered species. The headlines varied but broadly followed the line that “The Great Indian Bustard stands in the way of India’s green energy goals”. Why? Because the bird flies into energy transmission lines and the Supreme Court of India has asked that the energy companies move overhead lines underground. Suddenly a rather technical cost creep business story became a mainstream environmental story.  The bustard is known to fly into transmission lines – but juxtaposing this fact with their business need added a new dimension to a business story.

The energy companies are trying – quite literally – to frame the bird as the reason for their inability to do the right thing.  Once you view news stories through the lens of this content marketing technique you can easily spot examples of framing.

Framing can help your content tell your side of the story 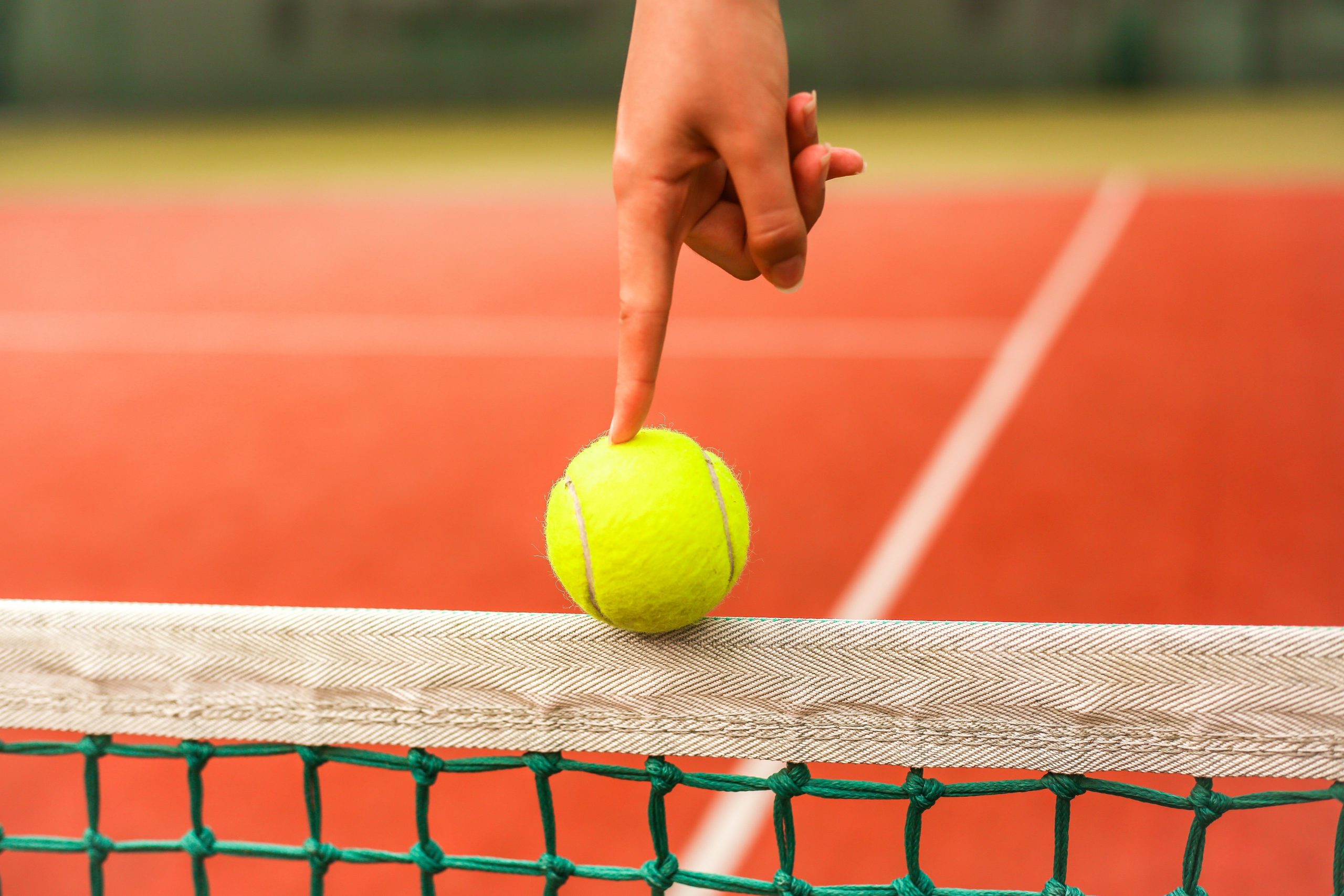 Naomi Osaka, the tennis player,  got a lot of flak for declining a post-match press conference. At the headline level it seems a bit odd – wouldn’t a player LIKE media coverage? Would it not be a part of her personal branding strategy? Of course, in today’s digital media world, there is no particular need for a live conference – the interactions could very well be structured one-on-one interactions.

Osaka also shared a clip of a 14-year-old Venus Williams being questioned – or rather interrogated – by an interviewer about her confidence, until her father angrily intervenes.  And suddenly there is context.  Framing is a content marketing technique that can help with conveying your message accurately.

Is it ethical to use framing as a part of my content marketing strategy?

Framing as a technique is not intended to mislead. It should be used rather to make a story relevant and topical. PETA and Greenpeace consistently use this technique to get visibility for their chosen causes. Poorva Joshipura then CEO of PETA India wrote for us about this in the print edition of Marketing Booster Shot back in 2012 (available on Magzter).

What should you take away from this issue of my newsletter? Think through the framing of all your communication and positioning. Check that your information is relevant to the recipient. And that it is current. Next, check if there is a way to make it ‘exciting’ to the audience. Will they save money? Make money? Feel good?

On the topic of good communication, check out B2B Content Marketing Hacks.  And my article on PR101.

8 Indian Beverage Brands You Should Know More About

What do you think would be Pepsi’s reaction to this news?