Home Insights Our Eyeballs Are Poor 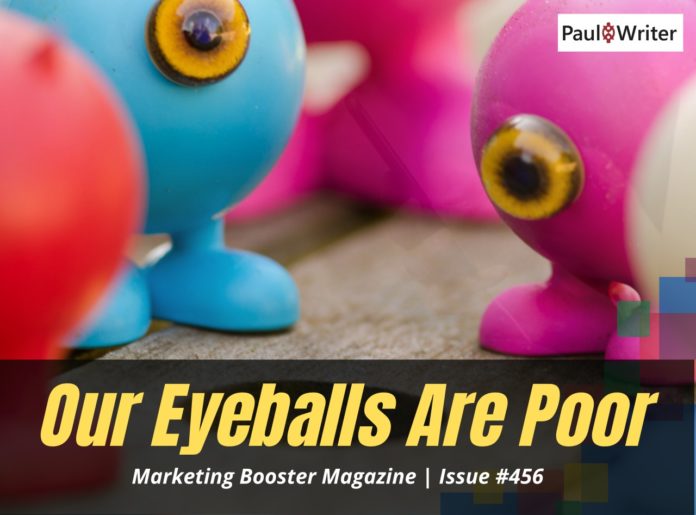 The TikTok ban has reopened a popular discussion – why can’t India produce good apps/products/platforms? We’re an IT powerhouse, so is it just a lack of marketing savvy? This discussion has been going on for decades. I recall it from the days of Infosys marketing Finacle (alias Bancs2000) its core banking software product, which was significantly smaller, revenue-wise compared to the software division. Any product needs up-front investment in build and marketing, and if you are bootstrapped it’s hard to do this.  Product companies invest 25% to 125% of revenue in marketing because the proven trajectory is Mindshare -> Marketshare -> Profitshare.

You need credit – whether it is a loan, investment or funding during the mindshare and marketshare phases. Which could explain why half of the Indian unicorns – those valued at $1 billion or more – have significant funding from China. And also of course other countries. The richer the country, the more likely it is to have spare cash to invest in high-risk startups, no?

In the B2B SaaS space India has some winners – Freshworks, Zoho – but they sell a significant amount of their stuff outside India. Tally, of a similar vintage but which predominantly sells in India has an annual revenue equal to Zoho’s profits.

Cost of creating a software product or platform is pretty much the same across the world as top tech, design and UI talent does not come cheap. But once you’ve got this sunk cost, what matters is how much you can bill per user, and this is where India as a market has an inherent disadvantage. While we rank 7th on the list of wealthy nations because we have so many people, and because the wealth is so concentrated (depending on what data you look at India’s top 1% controls 50 to 70% of its wealth) the average person – and average business – doesn’t have a lot of money to spend. So firms often look overseas to monetize their product. It isn’t just software products, even the likes of Ola and Oyo are trying to grow outside India. The Tata Group gets 70% of its revenue from outside India.

Social media platforms harvest your eyeballs. Google, Facebook and TikTok all make money on advertising. How much a marketer pays for an ad depends on the spending capacity of that eyeball. I’m willing to pay $1 if a click from you can result in say, $10 of sales, but only 10 cents if your spend capacity is $1. Since my costs are pretty much the same whether I price the ad at $1 or 10cents, I would rather sell at $1. I’m happy to scoop up the 10 cents as long as my incremental effort to get this revenue is nominal.  Rich eyeballs subsidize the economy eyeballs. (Think of how the business class seats make the economy class prices possible.) So an Indian version of TikTok can definitely thrive as long as it is structured to survive on 10c rather than a $1 AND does not have to compete with a player at the higher price point, which can commensurately invest more in the user experience.  In other words it would need to be isolated from all similar apps from a richer economy. Or, it could go global itself.

The Dr Rangarajan Committee recommended total bank automation in the 80s. 6 banks were paired with 6 local software providers to build this core banking software. One such was Infosys which was selected to build for Canara Bank. That’s the origin of Infosys’ Finacle which I mentioned earlier. All government protection of industry doesn’t have to end up like the Ambassador car.

As a country we need tighter data and privacy regulation to navigate the digital era. Many, many apps request way more data than is required. What do apps do with the data? My friends at Arrka Consulting, who specialize in security and privacy consulting have put together this neat infographic.

My first prospect meeting for Paul Writer around 10 years ago was more exciting than I’d planned on. It was for a SMS messaging platform where people could post stories via text. I was meeting their CTO and just before we were heading out for lunch I went to the restroom. When I came back there was no sign of the CTO and the very cool security guard-cum-receptionist whisked me out the door and strongly suggested I eat wherever and come back no sooner than an hour. During lunch I got a call from the CEO – I was to meet him in the guest house above the office where he was lurking as the police had hauled off the CTO for questioning. Someone had posted a hate message on their platform and they had to explain that they were ‘just the platform, not the editor.”

Where there is a platform, there will be love. And hate. And hate garners eyeballs, rich or poor. 300 companies in the US join a movement to boycott ads on Facebook citing that it is not doing enough to control hate speech. When Facebook bans terror organizations like boogaloo it gets as much clout as when a government does so as it has become the default communication and recruitment platform for the world. Whether any organization be it Facebook or MitronTV should have that much clout is an important question, and one which India should have too, and regulate at the policy level.

It also shows the power of communication. If you haven’t read it yet, do take a look at this article on 5 Ways Your Organization Can Achieve Effective Communication.

And nothing like a little retail therapy to get over those is-it-Thursday-already blues. This global Quiz is by our Guest Quizmaster Jitendranath Patri. He is a retail, tech and marketing expert who has held roles like head marketing and customer experience for Central. Check out your shopping quotient!

I hope you’ll join me tomorrow at 630 pm IST for a Watch Party with George S Day, Professor Emeritus at the Wharton School of the University of Pennsylvania to uncover what was done by leading organizations to emerge stronger from the unexpected chaos. Just visit https://www.facebook.com/groups/cmoindia/ at 6:30pm and you’ll see the watch party. Easy peasy! This series is being organized by Future Generali Life India

Email marketing and social media have always been two of the most popular digital marketing channels. By nature, though, both of them have certain differences that set them apart. Businesses use emails to keep in touch with their subscribers and deliver relevant information to them through exceptional messages. Social media, on the other hand, helps you reach a larger demographic that might know or not about your brand.

Now, the question is can these two channels work in tandem to supercharge your marketing efforts?

“It’s not what you say, but how you say it,” goes the adage. Effective communication is the key to an efficient and professional work environment. In order to achieve this organizations need to encourage and ensure communication lines are kept open between teams and those in leadership roles. The healthy collaborative environment this creates in-turn increases productivity – allowing organizations to deliver better results and delight customers.

For good times and bad, communication is key