Home Insights Digital Business Mobile User Acquisition Just Got Tougher, Or Did It? 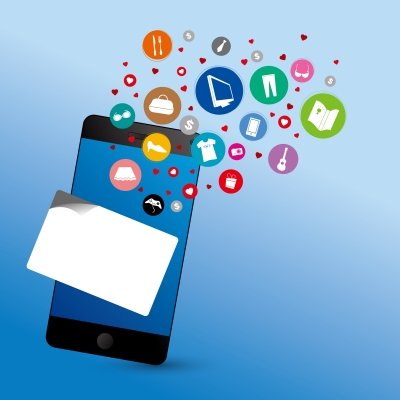 Google has played a master stroke with the release of its “app streaming” services, or so it hopes. For those who were playing along with the “App Only” strategy, app discovery and user acquisition were already a pain. With the new interactive app streaming feature, surfers no longer require to actually download the app on their phones. They can have a fairly native-like experience of the app similar to playing a video. That’s cool but hey, doesn’t that make it difficult for the app developers to get those valuable downloads? This technology could potentially reduce the global app install rates which is currently estimated at 180 billion annually. App installation is projected to rise to over 300 billion annually by the 2020 (Source: insights.venturebeat.com).

Maybe it will make it difficult and may seem problematic to app developers and marketers. But remember, a problem is also a potential opportunity. With the combination of Google’s indexing of in-app content (which it has been doing for a couple of years now) and the new app streaming feature, the app discovery and user’s trial of the app features will become easier and also cheaper. Here is how.

Organic installs will lead to improved quality of users acquired

Currently app marketers are spending a lot of money on user acquisition through paid channels such as adverts on Facebook. But paid channels amount to only about 20-25% of the overall app installs. The remaining 75-80% of installs are actually organic. Paid channels are important and will continue to be so. In fact, it has been found that there is a correlation between paid install and organic installs. For example, on Android, for each paid install of a “transportation” category app an average of 16.6 additional organic installs were recorded for the same app. Similarly on iOS, for each paid install of a game app, an average of 5.4 organic installs were recorded. (Visit Source: eMarketer for more info on this).

Anyway, the point is that getting the user to download the app has been challenging in the last 18-24 months. The real estate on the user’s smartphone is getting pricier. So it must be a real pain when people uninstall the app without using it much. While there are many reasons why someone uninstalls an app including poor user experience or performance, one of the reasons is also user’s perceived utility of the app. When the user starts using the app and finds out that it does not solve his perceived utility, he uninstalls it. Now that must be painful for the app developers! With this new search feature, Google gives an opportunity for app developers and marketers to improve the quality of users acquired. That means, now the users will know exactly what the app does. They also get an opportunity to assess the user experience by streaming the app. If they like what they see, they may download the app. Therefore, they are likely to be your “direct target” audience.

So, to get the best out of this new feature focus on the following:

ASO does not only help in bringing traffic to your Google Play or App Store page, but also in conversions. Having relevant keywords and optimized app description will help in discovery. Also having quality videos and snapshots to showcase your app’s value proposition clearly helps boost conversion.

App Indexing puts your app content in Google Search results. This means that users who have your Android or iOS app installed will be able to open content deep in your app directly from Search results. And for both Android and iOS users, App Indexing will influence ranking, whether or not the user has your app installed. This means that if your app is indexed, Google will use the content within your app as a signal in ranking, not just your web content.

The above two steps will help in app discovery. Now that Google has listed your app in the search result, users can now stream your app. If it solves user’s utility and has great user experience, chances are that the user will install the app after all.

Google has definitely taken a big step towards helping users gain easy access to information locked in apps. By doing so, it will in fact help the mobile app developers and marketers find the right audiences for their apps. This potentially can help app marketers lower their cost per acquisition by reducing the need for paid acquisition through Facebook. So, don’t worry; be happy!

What other impact do you think this can potential have on app marketing? Leave your thoughts in comments.

Published with permission from author.

Image Courtesy of [Feelart] at FreeDigitalPhotos.net

Serial Entrepreneur Joana Picq: How to Find a Co-Founder

Take 5: Make Sure Your Mobile Marketing Is Magical