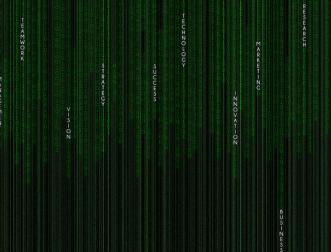 Data can be your secret weapon, but using it effectively is much more about processes and people than about tools.

When Netflix invested in producing its own television mini-series, House of Cards, it did not consider the decision risky. Mining data in real time about the preferences of more than 25 million subscribers (for example, tracking which parts of shows customers choose to replay, and the viewing statistics for films featuring the programme’s star Kevin Spacey), Netflix predicted the political drama would be a hit. It was right: The series sparked a buzz that attracted millions of new subscribers to the Internet video channel.

Though the Internet has existed for decades, the success of House of Cards was made possible by three major trends that have revolutionised the business world in the last few years:

• Big data: The exponential growth of available data will continue in the next years, as holds for the decline in storage costs (130 million terabytes stored in 2005; 8 billion expected in 2015).
• Digitisation: The transformation of all businesses by a digitised business model (Retail, Financial Services, Entertainment especially) has created an explosion of customer data from a wide variety of sources: social media, online stores, streaming data, geo-location data, etc.
• Customer-centricity: By re-orienting the entire operating model around the customer, companies can deliver the greatest value to the most loyal customers for the least cost. Customer-centricity both feeds, and feeds off, the explosion of Big Data and the drive for digitisation.

As the amount and types of collectible data have increased, so has the appetite for using analytics to digest data and harness it for decision support – in real time. This has significantly enhanced the potential role and power of what we call Demand Analytics (or DA), i.e. data-centric solutions that support smarter demand-side decision-making about customers, brands, marketing, budgets and pricing. The term covers everything from experimental e-commerce bundling to running crosstabs in Excel, but digitisation has introduced new tools that allow companies to understand the demand side better and faster than ever before.

Now, we have concrete data linking DA excellence to improved business performance (for example, sales, margin, total shareholder returns). We interviewed almost 500 INSEAD alumni spanning an array of industries and geographical regions, representing companies with revenues anywhere from less than US$50 million to more than US$20 billion.

Our findings show that companies with leading demand analytics capabilities demonstrated higher commercial performance levels. On every indicator, companies in the top tier of DA adoption performed at least twice as well as the rest of the sample. This correlation was widely recognised by the executives who responded to the survey. About 70 percent of the firms with leading demand analytics capabilities have invested considerably and consistently to develop them. Conversely, more than half of the companies that are lagging behind on DA capabilities demonstrate at best an average performance compared to their peers. Our finding is strongly supported by the DA leaders’ executives: 80 percent say that DA is a very important driver of business performance. The correlation of DA with performance was present not only in B2C sectors (where it would be expected) but also in B2B areas such as chemicals and industrial goods.

What Demand Analytics Champions Do Differently

However, a capability gap remains. Even current demand analytics leaders do not necessarily believe they have the right enablers in place and are applying them in the best way possible.

In order to become a DA leader, we have found, companies must concentrate on four key enablers:

• Demand Analytics processes: It has to be organised in clear processes, which are aligned to clear business processes (for example, strategy definition, annual planning, budgeting process)
• Data availability: Easily accessible, high quality data and basic automatic analyses have to be available
• Expertise: All demand analytics employees have to be experts in their field, or the company needs to have at least strong demand analytics talent and some specialists
• Analytic resources: A substantial, multi-disciplinary demand analytics team including specialists, or at least a small team of dedicated analysts, has to be in place

Maybe surprisingly, our research shows that it is more about having the right processes than about having the right tools. Developing a defined process means making digital analytics an obligatory part of decision making. Any major action, from a product launch to an operational change, should require a data-driven justification before it can be approved. Close to 90 percent of survey respondents from top-tier businesses report performing this type of analysis. It’s seemingly a matter of time before demand analytics excellence progresses from advantage to necessity for companies everywhere.

Joerg Niessing is an Affiliate Professor of Marketing at INSEAD. You can follow Joerg on Twitter @JoergNiessing

Innovation: Not a Straight Arrow