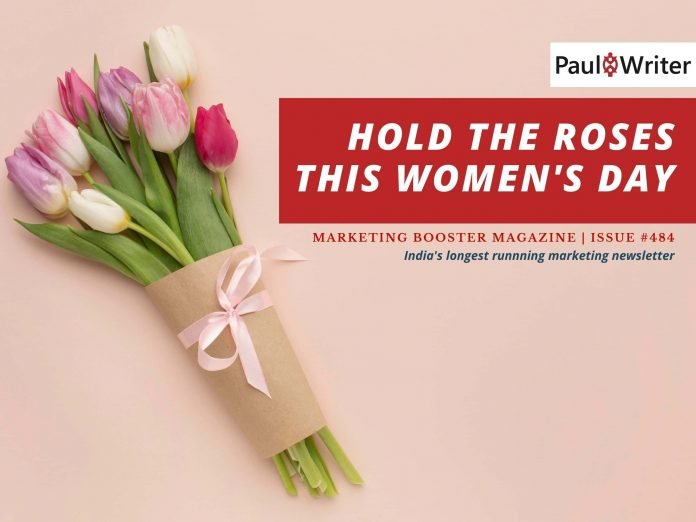 Secretary’s Day was still a thing when I started working. They were mostly women and received cakes and flowers. There were a few men, but despite doing the same job they were usually addressed as Admin Assistant or Executive Assistant. As a naive fresh graduate I did not question these things. Now I find phrases like “male nurse” or “lady doctor” or “lady Uber driver” or “salesman” or even “chairman” jarring. A job is a job regardless of who delivers it.

But back to the roses. Women’s Day started getting ‘celebrated’ in IT companies in the late 90s/early 2000s. Someone in HR decided we should all receive a rose on this happy occasion. Not so “fresh graduate” any more, I accepted the rose and said nothing. The internet was creaky and I don’t remember if I went on AltaVista to figure out what this Women’s Day shindig was all about.

Later, as I got more involved in diversity initiatives in this forward-thinking industry, I understood a little more about what equality for women was all about. And certainly a lot of work was done to remove deliberate discrimination. But when I was given feedback that I was too abrasive, aggressive et al, I thought it was for real. I did not know then that this is a standard problem for women. Apparently to appear confident, women have to be not just competent but also “warm”. No, I didn’t make this up – it’s in Harvard Business Review. So, guess what, even in companies with a no-discriminate policy, women have to be better to be perceived the same way as a man!

Even I was guilty of assuming that a young mother would not want to travel. Or be afraid of working late. Sometimes our kindness is driven by patriarchal notions. Though the outside world also imposes constraints of physical safety that are unfair.

Are men and women the same? Nope. But no human is the same as another.

When the economy needed “masses” to do standardized batch-process type work – think teaching, welding, nursing, construction, typing, sewing, it was sort of logical to group together a somewhat homogenous bunch of people, train them en-masse and set them up in a shared workplace. Gender definitely was one way to get this homogeneity – because of cultural conditioning rather than ability. I hated office parties where the men gravitated to one corner to drink whisky and talk cricket, and the women -and spouses – went to the other corner to discuss er, family problems. Yes, we were the victims of stereotyping – I’m not sure why I never tried to shift the conversation to more engaging topics and instead fled to the men’s corner. White collar women’s participation in the workforce still hovers at around 20% in India whereas US has just crossed 50% on the back of hiring in healthcare and education, and a decline in manufacturing and mining.

Today’s economy can handle much more diversity. In fact, selling to an audience-of-one requires a diverse workforce. Work from home makes the homogeneity less demanding than before. When it’s just me and my snazzy Zoom background, my choice of music/fragrance/body piercing/food/religion/apparel/pet is less likely to trouble you than if you had to sit next to me all day long. We don’t even need to do batch training in a single physical location, and learning can be lifelong rather than relying on school. Automation and training simulators can help make even physically arduous industries more accessible.

Research and conferences that talk of “Women’s Leadership Styles” actually do a disservice. Deng Xiaoping’s famous quote of “It doesn’t matter whether a cat is white or black, as long as it catches mice” comes to mind. Is it possible to make the workplace gender-neutral?  And talk of Leadership without attaching modifiers? I confess I’ve participated in my share of “Women’s Conferences”. They do serve a purpose – to help women understand the ways in which implicit biases operate in their context. We can perhaps find others with similar problems or a mentor. But they do not help to make the workplace more neutral – that can happen only when all genders sit together and discuss research on these biases. I strongly recommend the “gender” section of HBR to build an agenda for your conference. Or maybe just sit together and watch a movie like “Hidden Figures” and then discuss our takeaways. (The toilet issue really resonated with me – in 2003 I was on the “Directors” floor of a large company for a meeting. I went looking for the loo – could find only a urinal. The security guard carefully explained that it was a “Directors” floor and “all directors are men only, no, madam?” I had to trudge down two flights of stairs for the only women’s loo in the building.) Government policy change has driven a transformation in this aspect – yay for that!

So. This March 8th. Hold the pink ads. Hold the roses. Hold the chocolates. Or give them to everyone.

As always, love your responses to my newsletter. It’s only fun when it is a conversation! 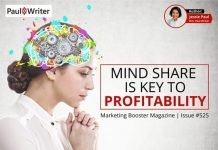 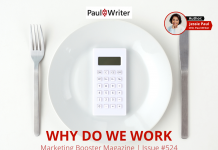 Why do we work?