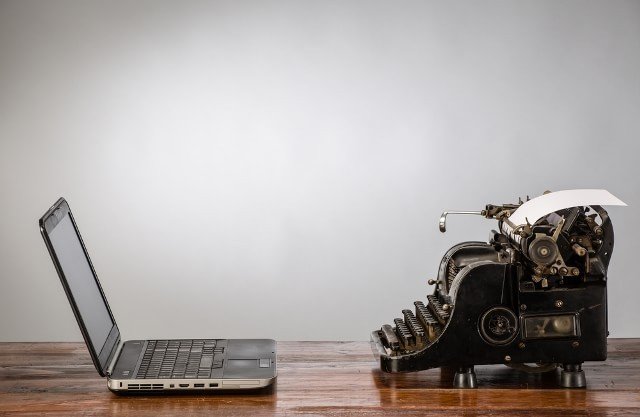 “Mobile & Videos will be a continued theme in 2016, as top Indian publishers predict digital publishing trends for 2016”

2015 wasn’t a great year for publishers to rejoice across the globe, specifically US and Europe.Global publisher problem of Ad-blocking or ad filtering with the use of apps is yet to hit Indian publishers. With digital reaching double digits in terms of users in the country, the industry has witnessed continued growth in views from social media and ad dollars being invested by businesses.

“This year, India witnessed its first Digital Diwali. And more so, at the Indian Express. We saw lots of serious interest in the digital space by many brands, who put money where their mouth is,” shared Anant Goenka, Head, New Media, Indian Express.

Along with social media, Mobile is playing a serious role in changing consumption behavior as the country is proliferating with smartphones. “2015 has seen a confirmation of the trend of rising adoption of digital especially mobile as the leading source of content consumption. For e.g. Our user base on mobile is now more than desktop, a 60-40 break-up, with mobile user base growing almost 100%,” informed Saurabh Garg, Head Digital, Haymarket SAC Publishing. “As a publisher our revenue from these sources has jumped almost 200% from a year ago.”

Indian publishers experienced their own highs and lows of 2015 – digital with all its potential is still the new kid and print in India continues to grow. To understand whether the positive trend will continue, Lighthouse Insights spoke to some of the interesting minds from the publishing world. Listed below are the edited excerpts of their thoughts shared over email conversations:

In the recent past a number of digital content startups have sprung up in India, and I see more people moving into this domain in 2016. Digital content is hard and not everyone’s cup of tea. Hence there has always been a dearth of great content and digital publishing companies, especially in India. Even the old guards have found it difficult to navigate this new and dynamic space. Only some of the major media houses in India can claim to have a formidable digital presence. So 2016 is likely to see good action in this area.

Given that mainstream media publications are increasing their focus on their online and mobile operations, I hope it won’t be a race to the bottom, in terms of viability of businesses.

The Times of India group clearly has the sharpest strategy for digital: they’ve built out the partner network in the general news space, and have a very well defined vertical strategy in the business space. Vertical publications and other mainstream publications will struggle to compete with them on scale. We expect some consolidation in the market towards the end of 2016, if not sooner.

A strong shift to mobile, esp the magazine app as mobile content hub, by the majority that’s still on the sidelines. Among top newspapers, HT will make a major shift to digital; some (TOI) have already gone there; others will follow. Revenue from the mobile app will still be a question mark.

A bigger focus on content aimed at the phablet or 5″+ screen phone will be seen among magazine apps.

I think Mobile & Videos will be a continued theme in 2016, with Publishers adapting their publishing form & content to suit the mobile platform. We have increased the output of content across all digital formats, for instance doubling the number of videos we churn out leading to an almost 150% jump in viewers. Logically, this also holds true as a trend for monetisation, with advertising monies on Digital growing  on Videos, Native & Content Integration.

One trend I could see was that digital books are finding uptake in academic publishing. The MD of Springer India, Sanjay Goswami, told me 60% of their publication is digital and libraries are subscribing to digital editions of journals. In Britain, school-going children have tablets on which content is loaded. They don’t carry print books. This trend is likely to pick up in the future.

And true digital-first world might evolve when the generation that is students today grow to become buyers and decision makers. In India too, the education sector uses digital technologies extensively but there are only private companies that are promoting content on the digital platform. The Government hasn’t given a formal approval for digital classrooms. It’s the initiative of individual schools. But CBSE, as far as I know, has introduced computer science from Class I onwards.

I think 2016 will be the year of Video content. We’ll see a lot of content, both fiction and non-fiction, being consumed in the form of videos. So naturally, the publishers who’ll bet big on video and execute well, will come out on top.

​I think getting audiences to respect high quality content and pay for it is a trend generally seen in the media space with digitization in television, expensive tickets for on ground events, ​iTunes building its library and its user base, YouTube and Saavn launching premium ad free services. All trends pointing to an attempt to make audiences pay. Even for commoditized content. And I think that trend stems from the fact that even the most disruptive and well-funded businesses are now looking at their operations from a P&L perspective, not just a low cost per customer acquisition perspective.

Let’s be clear that the trend is very nascent and that most of the bold paywall attempts are being made by platforms and not by the content companies. So I still don’t think publishers are going to put up paywalls anytime soon.

At the Indian Express, we’re growing our user base and digital revenues exponentially (we’re the 3rd largest English news site in the country and the fastest growing) and I suspect, just like us, most other publishers wouldn’t want to jeopardize their digital penetration quite right now. ​But for the first time there is the start of an attempt to create a culture to get the user to pay. This is wholeheartedly welcome.