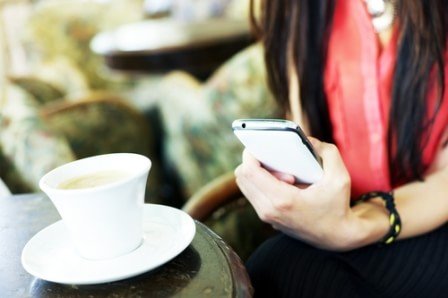 The report includes five quarters of data from April 2014 through June 2015, and reflects an aggregation of advertisers using the Adquant by Kenshoo platform that are Mobile-only and have defined a Mobile App Installation as a conversion. The resulting data set comprises over $40 million (USD) in advertiser spend, and over 25 million app installs, targeted across over 100 countries worldwide.

With the increasing attention on mobile app marketing via social media, Kenshoo reported overall paid social growth across all advertiser types (including, but not limited to mobile app advertisers) for Q2 at +114%.

Cost per Install continues to carry a premium when targeted at iOS devices, although the influx of new advertisers and new apps has narrowed that gap considerably and driven overall CPI down starting in Q1 of this year. General Consumer apps — such as finance or transportation apps — cost less per install than Gaming and other app types.

While the social channel is moving towards bidding based on conversions rather than reach or clicks, the more familiar pricing metrics can still provide valuable context for marketers. On a per thousand impression basis, the cost of mobile app advertisements on paid social media is down just 1% from Q2 of the previous year.

In the cost per click market, handful of advertisers entering the mobile-social market in a big way, but with a focus on lower-priced clicks, impressions and, ultimately, installs. iOS dominates the cost per click by operating systems, along with gaming apps.

The CTR gap between Android- and iOS-targeted ads has narrowed in 2015, but Android still holds a slight edge when it comes to high-level engagement. The wider appeal of Consumer apps may drive the higher CTR than Gaming and other app types.

In terms of engagement trends, the report states that once a user has clicked on a social ad for a mobile app, just under 1 in 3 of those clicks turn into an actual app install. Android and iOS have similar results in three of the five quarters described by the index, with Android holding the overall edge based on the other two quarters, which may have seen specifically compelling Android titles.

The growth of mobile app advertising spend speaks to both an increase in the number of advertisers and increased spending from those advertisers. The switch from reach – or click-based bidding to algorithms that are based on conversions (installs) reflects all of these dimensions, and should encourage continued investment as marketers become better equipped to draw a more direct line from their investment to the value of, and flowing from, the apps themselves.

Published with permission from Lighthouse Insights.

Mobile User Acquisition Just Got Tougher, Or Did It?

8 Things Marketers Should Know On The State Of Mobile Advertising