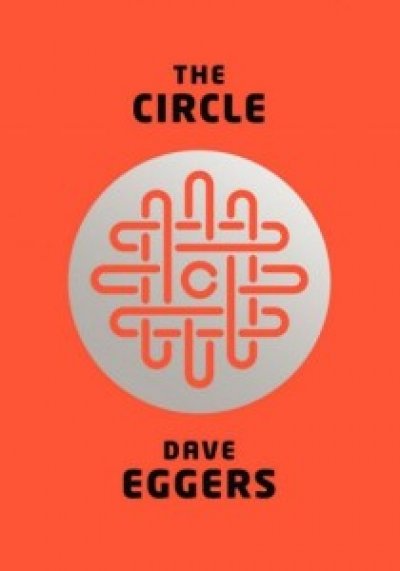 If you’ve worked in the technology field, chances are high you’re familiar with Amara’s Law.

That “Law” seems purpose-written for the current debate on privacy and digital identity. Pundits and opinion run rampant on the subject.

Topping the New York Times bestseller list, the ubiquitous reach of social networks turns ugly and Orwellian in Dave Egger’s book “The Circle”. The Economist, never one to shy away from a critical debate, dedicated a recent issue to the speed with which wearable technologies like Google Glass are creating an always-on, always-recorded world – with or without our permission. Usually techno-positive in their outlook, in this case their positivity was more guarded. They see as many pitfalls as they see potential.

All these technology advances have one ultimate destination.

The creation, and activation, of your digital identity.

That holy grail that allows the flesh-and-blood you to connect seamlessly to the Internet of Things. Your preferences, your purchasing history, your financial accounts, your medical history (and medical present), your friends and their recommendations all digitally woven together so you can interact with everything from booking engines, vending machines, family doctors and shopping carts in a pain-free digital Utopia. 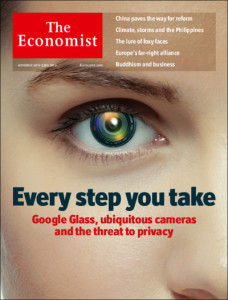 together. This well-researched piece from Robin Arnfield breaks out the infrastructure and business thinking behind these local moves. Rogers is launching a bank, partnering on mobile wallets, TELUS is deepening their infrastructure in the area of digitizing healthcare records that, like any e-gov initiative, sorely needs private sector assistance. I do find it a delicious irony that a country that has agonized over defining its national identity is barreling toward digital identities with little of the same introspection and hand-wringing.

Honestly as interesting as the business strategies are, I’m more interested in this debate from the POV of average citizens.

I‘m no techno-anthropologist – I leave that stuff to the brilliant Sherry Turkle – but I do believe it is an important issue. So important, that I’d strongly urge you to watch this recent Op-Ed piece from the New York Times on Digital surveillance.

Personally I don’t know quite yet.

I reached out to three friends in three very different markets. London, Toronto and Stockholm. I wanted their opinions – as seasoned marketers and average citizens – on what digital identity means to them in their countries.

Here’s their thoughts on this very contentious subject.

That is what I would call an eminently reasonable response. Whether they are aware of it or not, Canadians have echoed the counsel of John Stuart Mill: privacy affords us the autonomy to make choices freely. If we value that freedom, we must actively defend it. How vigorously we are ready to do that remains to be seen.

Case in point,it was recently reported that medical records for several million Swedes are stored online in unencrypted form, and lack basic firewall protection, yet this glaring error failed to create public outrage. The Swedish Data Inspection Board criticized the system heavily, but reactions in media and among citizens at large were hardly noticeable. We Swedes seem to place a lot of trust in our government and trust they’ll effectively govern corporations, and themselves, when it comes to our data.

There are exceptions. There is an ongoing debate about whether the Swedish Intelligence Agency (SÄPO) should be able to monitor domestic email traffic via Swedish telcos. Only one telco, Tele2, has taken a clear positionagainst it. They’ve refused to grant access to their traffic information for the sake of their clients’ integrity. Will the others will follow Tele2′s lead? It is too early to say, but if not it could turn out to be a real competitive advantage for Tele2.

Its about your age, not your market

My information should lead to My Internet.

Perhaps my generation, and the next, is just more hopeful and optimistic that all this information will lead to something positive. Social networks, as useful and intrusive as you choose them to be, were a first step. And the true personalization I’m talking about is really just in its infancy.

If more products or experiences were like this particular gem – the Craft Beer London App – then I think we could really start talking about Digital Identity. How about it not only did it told me about a fantastic local pub, it also pre-ordered a drink I would like as I walked through the door… ahhhh the cold, refreshing taste of the future?

So what can we conclude from these three markets?

What commonalities? What differences?

Personally, I was surprised at the commonalities. A very subdued reaction from the average citizen. The outcry against Project PRISM seems now to have been a momentary flash in the pan.

Perhaps the reality of your digital identity isn’t real enough yet. We still reach for our credit cards after dinner, fumble for government-issued ID when we go to the doctor and have to remember numerous PIN’s and passwords when we want to buy anything online.

Maybe we should revisit this topic when buying jeans from The Gap is as easy as a Tom Cruise movie?

What say you Dear Reader? Are you salivating at the usefulness of a Digital Identity? Are you in the Aldous Huxley or George Orwell camp?

I’d love your comments below.

So too would the NSA I’m sure.

My thanks to my friends from various markets.

Will Novosedlik likes to play in traffic at the intersections of business, politics, branding and design. He is Head of Brand Experience at global strategic innovation consultancy Idea Couture and is based in Toronto.

Karl-Oskar has spent the last 17 years marketing FMCG, consumer electronics and mobile phones. He is currently Head of Marketing for Pay TV within MTG, one of Sweden’s largest media houses. Karl-Oskar is passionate about marketing that creates real tangible results and drives a business forward.

Adrian Jarvis is a freelance strategy director currently working with a range of leading digital agencies on branding, platform design and connected devices. Over the last 18 years he has worked for both major agency networks such as Ogilvy and McCann Worldgroup, as well as leading digital specialists such as R/GA and Organic Inc. 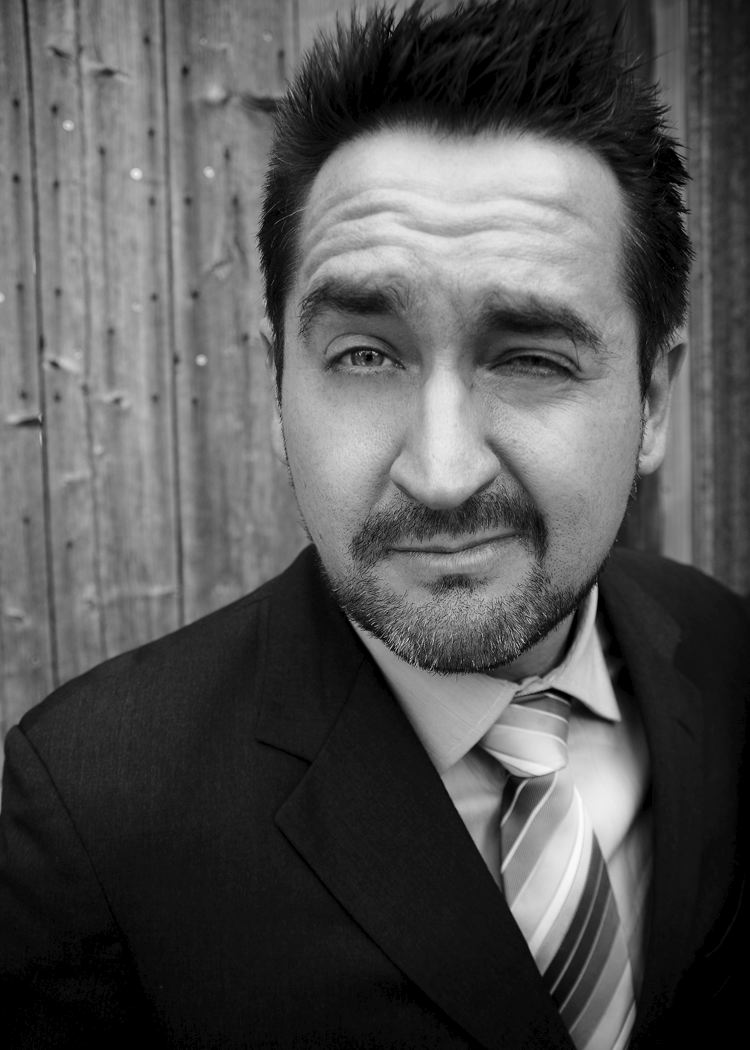 About the Author: An insatiable curiosity is my defining characteristic. Which is probably why I got into advertising over 14 years ago. I know it ain’t a real job in comparison to say, a fireman or a nuclear physicist but hey. Anyway, along the way I’ve developed an opinion on a coupla things. This blog allows me to air a few of those opinions and thoughts. I thank you for your visit and welcome your feedback.

Reproduced with permission from his blog