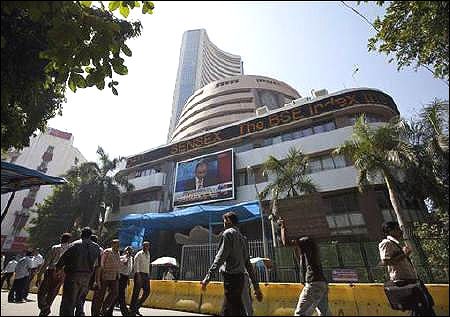 Indian IT service companies joined their US and European peers in Boston last month for ITSMA’s 20th annual conference. The conference’s theme, “The New Face of Marketing,” came alive in triumphs by four Indian companies, which won five of ITSMA’s 2013 Marketing Excellence Awards and dominated the thought leadership and sales enablement categories:

Each in its own way, these entries highlight marketing’s new power to get close to the customer, bring revenue to the table, and measure results. And that new power is apparent to others in the company. Karen Walker, Cisco’s SVP of marketing, told the conference about the impact of changing a single word in Cisco’s internal terminology. A pursuit used to be called a “marketing-influenced opportunity.” Now it’s called a “marketing-generated opportunity.” As a result of the change, marketing activities are now visible, disciplined, and subject to the same scrutiny as those of sales.

HCL’s winning entry in the thought leadership category was its CIO Straight Talk magazine, website, and invitation-only LinkedIn group. The initiative turns the traditional thought leadership model on its head: make the CIOs the experts by enabling them to tell personal stories about how they’ve successfully navigated IT disruption. Sales talk was banned. Storytelling was elevated. The focus was on the human side of IT management.

This approach showed empathy for customers and the challenges they face. In FY13, these stories helped generate inquiries and new business from a number of Fortune 500 CIOs, and provided access to over 1,000 executive-level IT managers at large companies.

Infosys’s winning entry in the thought leadership category was its “Connect with the CMO” campaign. We’ve all heard that the CMO is becoming more and more influential as a buyer of technology and related services. But the CMO is not a familiar audience to IT services providers. To grow beyond selling software services to CIOs, Infosys had to reach out to segments such as CMOs of European consumer and packaged goods companies.

With this program, Infosys showed how it could reposition existing content for a narrower audience. I was impressed by the integration of thought leadership, via co-branding, with well-known media properties. In addition, the initiative covered the waterfront: more than 25 pieces of targeted thought leadership published in The Financial Times, The Marketer, Brand Republic, CFO Insight, BBC News, Stratégies, Internet Retailing, Retail Times, and B2B Marketing. The campaign enabled sales to call on 40% more companies and create offerings for a third of the target companies. It helped change the perception of Infosys from a systems integrator to a potential partner in realizing digital marketing initiatives.

Tata Consultancy Services called its sales enablement entry “Driving Sales Success through Intelligent Marketing and Marketing Intelligence.” TCS faced two problems: identifying large, multi-year contracts outside the IT function and, once they were found, differentiating TCS in an increasingly commoditized marketplace. Marketing made it a mission to address both by identifying multiple decision-makers and arming sales with smart things to say. It did this by conducting account-level research using proprietary research tools and supplying sales with easy-to-consume profiles, trackers, event playbooks, and weekly alerts aimed at gaining deeper insight into prospects. I was impressed by TCS’s detailed and thoughtful approach, how the approach was driven by data on client needs, and the metrics used to track the results. This is marketing-enabled thought leadership selling at its best.

HCL’s Game Changer Forum (GCF) was also a winner in the sales enablement category. HCL cleverly enlisted customers in the effort to mentor and coach salespeople. GCF is a clearinghouse of best practices on managing the relatively small number of global growth accounts that account for a large proportion of the company’s revenues. The group, comprised of both mentors from the Customer Advisory Council and account managers of large accounts, convenes on a regular basis to share, learn, and collaborate on industry trends, changing business priorities, successful account governance models, and new revenue generation strategies. Marketing’s role is to capture the proceedings and translate the information and advice into actionable plans.

Within 18 months of launching GCF, HCL was able to increase its customer satisfaction scores, cross-sell more service lines within customers, and increase its revenue from its top accounts. GCF participants also reported more confidence in their ability to clinch large deals after each meeting.

Marketing with Social and Digital Media

Wipro’s winning entry in the social and digital media category was designed to provide value to the business by enhancing the Wipro digital brand with a customer-centric approach. According to Wipro, the company has the strongest digital presence among its peers, as measured by its Klout score and ratings by the benchmarking company Unmetric. The metrics also made the results tangible for the sales force: a 25% increase in website traffic to 3.6 million, over 200,000 downloads, and new leads brought into the sales pipeline. More importantly, the company moved from a silo-centric approach to a more unified one focused on customers and channels.

Each of these award winners was able to demonstrate marketing’s impact with tangible metrics. Each showed its own version of “the new face of marketing”—and in doing so, added its own contribution to the ongoing revolution in marketing.

Dave Munn is the President and CEO of  ITSMA, dmunn@itsma.com 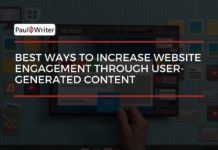 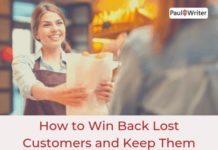