It’s not often that a brand tweets ‘F*** you’ to its followers and gets away with it. But, when Nokia New Zealand tweeted these two words, it got away in style. The Finnish phone maker’s New Zealand social media team must have been dumbstruck when it saw this tweet made from its Twitter handle to its then 916 followers:

13 minutes later upon realization, the abusive tweet was deleted and an apology was tweeted instead. The account also added that it’s investigating the source.

The tweet did create a minor storm. While the original tweet received 70 retweets and 43 favourites (as you can see in the screenshot), the apology one received only 53 retweets and 39 favourites. That’s human nature, we love spreading bad stuff more than the good – in this case the witty apology tweet.

Yes, an error did occur because accounts are handled by humans and to err is human. We do not know whether their account was hacked or some unhappy employee did it on purpose. In fact, most such cases usually involve an account mix-up; the executive in charge of the brand’s Twitter account mistook it for his/her personal Twitter account. But, taking immediate action of issuing an apology worked in their favor, as its also human to apologize. And we can observe and learn from this.

– While Nokia NZ deleted the abusive tweet, it also issued a quick apology to its followers.

– The tone of the apology is witty and humorous, unlike the usual apologetic tweets issued in such cases.

These actions helped maintain what the Twitter account stood for – being available, friendly and approachable for Nokia NZ followers. The account has grown its follower count since then.

Parallelly, the Star Sports Twitter blooper we witnessed recently was not handled in an ideal manner. Here, the apology tweet was shared nearly four hours after the abusive tweet was sent from its Twitter handle, while Star Sports also added that it is investigating the issue. Though the abusive tweet was deleted quickly, the handle continued tweeting its regular sports related news, completely ignoring what it had tweeted earlier. Meanwhile in the four crucial hours, screenshots of the abusive tweet made the rounds on Twitter, collecting even more brand mockery on the way. Star Sports had 141K followers at the time of the incident.

Trending on Twitter for the wrong reasons is something brands need not suffer, as these can be avoided with a little communication. A quick apology is the best bet. And a quick apology accompanied by wit is even better. The investigation can always come in later as followers need to be chilled down first. Hoping brands take a cue from this and we do not have to report Twitter bloopers in the future!

Co-Founder and Blogger at Lighthouse Insights. A student of life, art and building relationships. Love to read just about anything and strongly believe that books make a beautiful world.

Published with permission from Lighthouse Insights

Our story behind the “Made in India. Made for the World” campaign 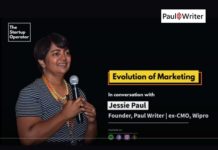 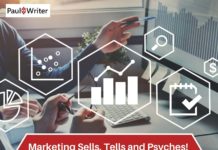