Predicting the future is fraught with problems. At best, one can look at shape of things to come based on the present. However, if the present is itself going through a rapid churn and transition then the task is even more difficult. Advertising as we knew it for the last half century is no more.

I spoke to practitioners of advertising, advertisers and a well-known trend spotter to arrive at some understanding of – What Should Advertising Look like in 2020 and what are we doing to get there.

The ubiquitous internet has disrupted our lives in the last decade. While it spurred globalization to promise us a more prosperous flat world, it was instrumental in the death of companies and entire industries that include publishing, retail, photo films, music and the list will go on into the future. Further, if companies are not watchful they could be part of the graveyard. This virtual omnipresent, omniscient and omnipotent force has now arrived in Advertisingville rendering the traditional broadcast model of paid advertising that has been at best interruptive and based on one way communication to a supposedly passive consumer, dead. Internet is not a channel but is polymorphic adapting to different devices from PCs, to Smartphones, iPads, tablets and so on. Its inexorable growth is best seen in Social Media (SoMe) in a pithy summing up by Friedman – “The world has gone from connected to hyper-connected…six years ago, Facebook didn’t exist, Twitter was a sound, the cloud was still the sky, 4G was a parking place out there, applications were what you sent to Yale and for most people Skype was a typo.”

The web has empowered the so called passive consumer; she has access to entertainment, information and can have conversations with her circle of influencers, and brands and companies – and all this 24×7, all 365 days of the year. Technology has changed the way media is consumed; advertising messages can be zapped, brands ignored, rejected or befriended or better still recommended to community. Consumer advocacy is a bonus for brands but the flip side is dissatisfaction aired on the internet and SoMe. Big companies are sensitive to disgruntled minority voices which can occupy a large share of consumer mind space damaging companies and brands in the process.

The Way Forward For Brands

Increasing globalization means that the term decoupling does not apply anymore to any nation or region.  Financial crises leading to austerity measures, recession and unemployment among other things, has led to what the Futures Company calls the ‘Enraged Consumer’ demanding corporations to engage in solving some of these problems.

So how do brands need to respond;

Not enough WORK IN PROGRESS. A ten year old today will become the mainstream consumer in ten years time – a tech cognoscenti and SoMe denizen. Already, technology has disrupted the traditional advertising model of Awareness- Interest-Desire-Action. Consider this – next time I get on to Facebook, my friends share Zaggora slimming track pants and persuade me to buy them online instantly. Next time I ask the bartender about the music playing in the bar, he introduces me to the Shazam app that tags music and videos for me. I sit glued to the TV set watching the closing ceremony Olympics 2012. My Facebook friends are a combination of newsroom, mall, directory and encyclopedia on infotainment. I am now finding it difficult to separate my cognitive and affective responses.

Despite such media disaggregation, and changing media consumption no one really believes that traditional media is dead – though TV might be viewed on the web or web browsing may just be a means for figuring out what to watch on TV. Offline and online activity seems natural and seamless to consumers and marketers will need to go with that rather than see them as distinct.

Marketers believe that brand building still relies on awareness, trial, repeat purchase and loyalty but the challenge is doing this when long drawn marketing plans will not stand up to the immediacy, fickle and fleeting nature of the internet which demands instant response.

Scenario in 2020 will be ramping up of technology with 80% of the world online and advertising targeted at individuals rather than ‘segments and cohorts’. Interactive Advertising Bureau, in a new study reports that over $500bn of US GDP is attributable to the internet ‘ecosystem supported by advertising’. That is good news for marketers. The big change coming is individual customization of the message from a brand; today there is data available with the Big 5 – Google, Twitter, Amazon, Facebook and Apple related to an individual’s interests, purchase and social behavior. Chances are that the ads for a brand that you and I will see on our ipads will not be the same. 2020 will see better mining of data and insights and delivering to consumers only what is relevant and interesting to her.

D&E markets are embracing change even faster as smartphones and tablets multiply.

There are some big challenges going forward –

So for now, there are more questions and challenges than there are answers. As always, however, uncharted territories offer opportunities and possibilities.

Kamini Banga is an Independent Consultant on Emerging Markets, Author and Columnist

(Published with permission. This article was originally published as part of the Wharton Future of Advertising Program’s Advertising 2020 Project“, wfoa.wharton.upenn.edu/ad2020’) 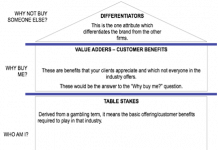 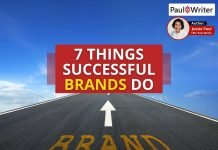