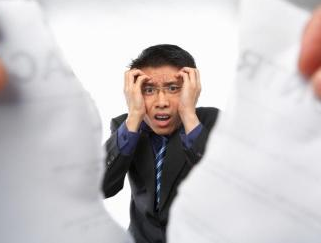 It sounds fine on the face of it, but not everyone will get what they want and this is more likely to happen to you if you fail to spot the traps.

A lot has been written on the subject of negotiations and even on the relatively recent concept of win-win. Such negotiations happen when at least one party tries to get what she or he wants from the other party without the need to use power. Unfortunately, win-win has, more often than not, been misunderstood.

Who has not been told to listen to and trust your counter party to build a win-win environment? That transparency and fairness can create more value? That being nicer and faithful leads to longer-lasting relationships? That committing to a win-win outcome generates optimal results?

Indeed, having analyzed survey answers from 122 students from all over the world at INSEAD’s Asia Campus in Singapore, it became apparent that there are seven commonly held beliefs about a win-win negotiation: 1) build trust, 2) listen carefully to your counter party, 3) be transparent, 4) be nice, 5) be fair, 6) be faithful and 7) commit to a win-win outcome.

On the face of it, these beliefs may only seem to be common sense. Consistent with this is a guiding principle in Chinese society called guanxi – personal relationships with people from whom one can expect (and who expect in return) special favors and services.

Therefore, given its cultural norms and values, it is often a prerequisite in China to establish a good relationship with a negotiation party with the expectation of reciprocated moves during a negotiation.

The major underlying assumption here is that reciprocation will take place, which naively ignores the risk that it may not. As such, these beliefs – seven win-win negotiation myths – can weaken the ill-advised win-win negotiator and risk creating a power opportunity for the win-lose-minded negotiator to exploit. It’s time to explore the seven myths and recommend more refined and effective win-win moves.

Building trust seems intuitive in a win-win negotiation; however, trust does not always generate reciprocation. Furthermore, trust is subjective, feels too absolute and requires time to build.

A better strategy for an effective win-win negotiator is to promote interdependence instead of trust. Interdependence is very effective because it is built on the understanding of both parties that it is in their self-interest to work together.

Just listening is not very effective because people often listen to their assumptions, do not normally learn listening techniques or find it too passive in a negotiation. Even active listening is too reactive because one needs to follow what the counter party has to say.

In order to remain in the driving seat of a negotiation, one has to master the skill of proactive learning. This emphasises the “question first” approach, allowing the negotiator to lead the process in a direction that will maximise learning and improve decision-making.

Every negotiation has relationship, communication and substance aspects to it. Whereas it is advisable to be transparent with regards to relationship and communication, we prescribe being translucent on substance.

Being translucent means revealing just enough information on substance for the counter party to be motivated to reach a mutually beneficial outcome; this is consistent with avoiding power play and unethical pitfalls as well as not feeling pressured to reveal everything.

The problem with being nice is not only that it expects reciprocation, but also because it may be misinterpreted as a sign of weakness or conversely as a sign of arrogance, which would invite undesirable power moves.

One is advised to be a positive – not naive – negotiator who initiates a balanced, value-focused dialogue where exchanges get progressively larger as the counter party reciprocates. This encourages reciprocation and maximises both parties’ value.

Since fairness is often subjective, exclusive or even seen differently by the same person depending on a situation, it is not always effective in a win-win negotiation. Fairness is only powerful when it taps into all parties’ value systems and thus makes sense to all.

Instead of being subjectively fair, we suggest an effective negotiator be reasonable, which means to find a common meaning that is validated within each party’s value system. A move that lacks such common meaning might be considered unilateral and thus rejected by the other.

The best approach in a win-win negotiation is to be loyal to the negotiation process instead, which is still consistent with being collaborative and positive towards your counter party.

This means that you are firm in supporting the negotiation in front of you but not 100 per cent committed to the person if the negotiation turns out to be detrimental to you.

Commit to a win-win outcome

In committing to the win-win process rather than the outcome, the negotiator focuses on what is within his or her control. Since a win-win outcome can never be guaranteed, an effective negotiator cannot commit to it but can commit to preparing and following a negotiation process that is in the spirit of a win-win mentality.

Let’s look at one of the myths above to see how it really works in practice. The story dispels Myth No1 and illustrates how interdependence can be a lot more effective than trust in a win-win negotiation:

When Wong heard that her long-term information technology provider, Wan, was 100 per cent certain his products would arrive on time, she asked as a guarantee for them to be free in case of delay. Wan refused. Wong asked if he was really 100 per cent certain that the delivery would be on time. The provider proudly confirmed it. Wong argued that if the delay risk was zero, so was the risk and the cost of the guarantee. Wan agreed and worked hard to deliver the products on time.

Wong trusted the provider, but did not bet her deal on that trust. While people may have good intentions, they also make mistakes or are overconfident about their possibilities to deliver. In aligning their incentives, Wong generated interdependence and ensured the deal worked well for her.

The seven myths mean many win-win negotiations are poorly implemented, which might make them appear weak. However, the fundamental tool of a real win-win negotiator is power abstinence, which does not mean weakness but rather a strategic choice often made with the hope of achieving better results.

This article was first published in the South China Morning Post

Horacio Falcão is a Senior Affiliate Professor of Decision Sciences at INSEAD, where he teaches mainly on the topic of Negotiation. 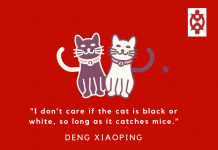 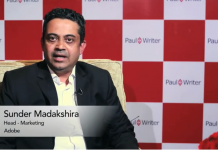 Can the Elephant Dance Again? An ABCD Brand Perspective for the...