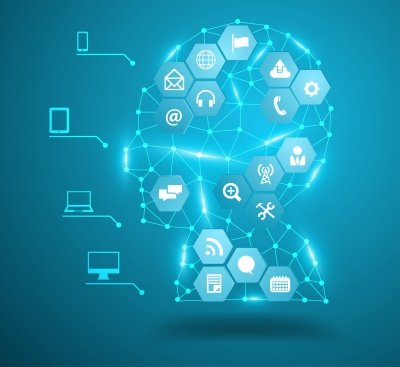 The day the Earthquake struck Nepal (last Saturday – April 25), Lenskart made a terrible gaffe on Twitter (and on a text message broadcast). This. 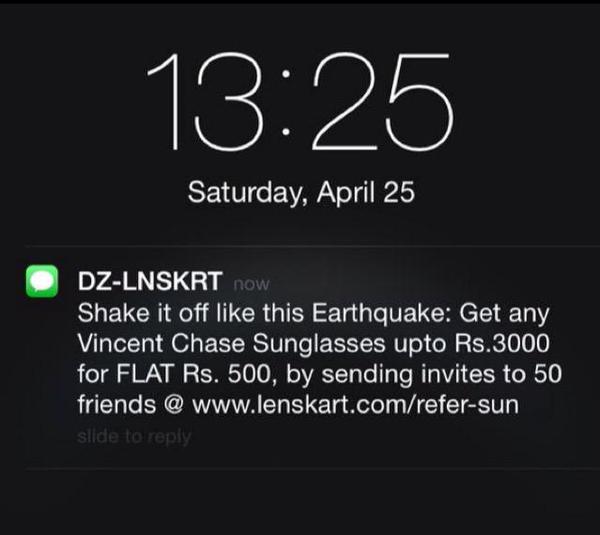 Apparently, they were not the only one and Social Samosa had a round-up of other brands who goofed up with their social media messages by being massively insensitive and plain dumb (Being socially insensitive – Lenskart, Troika Consulting and ScoopWhoop).

While a debate on why it happens and what happens when you let inexperienced people handle social media (while having phenomenal processes for media interaction to ensure that all messages are *controlled* – oh, the irony!) is a topic for a different blog post, what I’m more interested to explore is what happened to Lenskart on Sunday, when an aftershock struck Nepal.

This… was being shared all over the place.

If you notice the text, you’d realize that there’s no way this could be from the brand. This is a sarcastic idea of a protest by someone really clever, and considering it was first tweeted by a handle called @steppenwolf, I assume he was behind it.

He followed it up later with another tweet that pokes fun at a world that assumes such messages coming from the brand and he’s bang on the target there!

Now, many people were sharing this on Sunday on assorted assumptions,

1. Many had not even read the 2nd message; they saw Lenskart’s name and thought the Saturday tweet was being shared again and just re-shared it again in outrage mode.

2. Some actually thought the brand had shared this tweet on its own, after being severely panned online on Saturday and having apologized endlessly on Twitter, and through a brand blog post by the founders.

3. Many others shared it on the premise that if the brand hasn’t denied tweeting this, then it may have tweeted it after all.

Hold on to this line of thinking.

Take a look at this BuzzFeed list of interns ‘who have probably been fired by now’.

One of them happens to be a purported tweet by CNN-IBN. A minor detail: this was never tweeted by them and was a prank by someone who hates the television channel.

Someone from CNN-IBN has commented on the list pointing out that they have added a fake tweet that was never sent by the brand in the first place, but the damage is already done – it was done earlier on Twitter when people shared this fake tweet widely, attributing it to a screw-up by a CNN-IBN intern and BuzzFeed further enhancing the credibility of the fake tweet (as much as I’m doing it, in this blog post – which is why I added a ‘FAKE’ label on it so that if at all people share it from this post, there is a clear note that it is fake).

Let me connect the two now – Lenskart and CNN-IBN. In both cases, the brands bore the brunt of a fake message that was sent with its brand name.

In case of Lenskart, the message was obviously non-brand’ish, but given the day-old screw-up, people were willing to wonder if the brand had screwed-up again instead of outright rejection of an outrageous message like that ever coming from a brand.

In case of CNN-IBN, well, interns and other disgruntled individuals have done silly things like this (as the rest of the examples in that BuzzFeed article shows) that people were willing to accept it as a possibility and share it forward in amusement.

The alarming takeaway from this is something more insidious. It is not so very easy to add a brand name to *any* message and share it online. Depending on the topical nature of the message, it can take wings and fly all over the net, and perhaps move to mainstream media too (TV/print) eventually.

Unless the brand explicitly and vehemently denies that it was behind the message (fake one; user-generated), people don’t have adequate patience to do a quick check if it was indeed from the brand.

Such ‘whispers’ were common in the pre-internet era too (‘Hey, did you know what that brand did…?’) but they did not gain traction beyond the limited spread offline word-of-mouth could afford. Online, it’s a different story – a fake branded message can travel really, really fast. Just see Steppenwolf’s tweet numbers – 213 retweets and 75 favourites!

So, what can brands do when faced with a fake message spreads online with their name on it?

They can of course track the source and perhaps sue that person. They can send a message through the same platform in which the fake message is traveling, explaining it is not from them. They can respond to people who are sharing the fake message and tell them the truth, in the hope that they’d share this one too and hope for the collective spread of the follow-up message to stem the travel of the fake message.

The key here is real-time monitoring and response.

Yes, brands cannot afford to ignore or relegate monitoring to a background process that nobody is clearly in-charge of, or expect that one odd person in some department checking Twitter randomly one weekend afternoon to alert everyone else of an impending brand disaster waiting to happen.

Social media monitoring is like insurance, these days – you’ll realize its value only when something terrible happens to the brand. Till then, it is an investment, to protect your brand.

And, like insurance offers tax saving benefits, social media monitoring also throws up other real-time engagement benefits that brands can use and better their marketing efforts.

Also, as the Lenskart example showed, beyond monitoring, brands would also need someone sensible and experienced to handle crisis communication. This is an investment too.

“We apologize for the accidental choice of words.Our intention was not to hurt anyone’s feelings. We are extremely sorry.”

…seems to do further damage. I’d wager that the choice of words was not ‘accidental’. It was plain ‘wrong’. There is no shame is admitting to a mistake – it is very tough, no doubt, but when you’re doing so, people would expect you to really mean it.

And, after frantic tweets with ‘accidental choice of words’, Lenskart moved to ‘wrong choice of words’ and eventually a blog post from the founders where they really meant when they apologized. 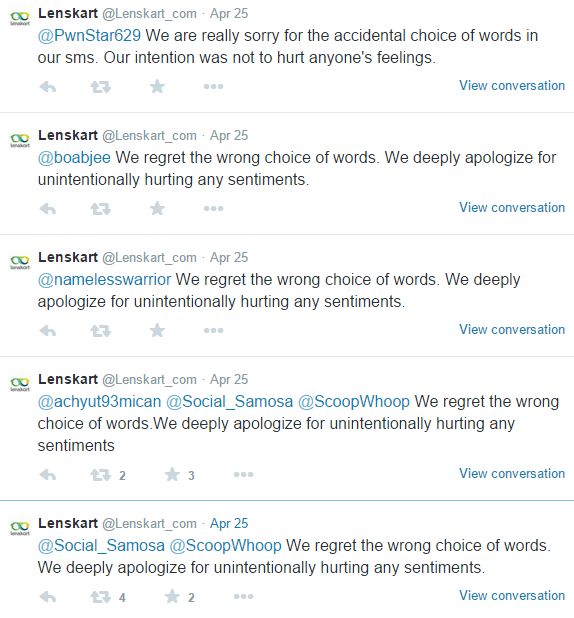 Such counsel would not only come from experience, but also from taking into account the kind of reactions that are out there (social media monitoring’s case, again!), the tone of such reactions and arriving at the best set of words to engage or apologize to assuage the angry reaction.

Published with permission from blog .

Image courtesy of [KROMKRATHOG] at FreeDigitalPhotos.net