Home Insights Sana or Saurav – Which Ganguly Should Brands Model? 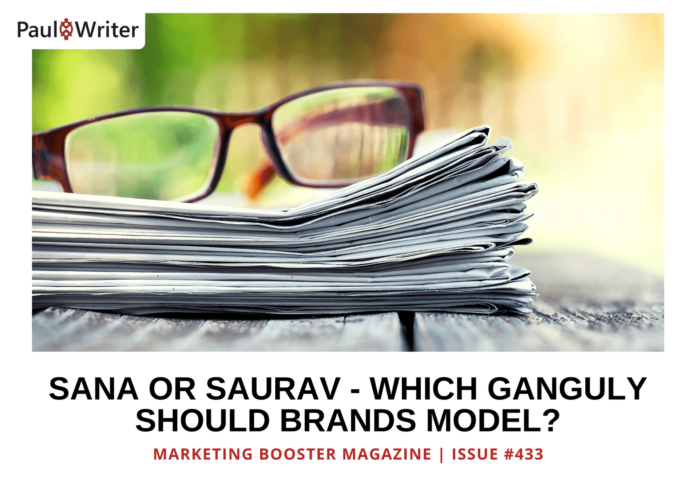 There is a hashtag on Facebook demanding that celebrities like Deepika Padukone and Shahrukh Khan express their views on recent developments. Both have sponsored tweets on their feed. But, they too are brands, big commercial engines. Anything they say will impact their brand narrative and potentially their brand value, either up or down. It is hard to bottle up your thoughts but most companies have corporate communication policies that aim to do exactly that.

Increasingly your customers, employees and fans DEMAND that you take a stance. We’re seeing it in the US where the large tech firms are being pushed by their employees to take positions on certain legislation.  Where a Nike has taken a polarizing view and benefited financially because it resonated with their core audience. Where a Harley Davidson has been both targeted and championed by their President. AirBnB took a stance for immigration which resonated with its global customer base. Brands have also flexed their ad spend muscles by withdrawing ads from publications that they felt went against their values.

Brands in India have generally played safe with regard to politics. (In my last newsletter I mentioned Titan’s Tamil watch ad which had to be withdrawn because it had tiny, overtly political, clips.  Deliberate? An error? It’s a whodunnit.) A Forbes CMO Survey of 300+ marketers in 2018 showed that in the US only 21.4% thought brands should take a stand on politically charged issues. Mid-sized brands were more willing to take a position – 50% of them thought so.

Before you go all “Ah, right, I knew it was safer to be quiet” let me show you the other side of the picture. Nearly two-thirds (64 percent) of consumers around the world will buy or boycott a brand solely because of its position on a social or political issue, according to the 2018 Edelman Earned Brand study. The same survey shows that 54 percent believe it is easier for people to get brands to address social problems than to get government to act.

As a marketer I’d say that consumers are attributing too much influence to brands. But then again as a customer, as I deal with commoditization in a number of categories it is easier to choose the one with the more identifiable brand story. If you’re vegan you would prefer a vegan brand over one that “also does” vegan. If you’re a dog-lover you’d prefer a restaurant that allows dogs inside. Tata Steel’s decision to offer LGBTQ+ partnerships the same status as heterosexual ones would make them more attractive to those who believe in that sort of inclusivity.

What should you consider before taking the plunge? First of course is the question of authenticity. If your brand is built on certain values then it is more logical to take a plunge. Second is also ownership – if you are answerable to shareholders then you’d need to weigh their response to any financial implication. But if you are privately owned then it’s entirely your call and your conscience and personal values – in this case the brand becomes an extension of your personal beliefs. Third is your audience – if you’re clear that more of your potential audience is for your stance than against it it could turn out to be a good decision in the long term, vesting your brand with preference and authenticity. Fourth is your employees – if they have influence and are in short supply – signalling your alignment with their values could be very positive.

And if you do nothing? If noone else in your category takes a stance then the situation stays the same. But if a challenger brand decides to use this opportunity to break in, then you’ll automatically be positioned.

Back to the Gangulys. Junior can express her views freely as she is a private individual and does not depend on her brand (yet) financially. But through her views she has established her brand and can now monetize it if it resonates with sufficient people. And this is another way for brands (and marketers) to express their alignment – by roping in vocal influencers without addressing the actual issue. Senior Ganguly of course has financial implications to his brand.

Finally it comes down to understanding your brand position using the 4Ps and ABCD model. Nothing else is a better guide for navigating these turbulent waters.

Grab a glass of gluhwein and plum cake and think happy thoughts. If you’re a tea-totaller or vegan please choose your favourite alternative 🙂 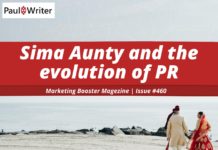 Sima Aunty and the evolution of PR 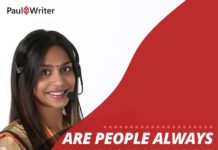 Are people always the biggest asset? 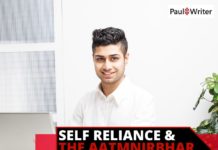 Self Reliance & The Aatmnirbhar Brand You