Home Insights Mind it. How offensive can you be? 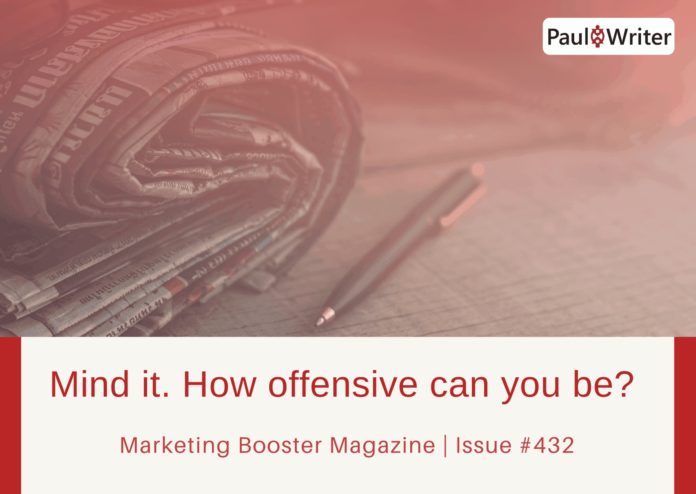 The more brands try to personalize for me, the more likely they are to offend. If they customize by language I will demand my dialect. If they customize by the place I am resident, I will demand that it be done as per my place of origin. If they try to cater to my food choices, I will wonder if they’re calling me fat. If they offer me a job, it’s not good enough. If there’s a discount it is not appropriate for my spend level.

It’s a minefield. One which Titan inadvertently stepped into when it created an ad showcasing the wonders of the state of Tamil Nadu to sell a watch that used local design references. Sadly for the brand a closer look by some keen-eyed people showed that a couple of the clips had distinctly political overtones and not those aligned with the majority. Inadvertent or a bias caused by personal preferences? Titan isn’t saying. Nor are they apologizing. And despite – or because of – all the attention the product is sold out. Nothing like a good rage for publicity, eh?

(Read Miss Charming and the Role of the Business Apology and decide for yourself if an apology is in order.)

Peloton is a “fitness unicorn” – they sell exercise bikes for $2000 and then you subscribe to a streaming service for classes. They have the likes of Ivanka Trump and Jared Kushner as their customers. Anyway, they recently got listed, growth is slowing and in order to rustle up some Christmas cheer, they came up with a cheesy gifting ad – husband gifts (thin) wife an exercise machine and at the end of a year (which she entirely vlogs) she is very happy. This caused rage because it seemed like fat-shaming, patriarchal, condescending and, well, unreal. Their stock has crashed though that could just be the slowing growth. Will all the bad press and outrage turn out to be a good thing in terms of awareness?

Remember last year’s Nike ad featuring Colin Kaepernick and all the outrage that generated? Well, he still hasn’t been signed by a team, but Nike’s sales are up and the brand effect has been positive. Clearly the brand spotted the trends most relevant to its key millennial audience and aligned itself appropriately. According to Nike founder Phil Knight, “It doesn’t matter how many people hate your brand as long as enough people love it”.
(Refresh yourself on the Nike story with issue #380 )

As people define themselves and their choices ever more tightly on a growing number of attributes, brands are going to have to respond with narratives that match those choices. And each brand will succeed based not just on what it stands for, but also what it is against.