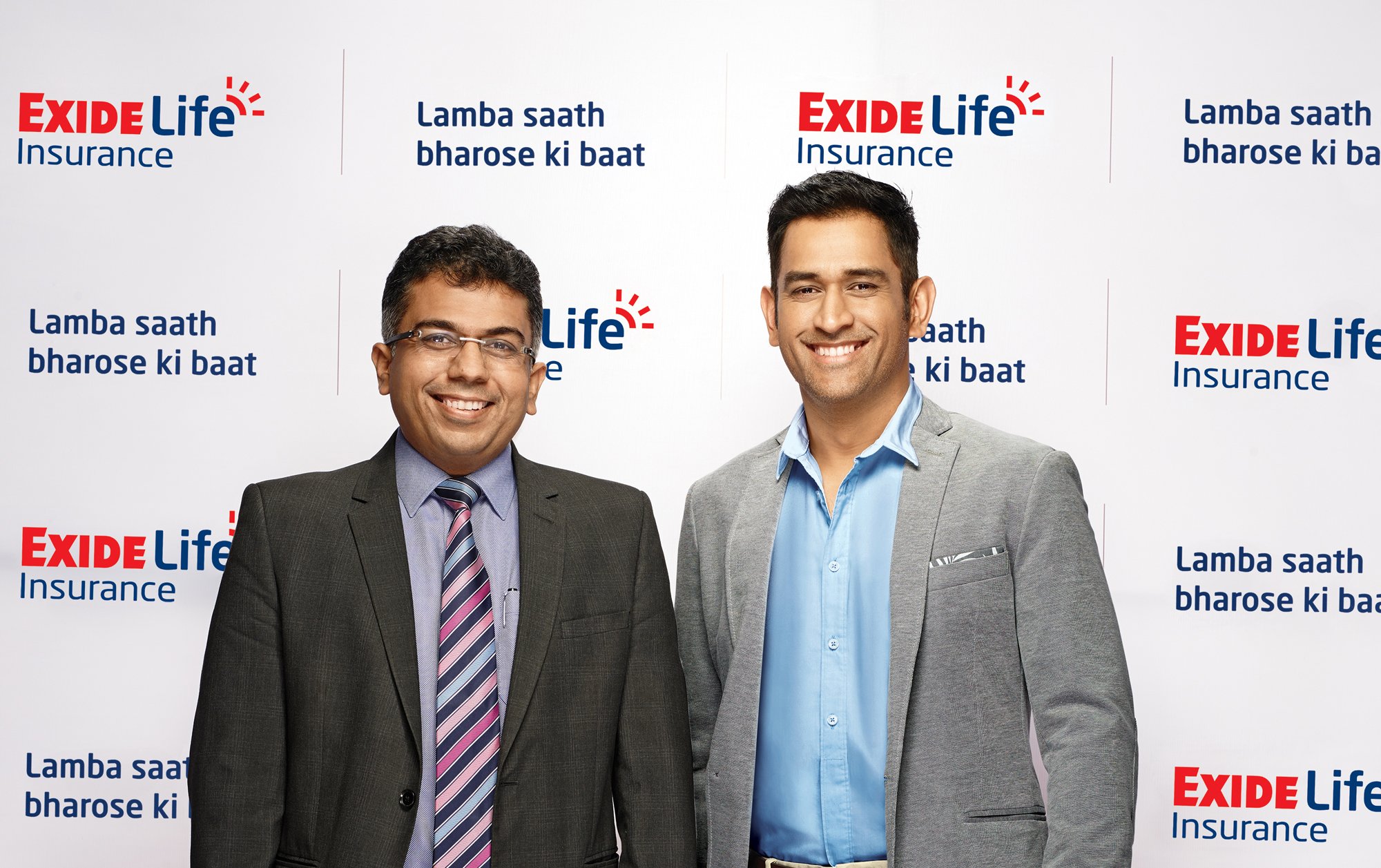 Exide Life Insurance has roped in ace cricketer Mahendra Singh Dhoni (MSD) as its brand ambassador to reinforce their message that Trust is the biggest factor in financial services. The campaign has created a lot of buzz – so we took the hood off to see what’s been working.

The campaign started with a week-long teaser on social media engaging audience to guess the person that the brand was referring to. The posts such as ‘this person has made India proud again and again’- piqued the curiosity of the followers. With each post, one was narrowing down the clues to the name of the brand ambassador and built excitement around the pre-launch phase of the campaign. The company also ran contests and activities on the same lines and got overwhelming responses. 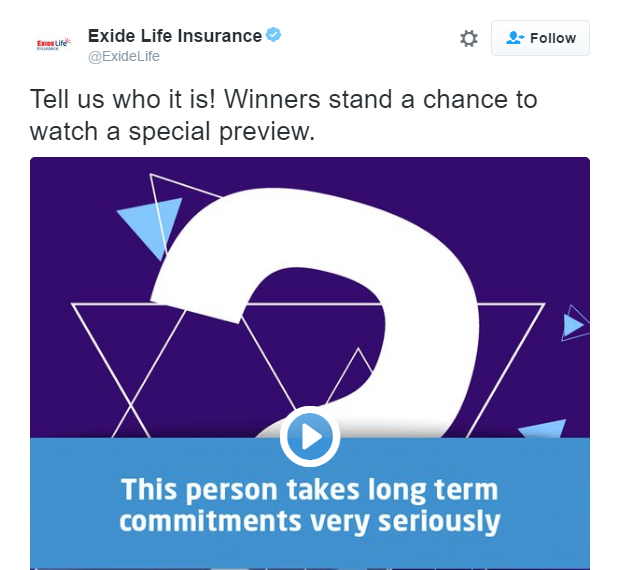 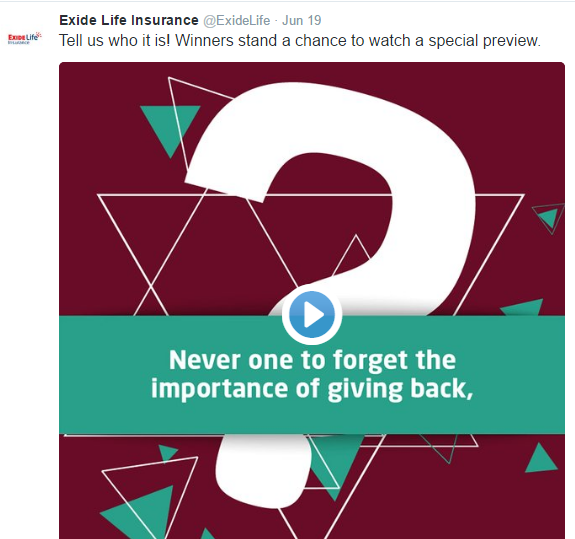 Commenting on the association, Mohit Goel, Director Marketing, Exide Life Insurance, said, “This is the first time Exide Life Insurance has collaborated with a brand ambassador. And a brand ambassador no less than India’s most successful cricket captain MS Dhoni. We wanted people to take notice of this new association and anticipate that something new and grand was coming up. So we formulated a campaign strategy that was based on teasing to the max and revealing at the peak.” 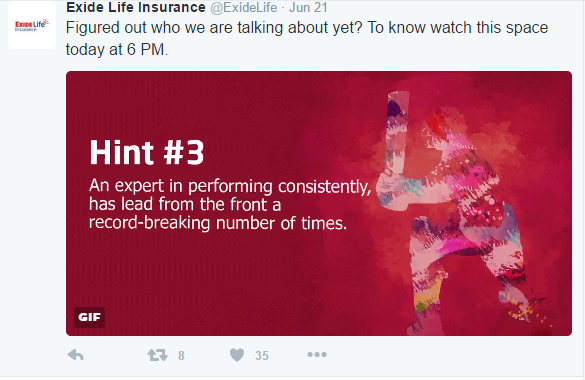 The next step was to create non-branded Dhoni Ka Saath Twitter (//twitter.com/ExideLife) and Facebook (//www.facebook.com/exidelife) pages to talk about Dhoni’s association with a new brand, but without revealing that it was Exide Life. The company also created a Dhoni Ka Saath microsite and posted a prequel video asking “What is Captain Cool hinting at?” and gave special TVC previews to the people who registered to answer. Conversation with hashtag #DhoniKaSaath picked up and saw lot of interactions and started trending on Twitter too. 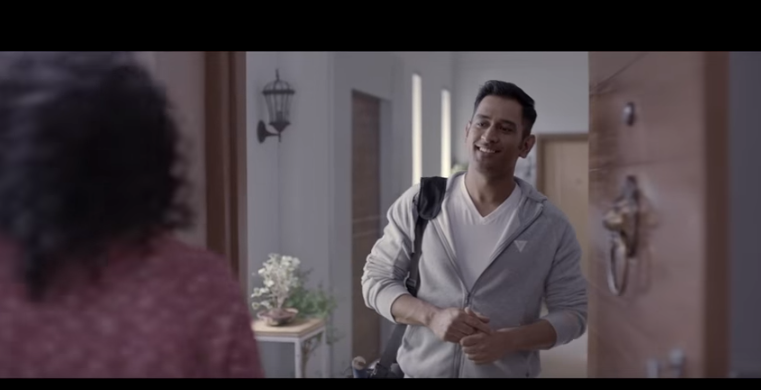 MSD’s association with Exide Life was launched with a minute long TVC (//www.youtube.com/watch?v=hRfp5uu7SqU). The video emphasizes on long term commitment and trust with its tagline ‘Lamba saath, bharose ki baat’. The narrative weaves in instances that reinforce the fact that long term relationships build trust. It’s interesting that the storyline does not emphasize on Dhoni the cricketer but on his trait as being dependable and trustworthy. So we have Dhoni’s neighbour handing him the house keys which was at her house for safekeeping but along with that she is thoughtful enough to pack him some dabbas of his favorite home-cooked veggies implying both trust and bond between them. Twitter first view and YouTube masthead too were used to promote the hashtag and video.

The choice of ambassador is interesting as the brand has deliberately chosen a sportsperson who can associate easily with reliability and family values, important for a risk-averse product category.  The build up and longer pre-launch campaign have helped to associate the celebrity closely with the brand.  Overall it appears to be a good campaign that will achieve the goal of raising awareness and preference for Exide Life. 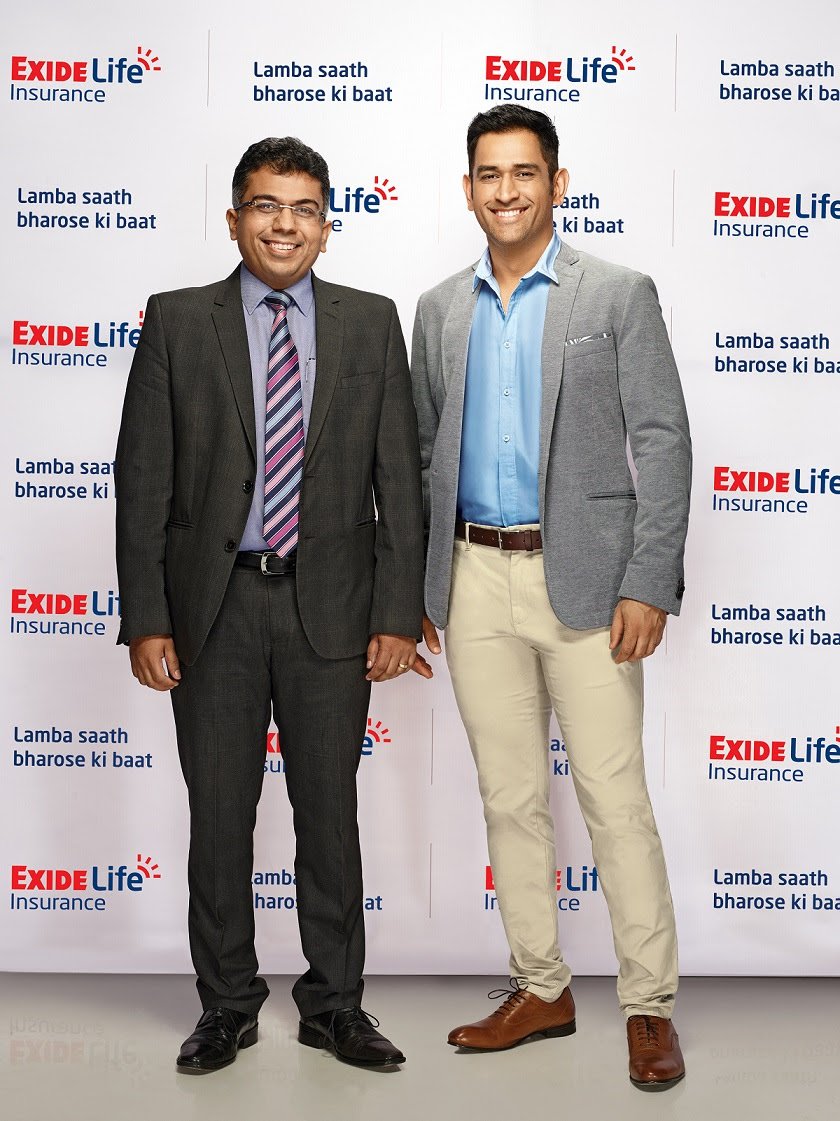 What are the synergies between Dhoni and Exide Life that made him an ideal brand ambassador for the brand?

Mohit Goel: Dhoni represents a unique blend of skill, commitment and stability which are all personality traits that are relevant to the life insurance category. Dhoni has appeal that cuts across geography, gender and age groups. He is one of India’s most celebrated cricketers, and the most successful captain of the Indian team and we are extremely excited to be associated with him. Dhoni is the perfect brand ambassador for Exide life Insurance as he embodies the values of Exide life Insurance. He is dependable, dynamic, responsive and foresighted. Exide Life Insurance is a progressive brand. Bringing on MSD as a brand ambassador is another step towards creating the desired awareness, and building brand consideration and preference.

Mohit Goel: The primary objective of this association as well as the campaign has been to create desired awareness and consideration. It is too early to share metrics pertaining to these objectives. The overall feedback on the campaign has been very encouraging with respect storytelling which is being seen as a differentiated pitch in life insurance category.

As always Digital played an integral role in our media strategy with social media taking the lead. We started seeding conversations using a teaser as a seven-day run up to the reveal. The chatter on Facebook and Twitter during the teaser phase created higher degree of curiosity amongst the onlookers. Post reveal, we received an overwhelming response in terms of video views resulting in 7X website traffic almost every day.

What is the plan to further leverage the association in the coming quarters?

Mohit Goel: At Exide Life Insurance, we plan to leverage this association not only through mainline advertising but also by launching a multitude of marketing activations online as well as on-ground. Dhoni will also be seen as the face of some of our very successful marketing programs.