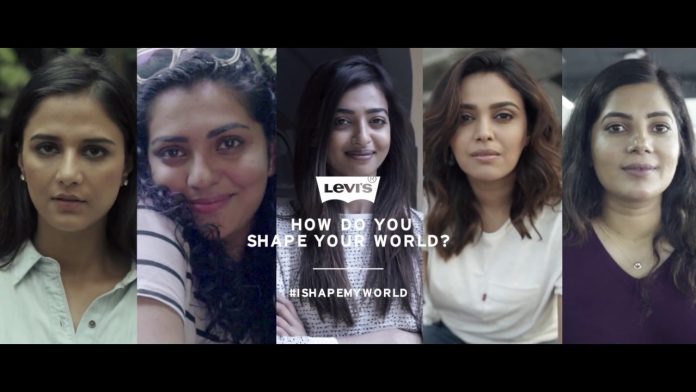 Dedicated to all those unstoppable women, who have shaped their world

Following the success of #IShapeMyWorld, Levi’s extended their campaign to release a 2018 anthem.

Each story is as distinctive and different as its narrator. The common factor between all these women is the fact that each one of them shaped their world on their own terms.

An Indian actress from Kerala, Parvathy was under fire for calling out a sexist comment in a movie that stars a Malayalam superstar.  Parvathy’s rise in the film industry, most would agree, was due to her talent. In fact, it was at the International Film Festival of Kerala (IFFK) where she won Best Actress award that she made a comment about the misogyny in the movie Kasaba starring superstar Mammootty. Flooded with threats and abuses, Parvathy was trolled without relent.

Another actress who works in the Hindi Film Industry, Swara Bhaskar believes in challenging the status quo. The film industry has many shades, and as a newcomer with no background in the field, Swara has faced her share of sexism.

The founder of YourStory.com, Shradha Sharma is one of four daughters. In India, daughters are often a term synonymous burden. Within a year of the launch of her business, her mother passed away tragically. Shradha let her work, the stories she told heal her. Despite having built a business on storytelling, Shradha finds that recognition doesn’t come easily, especially when you’re a woman. Her love for her work keeps her going.

Shipra walked away from an unhappy marriage to pursue the only thing that had been a constant relief in her life: cooking. Her mother enrolled her for MasterChef India season 2. The prejudices she faced as a female chef did not deter her, and she went on to win the title of MasterChef.

Coming from a family of doctors, Radhika Apte decided to pursue her passion for acting. Like every actress in the industry, Radhika too became the victim of mindless rumors and gossip. However, the support of her family kept her going.

Levi’s is a popular clothing brand that is often associated with comfort and style. With the #IShapeMyWorld campaign, Levi’s seems to have proven that their brand stands for much more.