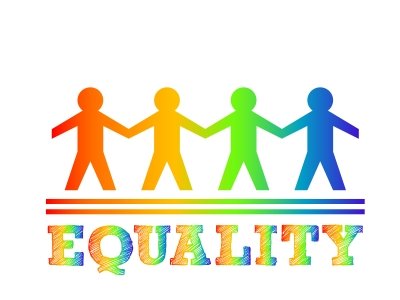 I studied at a girls’ school in rural India where the toilets were not nice.  Those who could go home for lunch, did.  The rest just learnt control and managed the best they could.  Some of my classmates were expected to help with the housework, even as their brothers were not.  Yet our class produced engineers, doctors, lecturers.  Girls achieve in school, and in many states outshine boys, because they do not let gender constraints get in the way of their success.

The constraints they overcome fall into two categories – (1) infrastructure e.g. lack of transportation, no toilets, long commutes for a girls-only school or college – and (2) cultural/environmental e.g. housework demands, lesser expectations, unsafe environments to travel for tuition.  These factors make it harder for girls to succeed, but at the student stage these are not seen as unsurmountable.  Instead, the discussion is correctly centred around how to remove or control these constraints so that the girls have a level playing field, not around how they should get grace marks because they are dealing with these problems.  (For example the noon meal scheme was positioned as a benefit for all, not just a means to better nutrition for girls who statistically are more undernourished, and that is a reason for its success.)

Let’s assume that indeed an institution said that girls should get extra marks because, say, they did the cooking at home.  What could happen is that girls doing the cooking would become the accepted, established and rewarded norm.  Any boys who wanted to cook would be actively discouraged because the correlation between less time for study and marks would be easily visible, and there would be no upside for them in the form of grace marks.

With governments handing out bicycles and building toilets in schools, we are luckily moving away from an era when it was acceptable for girls to be unschooled.

But, fast forward a few years, what about the girl when she enters the workplace? When she starts attending women’s conferences?  She will invariably hear about “work-life balance”, “flexible working hours”, “work-from-home”, ‘extended maternity leave”.  All of these are wonderful in themselves – but why should they be restricted to women? Why do employers feel that these are ideal for attracting women to the workplace rather than offering it as an incentive to everyone?

It is, of course, because the expectation is that only the woman will deal with childcare, elder care, cooking, cleaning.  So only she needs the extra time and flexibility.   But let’s face it, we are a developing economy, and it’s a competitive marketplace.  Which entrepreneur will pay more for less contribution? That’s like extra marks for housework which has no bearing on education or your professional competence.

So while companies have these schemes in place and their motives may be pure, it is at the cost of perpetuating the positioning of women as weaker, more needy.  This, in part, leads to the popular perception that women are less committed or hard-working than men, which allows employers to pay them less, consciously or sub-consciously.  It also means that women are encouraged to take longer breaks from the workplace for child-rearing, for example.  I once counselled a highly qualified woman who felt she was unfairly dealt with in terms of promotion.  The reason was that she had availed of two breaks of a year each in the span of four years to have her children.  While the extended maternity leave was sanctioned by the organization and thoroughly encouraged, the break years did not count for seniority.  Her four years in the organization counted for only two, from a promotion perspective.  Because two years of child-rearing, however valuable to the family, do not mean that you are a better programmer or marketer.  In all the exuberant HR messaging about “have your child and a career too”, it is rarely mentioned that it might be a slightly slower, cheaper career than your male peers.

What I would like to see, therefore, in discussions around women in the workplace is a gender neutral removal of obstacles.  I mentioned earlier that these obstacles fall in two categories, infrastructure and environmental/cultural.  The infrastructure issues are easier to deal with as they require no change in mindset, so they can be targeted first – transportation, workplace safety, flexibility in time and place of work.  If men – and women – could safely use public transport for commuting to work, it would be a better environment and reduce costs for employers.  Work-from-home would relieve urban congestion and is a great way to enhance quality of life in cities where commutes are upwards of two hours per day.  A workplace free from sexual harassment needs to be considered a must rather than something only women want – witness how offenders continue to get plum posts. Ditto a clean and safe workplace – why should men be expected to put up with stinky urinals or make do with bushes?

Cultural change is more difficult, but here again, how the ‘problem’ is framed can make a big difference.  For example, parental leave can replace maternity leave – 3 months each for either parent – and better child-care facilities.  This would reposition parenting as a joint activity and remove the bias in recruiter’s minds that a young woman is likely to take time off to have a kid and therefore less deserving of the job than a young man. Urban schools should revisit their parenting expectations on the assumption that both parents have equal career commitments, or that there is a single parent family – instead of the current system that is based on an out-dated agrarian society that considered the kids unpaid farmhands for harvesting, milking cows etc.  Elder-care leave available to the son or daughter would distribute the task of caring for parents more equitably.  Maybe the payment for this leave can be through an insurance scheme so that the employer isn’t left out-of-pocket.  As you can see a nicer place to work isn’t that difficult or expensive.

Lastly, those of you who are in a position to do so, please use your clout to remove at least one of these obstacles for others in your organization or family.  Be the change you want to see.

Image courtesy of [nongpimmy] at FreeDigitalPhotos.net