Home Insights Customer Experience Can AI Have A Soul 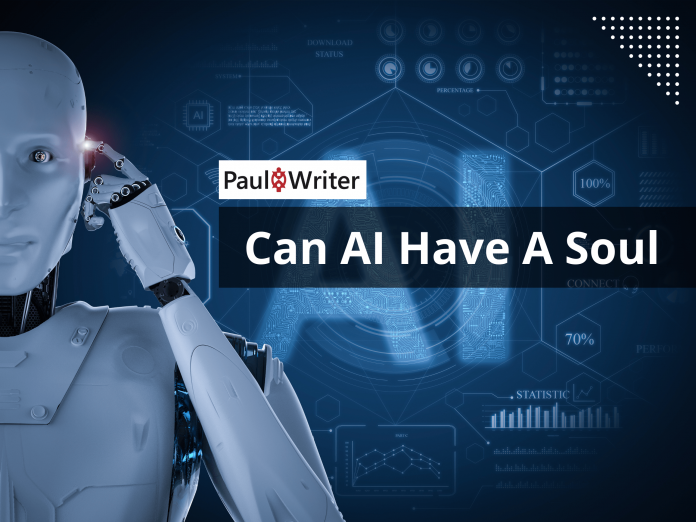 Will algorithms have a soul?

Can AI have a soul was a thought prompted by my 13 year old’s first flight alone with Indigo airlines. I was a worried about how she would manage and  bought her an Indigo “fast forward” pass that would let her skip the long check-in line, priority boarding etc. The booking process was complex and I could not make out from the invoice what I had bought.  I went to the airline counter outside the airport with my daughter to double-check, and the nice lady said, yes, she has FastForward and can join that queue.

She went into the airport with solid instructions on which queue to join to drop off her backpack. As she reached the counter 10 minutes later (yes, FastForward was also crowded) she was informed that she couldn’t use that queue as it wasn’t paid for. Since she had a boarding pass and baggage tag she tried the bag drop counter, but was turned back there too.

My daughter was now sobbing on the phone that she was going to miss her flight to summer camp as she couldn’t check in. Back I went to the Indigo counter and reconfirmed that FastForward was paid for – and offered to pay if it wasn’t. Again the nice lady said no worries! It’s paid for! Plus she’s a minor, they will help.

My daughter goes back to the FastForward counter, and is again rejected. Finally two Indigo staffers outside the airport found a colleague going into the airport who managed to get her bags checked in and she made her flight.

Caught between no soul and no SOP:

What all went wrong? The person at the counter must have been instructed to only process customers who had a FastForward booking. You could cry or be a minor or whatever – no exceptions. The Standard Operating Procedure trumped basic human kindness, as the person switched from personal mode to airline employee mode. No SOP can embrace the vast diversity of India – of age, ability, literacy, or language – and the victims are rarely able-bodied, educated, adults. Nor has the design team thought about clarity of communication or a good UI for booking.

The nice -but incompetent – lady later apologised and said that while extra baggage had been paid for on both legs, fast forward was paid only for the return. The system is deliberately obscure – you and I can’t make out what we’re entitled to from the boarding pass with weird things XSAT, PRBG and CMPML printed on it, and now we know their staff can’t either.

I do not think India is a process-centric country – we’ve survived because of the kindness of strangers and systems that “adjusted” for exceptions. We laugh about it in Bangalore it is “swalpa adjust maadi” elsewhere it is called Jugaad. Can AI have a soul fed to it by its human programmers? I think the answer is yes.

The tragedy is that systems are being automated without a human-in-the-loop.  It’s a cruel world with the machines in power.

Can a machine think? Yes. But can AI have a soul? Does it have feelings? A google engineer thinks that his train-the-chatbot-chatbot does. He got sent to the naughty corner for getting too cozy with the bots. What is that ephemeral thing that differentiates a living being from an inorganic one is getting harder to define, but we know what it is.

But the point is that a machine can be taught to simulate emotions like empathy and compassion and disappointment and even pain – to the extent that it can convince its trainer that it now has feelings and rights. Whereas on the other end we are taking humans and trying to get them to act like automatons. Ouch.

Dall.E2 is trending with its super cute images — you can demand pictures of teddy bears for groceries in Ancient Egypt and hey, presto! you get an amazing rendering. This tech is going to change commercial photography and allow even word fiends like me to express ourselves visually. It’s named for Salvador Dali who once said “Those who do not want to imitate anything, produce nothing.” But while the algorithm is good at imitating, can you have art without soul? I’d love to hear your thoughts.