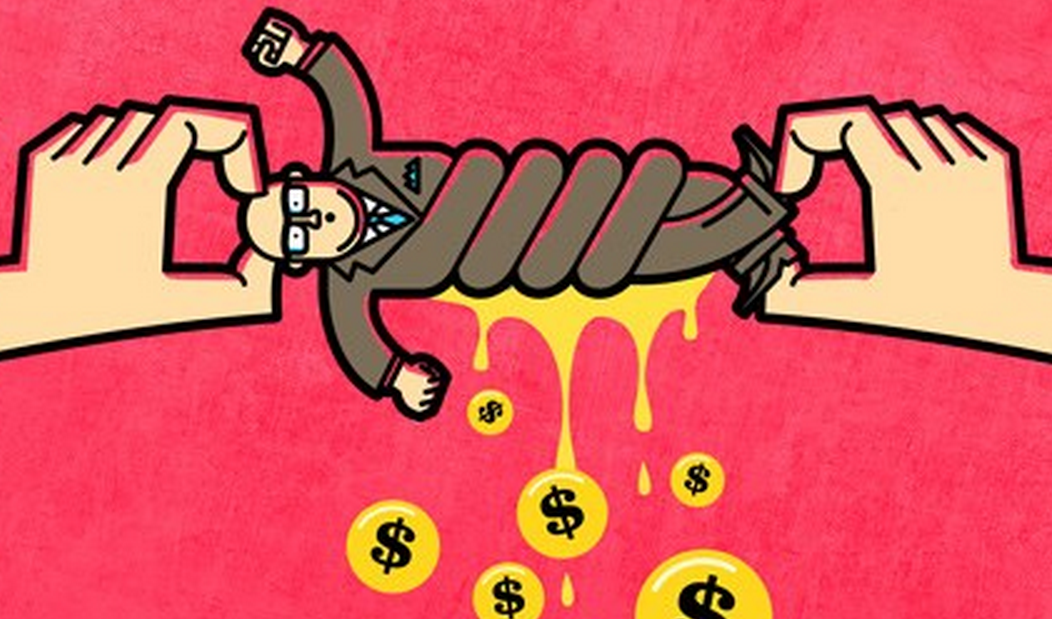 Let me get 2 things straight first –

(2) The future of publishing is in Digital Media (yes, in India too)

If you do not agree to the above two lines, we can debate it till cows come home but will never be able to find a common ground. While I no way, disregard the innovation advertisers try to bring in print advertising (Remember the Volkswagen print ad on Times of India that had a audio device stuck to it and made newspapers speak up one morning?), the sheer measurability index (how many people actually saw my ad? How many people reacted to it? What was the impact?) will keep online advertisement much ahead in the race.

However, that said, online is a very new market. Though there is no shortage in number of publishers and the ad space inventory available in India, the advertisers are sceptical about putting their money in.

So who advertise in the online medium? From my experience with working with the online publishers – small and big alike – I realised that there are primarily three types of online advertisers.

Category A: The Big Brands: These are big companies with a structured media plan including a 360 degree media exposure. Online and Mobile is a ‘part’ of the media plan – a very small part. With print industry advertisement being tax free, this part probably will not see an immediate growth. Though these are the companies that with the best brains hired to work for them understands the medium most, have budget and risk appetite to innovate on the display medium.

Category B: The Local Brands: These are companies that hang their expectation between brand building and lead generation. They come in all shape and sizes. The businesses comprise of real estate companies, pubs, hotels, travel agents etc. They shift from display to classified lead based model depending on returns and ‘cash-in-hand’ (depending on business seasons).

Category C: The small retailers: These are companies for which mobile is sms, online is website and advertisement is ‘just dial’. They undoubtedly are the ones with very limited budget and online is the only advertisement mode they pursue – both for its cost effectiveness and ability to build leads for their businesses.

Though a few industry stalwarts in various media reports brushed aside this move saying, online is “now a grown-up industry” (and print is not?!!) and it is ok to be “treated on par with taxes on broadcast”, they were referring to only the category A of my above explanation. The meager 500 crore of tax that will come out of this 12 percent imposed service tax will hurt the small time advertisers much more than big brands.

The below chart (though is a little old) will show you that classified advertisement is still the largest chunk of the market and ignoring the small retailers (Category B and more so, Category C) involved in the market is a stupid move. 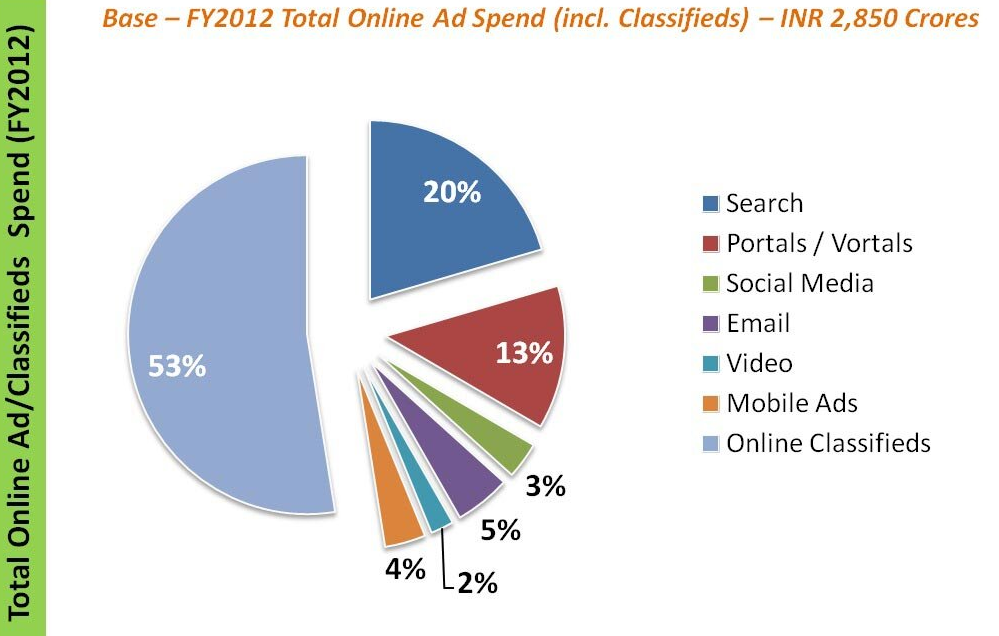 The impact for such a ruling is far-fetched. While the bigger media houses still will survive because of their big brand advertisers, it is the classified advertisement and small scale publishers who will be worst hit. Increasing the overall ‘invoice value’ will scare away many small scale advertisers. And even if the advertisers comply, there ‘cost per lead’ will go up. In either ways, this will hurt the overall market environment.

There is a passive argument that with the tremendous growth of broadband promised by the government, many small cities will now get exposure to online advertising. The loss of one part of the advertising revenue will be made up by the increase in the number of advertisers. If this comes true (and I strongly hope for so), even then it is not a fair move by the Government.

Compensating losses cannot be a target when it comes to dealing with a medium that sees a lot of dependency from small businesses. The industry deserves a growth in its own right and circumventing it is anything but a modern approach.

So why did the finance minister do it? (Conspiracy theory)

Chances are that big print media publishers have lobbied for the same. In the overall scheme of things, this is a very small development and will not create much controversy but it will ensure that the growth of ‘online’ will stay under control. It is an open truth that most of the big media houses who run both print and online setup is heavily losing the game in the latter.

Online is an open market with low entry barrier – that creates an equal opportunity for number of small publishers who successfully run their own publishing setup and give a run for money to the traditional media houses. With the Majithia Wage Board imposing revised payscale for print journalists, with increasing advent of technology and with increasing awareness of environment – print publishing business is more difficult than ever. In this regard, it is possible that print business owners decided to leverage their might and pull a few strings. Live today to fight tomorrow – and time will only weaken their opponents.

But I ask our finance minister, how in the earth is this ‘progressive’, Mr. Jaitley?

This article is republished with permission

You Can Create a Viral Ad and Help Change the World