Home Insights Blogs Why Times Of India’s Dictate To Its Employees Asking Them To Surrender... 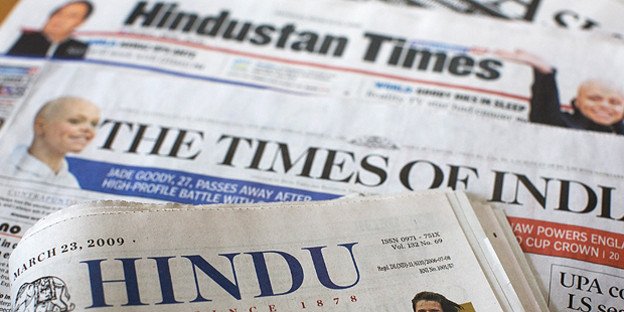 Indian publications are resorting to eccentric methods on social media usage by their staff. After Hindu, now it is the Times of India which has come up with a peculiar request to the hundreds of journalists working for it and it’s sister publications.

Quartz has got hold of a copy of the contract circulated to the employees last week by Bennett, Coleman and Company Ltd—India’s largest media conglomerate and publisher of the Times of India, Economic Times, among many other properties. The message told employees not to post any news links on their personal Twitter and Facebook accounts.

Even if you quit, the company will still reserve the rights to continue operating that account in your name.

The company may upload news or other material on the company User Account through any means, including automated upload streams, at its sole discretion, notwithstanding any termination of your contract with the company.

So the only way left for the staff working at the organization to use social media is to either agree to convert the personal account into a company account, or start a new company account.

Times of India is not the only one doing this, The Hindu recently issued a social media norm that advised employees to refrain from sharing stories of other publications on social media platforms including Twitter. The News Week Minute that had revealed the story informed,

Before ending the mail it also made a point to share that Hindu is not the only publication that is asking for such culture but the same is also being followed by other media organizations who do not encourage their journalists to tweet links from competitors.

Looks like The Hindu was not completely wrong, Times Of India is giving it company.

“It’s ridiculous, and obviously some warped ‘wisdom’. The Hindu’s Malini Parthasarathy has been regularly tweeting links to stories from other media till a short while ago, before this ‘wisdom’ dawned,” informed Anant Rangaswami, Editor at CNBC-TV18 during The Hindu social media norm.

However, B. G. Mahesh, Founder and MD at Oneindia shares that official publications’ accounts not sharing articles from competing publications on social media is understandable but restricting journalists not to do so is restrictive. “We at Oneindia have no such policy and shouldn’t have. All I can say is we have to strive to publish better articles by which each of our journalists would be inclined towards sharing Oneindia articles instead of the one from competing media house.”

The BCCL dictate goes one step further in not only asking to surrender social media credentials with the office but hold it even after the employee has left.

Print is definitely being challenged in this digital era. Today news breaks and spreads faster on social media networks than in news rooms. Publications need to face this bitter truth with new strategies like leveraging the influential folks on social media.

Twitter is known for its journalist clout and BCCL wants to use it. For example, Sagarika Ghose, who is quite well-known in media circles is also popular on Twitter with 389K followers. She is also the consulting editor at TOI; BCCL wants to leverage her social clout to get more reach for its news and stories going viral.

Madhu Trehan, Content Editor & Talk Show Host, Newslaundry who spoke to LI during the The Hindu dictate shared, “Any news organisation that warns journalists about tweeting other news groups’ stories only exposes that they really do not understand the digital space and a massive insecurity. We all know what happened to dinosaurs .”

While there has been no clarification on the dictate from TOI or BCCL, Satyan Gajwani, CEO of Times Internet has tweeted a while ago that the story carried by Quartz is not true. Though there isn’t a statement carried out by the company.

Looks like the Indian publications are desperate to stay ahead of the times in this digital age.

Facebook, the World’s Biggest ‘Time-Pass’ Wants to Buy Your Time