Home Insights The Kindness of Strangers

In the pre-Internet world sitting in Trichy my friend and I wanted to research this unknown college called Indian Institute of Management Calcutta. We had heard that one of our seniors was studying there, tracked down his address and wrote him a letter. He was kind enough to write back and based on his feedback I decided it was respectable enough. Today I’d join a WhatsApp group for IIM aspirants or find a Facebook group which would have researched this in minuscule detail.

Facebook 10 years ago was where I reconnected with old friends and shared my stories. Today most of that activity has moved to the walled gardens of WhatsApp. But what if I want to know, say, what to do when my dog has ticks? My WhatsApp groups may not have dog experts and, besides, they may judge my buggy dog. And me. So where should I debate the relative virtues of neem oil and Spot On? There is, unfortunately, no app for that. But there is a long tail of Facebook groups dedicated to these niche interests. If you walk your dog in a particular park, there’s a group for you. If you have a certain breed of dog, there’s a group for you. If you want to travel overseas with your dog, there’s a group for that. These are populated not by your traditional influencers but what they lack in reach they make up in clout. Peer moderation keeps the groups mostly accurate, and an active moderator ensures that the fringe elements (though who is fringe will vary depending on your choice of group) are kept in check. Many of these groups have offline activities as well.

So even as you rely on Wikipedia for peer-curated content on many niche topics, WhatsApp groups for “people-like-me” opinions, Facebook has become the place to go for peer-curated personal content on every smaller niches. My limited experience on these groups indicates that your social credibility and reach determines the quality and quantity of responses you get. What strikes me is that for some folks this is the only “safe” place where they can vent, share problems that even their family and spouses do not appreciate.
In B2B IT we have a phrase called “Special Interest Groups” – SIGs – typically smaller communities run within a large user group. Thanks to digital, these SIGs are ever more special and have no geographic boundaries. Each SIG has micro-influencers who recommend solutions based on their experience. As reach of mainstream media continues to shrink, more and more spend decisions will take place in these chatrooms. If you’re a mainstream marketer, that’s bad news because it makes life way more complicated. But if you’re someone who can’t afford mainstream media, then, woohoo! It’s your time to shine.
I’m speaking at ChannelWorld 100 today hosted by IDG at Pune. It’s dedicated to the top 100 channel partners which is an interesting niche but powerful community. The week after I am speaking at the Earthy awards at Sabah Malaysia where the top digital influencers in travel are being recognised. Influencer marketing is rising in influence :). Are you influencing the influencers? Are you an influencer? Points to ponder as I wander off to Bangkok for a short break. 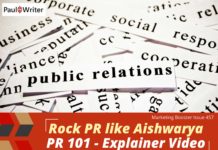 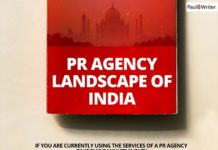 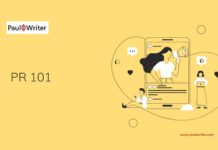 PR 101: Basics of Public Relations and How to Get It