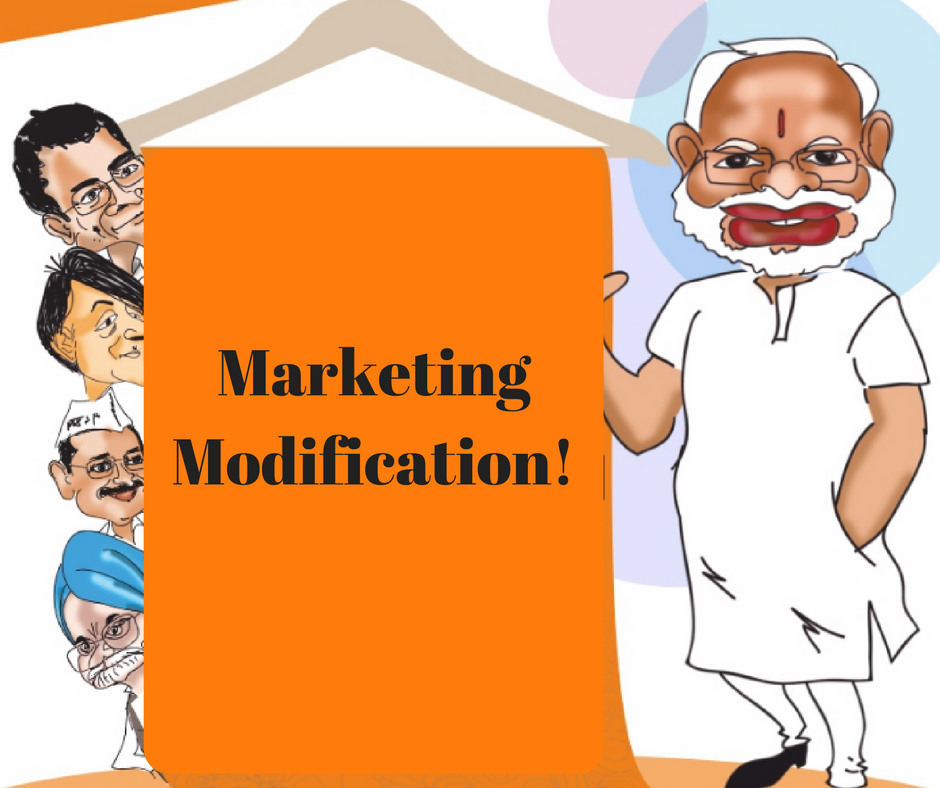 At Paul Writer’s CMO conference in Delhi, I had the opportunity to listen to the CIO of BJP sharing with a group of marketers how the professional managers running the BJP campaigns think about the brand and about (re)shaping perceptions of the public in favor of BJP. It was eye-opening. That set me thinking about various aspects of the NaMo campaign and their approach to strategic brand management – with the lessons for marketers across the board who wish to build their brands and brand preference.

The CIO postulated that the first question when thinking about branding a complex entity such as a political party is – what is the BJP brand in the eyes of the populace? Is it the party itself including its rank & file? Is it the leadership? Is it its policies? Is it its results and track record? Is it its vision? Thinking as a campaign manager, charged with shaping public perceptions in favor of the BJP, he was considering the multiple elements/facets that the BJP brand has and strategically selecting and focusing upon a few strong aspects that could make them competitively preferred vs. the competing parties for the public’s precious vote.

New political parties such as the Aam Aadmi Party of Arvind Kejriwal can only put forward a vision as it does not have results and a track record to speak of. The same is not true for an old party such as the BJP.

I would like to add a sixth element to the political party as brand and that is to postulate that a political party brand is also a symbolic entity that exists in the culture; it has an essence that is magnified and put forward through its name, logo, values & ideology, rituals, slogans, festivals, myths & legends. It speaks a language and rhetoric that appeals to its faithful followers and puts off its detractors and critics.

In competing for votes in the election of 2014, the party has chosen to represent itself to the public through its leadership – a towering single figure in Narendra Modi; highlighting his track record of performance and governance to a populace that is tired of drift. There are three big ideas that are attached to Modi – very effective governance (he gets results); an authoritarian style (brooks no opposition) and personally incorruptible. Modi as a dynamic, pro-business political leader is a man who will get India’s economy back on the growth path and give wings to youth aspirations. BJP campaign managers are also trying their best to reshape perceptions of Modi on the Hindutva/anti-Muslim stance (soften the rhetoric and an ever so slight distancing from the RSS)…moving him to the center rather than the extreme right.

So what can marketers learn about strategic brand management from Modi and his campaign managers in the BJP?

Focus: Even a complex entity such as a political party with multiple dimensions and facets can be presented and represented on one or two dimensions – the chosen leader and his track record = likely future performance of India under his leadership
Consistency: Repetition of a few messages about Narendra Modi – governance, non-corruptibility, toughness, pro-business and through this, a very clear and unambiguous picture emerges
Orchestration: Most marketers who use up the bulk of their brand communication budgets on television advertising rely on replay of the TVC to provide focus and consistency. However, a political campaign needs to be orchestrated through multiple channels many of which can’t be easy controlled like a produced TVC – from w-o-m at a grassroots level to social media to political rallies and face-to-face encounters. BJP has set up a communication juggernaut that orchestrates and manages a huge quantity of content and messaging on an hourly basis in the lead up to the election.
Finally, the CIO spoke of carrying out micro-segmentation of the populace to identify their key concerns, their position on the BJP and putting forward micro-messages at a grass-roots level to reshape perceptions and build favorable attitudes. For a political party, like an Olympics athlete, there is one chance to win that comes up once in five years.

It seems that hunger and determination to win – ambition is the hallmark of the new BJP under NaMo’s stewardship…something that all marketers would be familiar with.