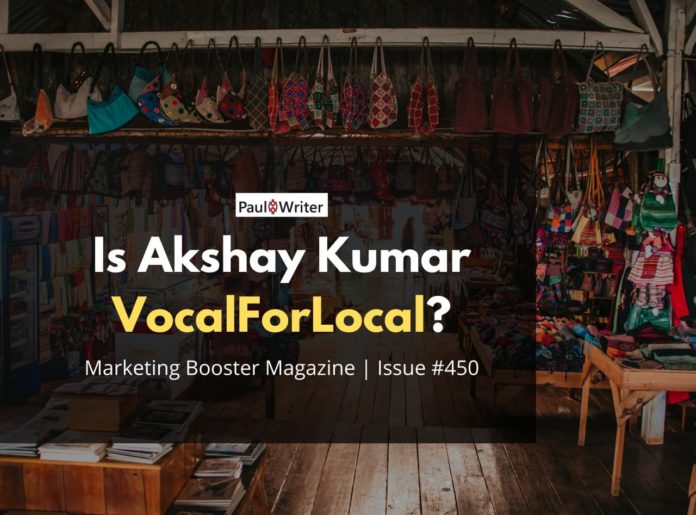 Meghan Markle despite being married to Prince Harry of UK is still a US citizen, though she applied to become British. Akshay Kumar says he took Canadian citizenship when he thought his career was doomed in India. In December 2019 he said that he has applied for an Indian passport again, though no further updates are available publicly.

Country of association can be different from country of origin.

In the 2000s we used to joke about Accenture being from Bermuda and therefore not eligible for contracts limited to US entities. That’s history of course. Since 2009 they’ve been Irish and incorporated there. On the other hand Cognizant has always been headquartered in New Jersey, US, even though a casual observer might think they were Indian. In branding we refer to this as “country of origin” and you can play it up or down depending on the ‘fit’ with your desired image. My 2009 book No Money Chapter has a whole chapter on how it works. For example German cars benefit from their country reputation for engineering. French and Italian brands from their country’s reputation for style. As per research global citizens feel good buying stuff from US, Japan, and Germany. As I discuss in my book this is more to do with narrative than actual production – we know that Apple isn’t manufactured in the US and that German cars are made in India, but we still think of them as American or German products.

Country of origin is ALWAYS a part of your brand composition, whether you highlight it or not. Every now and then it becomes hugely amplified because of a geo-political trigger. Right now that trigger is the call for Vocal for Local by the PM of India. Despite clarifications that it is to support “Made in India” rather than country of origin, consumers can be confused and brands are eagerly hopping on the bandwagon. The very next day I received a survey from a respectable consumer goods brand which asked this question.

When buying a new product, what would be your preferred choice? *

It’s phrased badly but essentially it is asking whether you would pay a premium for a “Made in India” product. Would you?

It would depend upon your perception of India as an expert in that space. And that depends partly on competency and partly, to be blunt, on “soft power”. India can do a lot more to popularize its brand – here are my thoughts.

I put together a quiz on Indian brands with a twisty history – It isn’t easy but if you do it you’ll find out that the Indian government used to manufacture soft drinks at one time. And other interesting facts, of course.

Everything has a story and a brand attached to it. Whether you control it or it develops by itself is your only choice. Many entrepreneurs genuinely believe that a good product sells itself. That’s like saying a better mousetrap will catch more mice. Sure, but only if you also invest in the cheese!

In my Facebook group for Marketers we have been discussing the transformation of events and how curators should no longer think of agendas based on proximity. We have the opportunity to consider speakers from around the world not just the few who can travel into your event at your selected time. I’m really happy that this Friday I’ll have the chance to listen to David Aaker who wrote one of my college textbooks at Paul Writer is the Community Partner for Master Speak an amazing series with thought leaders arranged by Future Generali Life Insurance. The series has Rama Bijapurkar, one of my mentors as the next speaker. Hats off to Ashish Tiwari and his team for curating this.