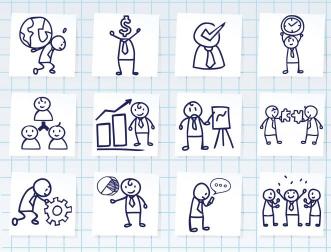 Most employees are going through the motions at their jobs. To re-engage them, leaders must translate organisational objectives into meaningful aims.

At a quarry, outside a village, worked twenty stone cutters supervised by a foreman. The foreman shouted at and abused them all day, forcing them to cut more stones. Even during lunchtime, he would keep an eagle eye, not allowing them an extra minute.

While the stone cutters hated the foreman, they continued to work. They had no choice. They needed the money more than the foreman needed them.

One day the foreman got a call from the head office. ‘But…’ said the foreman, colour draining from his face, ‘but it’s impossible…how will I?’

The worried foreman hung up the phone and started towards the centre of the quarry.

The tables had turned. Despite his bravado, the foreman had exposed his dependence on the workers to make the new quotas. The next morning, the stone cutters assembled together and halted work.

‘Listen to me! If you can’t cut twenty more stones, at least cut ten more,’ the foreman pleaded.

The head office sent a new foreman. ‘Why don’t you want to work?’ he asked them.

‘We are stone-cutters not magicians. We can only cut so many stones in a day,’ said one of them with unconcealed hostility.

‘We are fed up with the constant shouting and supervision. It is as if we are in a jail,’ said another.

‘You can collect your wages for today and take the day off,’ the foreman declared.

The next morning, as the apprehensive stone cutters assembled at the quarry, they saw a bus waiting for them.

‘I want all of you to get in the bus!’ said the foreman, ‘we are going for a picnic.’

After a one-hour journey the bus reached a large clearing. As the stone-cutters descended from the bus, they were left spellbound by what they saw. In front of them, clad in red stones, was a grand temple, its imposing form standing majestically against the bright blue sky. As they moved about, the foreman guided them through the temple.

‘Look these are the very stones we cut into shape,’ said one worker, running his hands over the stones.

‘I never knew stones could look so beautiful,’ said another.

‘When this temple is inaugurated, you can bring your families here. They will be so proud to see what you have done,’ said the foreman.

The workers looked at the foreman with gratitude. He now had their undivided attention.

‘Look at that temple,’ said the foreman, ‘there is only one part missing.’

‘Right, the inner chamber that will house Lord Ganesha. Right now, it is just a grey cement structure, not worthy of him, right?’

‘Yes, yes, you are right. Not at all,’ everyone chimed together and started discussing, among themselves, how the inner chamber could be made worthy of Lord Ganesha.

‘Can you get us white marble?’ asked one of them.

‘Why?’ asked the foreman.

‘The inner chamber has to look special. If we use red stones only, it will look like the rest of the temple. So, we have decided that we will make a special inlay design with white marble,’ said the worker.

‘But marble will be twice as hard to cut,’ said the foreman.

‘Yes, but the inner chamber has to look perfect. Can you get it for us?’ said one of them.

‘When do you need the stones ready?’

‘There is a very auspicious occasion in thirty days,’ said the foreman.

The temple was inaugurated on time, and the temple builders stood with their families at the entrance and welcomed the devotees with garlands.

Companies want employees to go beyond their job description and show enthusiasm towards organisational aims. Yet, in return they can no longer promise job security. The new market realities are forcing companies to be agile: to move quickly (with a smaller workforce) and easily (with a flexible workforce). If companies want to attract and retain the best talent, they must focus on the value that they are delivering to the employees in lieu of job security.

The new foreman made the workers visit the grand temple, the magnificent end result of their backbreaking labour. He offered to have their families visit the temple. He filled them with pride about their work. He transformed them from stone cutters to temple builders. The next step was to give them an aim that they could be enthusiastic about. Since his relationship with the workers was new and his authority delicate, the new foreman did not directly outline the aim. Instead, he suggested: ‘Is the inner chamber worthy of Lord Ganesha?’ This suggestion helped the stone-cutters discover a worthy aim themselves. The team’s acceptance of the aim was, therefore, automatic. The company’s aim was simply to complete the temple and earn profits, but the wise foreman reframed it to inspire the team: not in the number of stones cut per day but in terms of building an inner chamber for Lord Ganesha.

The late Nelson Mandela said, ‘If you talk to a man in a language he understands, that goes to his head. If you talk to him in his language, that goes to his heart.’ A company must connect with employees in their language, and help them discover how their actions lead to the fulfilment of a truly meaningful aim. Gallup says that in order to win customers, companies must win the hearts of their employees. If so, the next value creation opportunity may be right inside your company: helping the 87 percent discover enthusiasm, helping them cross over to the other side. 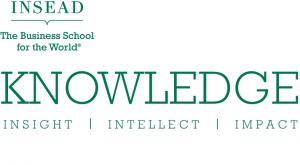 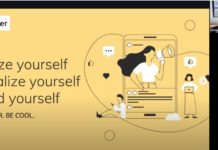 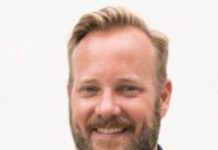 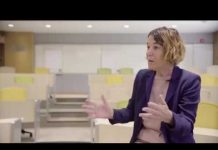 How to Become a “Sustainable” Brand