I was one of around 3000 tourists who visited Hobbiton today. Hobbiton is Middle Earth. Well, ok, not quite, but it’s the set from the Lord of the Rings (LOTR) and Hobbit movie built in New Zealand. The original sets, built for the Lord of the Rings trilogy movies were intended to be temporary, but attracted thousands of visitors to the farm of Russell Alexander, the owner of the 14 acre site (part of a 1000 acre property). So by the time the Hobbit was to be shot in 2010, he and Peter Jackson the director of the movie decided to build a permanent one that could be marketed. It is now amongst New Zealand’s top attractions, pulling in over 500,000 visitors a year and delivering around $78 million in revenue to its locality. Not everyone in our tour group today had read the book or seen the movie. (Just as Russell Alexander and his family had not back in 1998.) Yet they were there along with LOTR nerds to admire the fake trees and take photos outside Bag End.

To pull off this marketing feat, the Hobbiton team visits 30 countries a year to sell the destination. The books and movies are of course their biggest ad, but they need to convert awareness to sales. The visitor experience is well-managed though rushed – and the scripts well-rehearsed. What the success of Hobbiton tells us is that a good story can live a life well beyond its original format.

There were news reports in 2017 that Ramanagar was going to be developed into a Sholay experience but that has not happened yet. There was a plan to build a mythological park or one on Krishna’s life, but that seems to be going very slow too.

Many brands have a story to tell, but few invest in making it an experience. In Bangalore Samsung has notably done so by converting the old Opera House to its display showroom. Infosys did so nearly 20 years ago with its experience centre. Again, these examples are few and far between. Hobbiton shows us that done efficiently a narrative can make the leap from digital to physical and generate revenue for its parents!

I apologise for the short note. I write this from a caravan near a geo-thermal geyser. 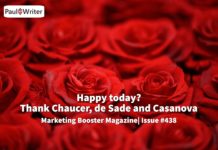 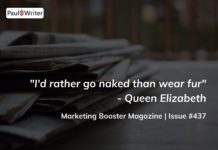