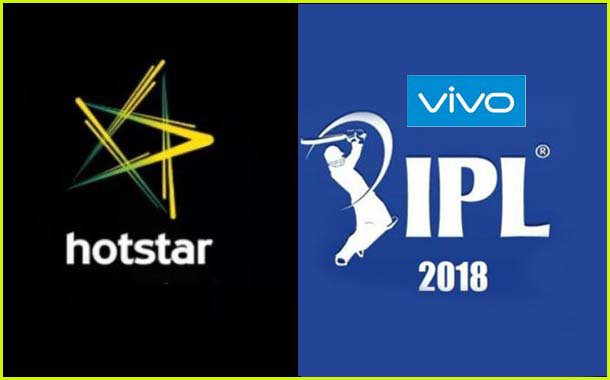 Two weeks ago, when IPL 2018 was just kicking off I had written this piece around Hotstar’s business model in general and what IPL could bring to the table for the brand. That same day The Ken, did another piece that gave a ringside view to the innards of what the Product and Engineering teams at HotStar were focussing. You can read that piece here.

It helped to have a chat with the good folks back there and exchange some notes as feedback on my article. In a similar vein, a few more senior folks from the industry shared with me their points of view on what they found was right or wrong about the article. These conversations/exchanges gave me a good structure to fall back on while putting this piece together.

Meanwhile, it helped to get access to the 2017 financials for Hotstar from the RoC website, which gives a little more heft to some of the back-of-the-envelope number crunching I had done in my first piece.

I have hence divided this piece into three sections: Facts, New Premises, Costs and a Summary at the end of it.

The actual reported 323 Cr is likely to include at best 15–20 Cr of subscription + licensing/affiliate revenue. This is something I could’ve got wrong because what actually is 4.1 Cr of subscription revenue for 2016 read like Rs. 24.1 Cr on this article (see for yourself). What’s surprising is that both these pieces are written by the same journalist within 2 months of each other, but one article said the number is 24.1 Cr while the other said it is 4.1 Cr. We have already worked out our most optimistic numbers in the previous piece, so for this one let’s go with 4.1 Cr for now.

I soft validated this subscription number with another former senior executive from Star and the right figure as per him too was “single digit crores” for year-ending 2016. For 2017, the 20 Cr figure seems to be a fair estimate for us to bank on giving it a 4x increase. With that as a base for 2017, my assumption of 100 Cr as Subscription Revenues for 2018 was quite off the mark

Coming back to our table now, it makes sense to first show what the actual numbers look like as on date, taking the numbers from the RoC website, post-which we can look at doing an approximation on costs.

Back in 2015, when Hotstar first won the rights to stream IPL matches, the costs for a three-year term were pegged at ~300 Cr for 3 years. It is hence fair to say that the above costs include these costs of cricket rights acquisition. The problem for Hotstar though at this stage is that if we allocate even 10% of the original Star Sports bid of ~16,000 Cr for 5 years towards Hotstar for its last year’s rights acquisition of IPL, the costs would tantamount to ~320 Cr per year for the brand.

Add to that the additional costs of India cricket that Star won at ~6,000 Cr for 5 years. Again, apportioning only 10% of that cost to Hotstar would be an incremental ~120 Cr per year. That makes it a total of 440 Cr of new content acquisition costs only.

Effectively, while we see those actual costs above in the table, we are talking about an additional ~340 Cr (since we are assuming that they already had allocated 100 Cr for IPL in their previous two years) per year hit from now on till 2022, at the very least.

With that, we have a slightly clearer picture of what their P&L is going to look like over the next 5 years.

To sum it up

The anticipated losses for 2016 and 2017 are actuals as obtained from the website as are the costs. The subscriber revenues we have gone over in this article above and the additional costs I have added from 2018–2019 onwards are those as explained in this section. Even if we keep the costs constant over the next four years, this isn’t looking pretty for Hotstar anymore considering a best case scenario of an aggressive uptick in subscriber numbers.

For argument’s sake, in this table if one changes the subscription numbers by a factor of 1.5x or even 2x, the overall numbers would still barely look good. The only way this can look better is if internally Star Sports doesn’t allocate any costs towards Hotstar towards content acquisition. And bear in mind here we have apportioned only 10% of all of Star Sports acquisition costs for IPL and BCCI cricket. Technically, while this is Star’s prerogative would it be fair to get all these revenues in the name of cricket but allocate zero costs towards it? Probably, not.

One will obviously expect additional revenues to kick in from affiliate and international sales but something radical will need to change on the advertising and subscription front for this to make sense for Hotstar financially in a five year term period.

Why do businesses invest so heavily in assets that won’t make sense financially over a five-year term? Is it because a five-year term is too minuscule for the concept of a ‘going concern’? That these are such long-term bets that the ‘value of these assets will endure’.

Or is it because having such losses in the balance sheet make a good case for reinvesting your profits from other businesses into new businesses instead of having to pay taxes on those profits?

My sense is that Hotstar’s bet isn’t so much on advertising and subscriber revenues as such. Simply put, it’s a bet on a mobile India, a bet on a country with the most/second most number of mobile phones in the world.

The most downloaded apps in India and by that sheer logic, an extension that the apps that consumers are spending most time are Facebook, UC Browser, Whatsapp, FB Messenger and ShareIT (if you take the top 5) How does a new brand break into the top 5 there? It is by offering something that takes a disproportionate share of the consumer eyeballs. And that’s what HotStar’s bet on cricket in particular and Star’s bet on cricket, in general, is all about.

It’s also the same reason a Facebook bid somewhere in the range of 4,000 Cr for IPL for five years. That’s the value they saw for Facebook Watch. That seemed to me like a robust financial call. They are already up there with consumer ‘eyeballs-share’. How much more were they going to pay to increase that share? Just about enough to make advertising sense.

Facebook wasn’t and needn’t try to break into the top 5. They’re already there. For them it had to be a financial call to beat YouTube and garner a higher share of digital video advertising revenues. It was Hotstar that had to disrupt things to get to the top of ‘eye-balls share’ ranking.

It might sound silly, but while I can imagine a whole set of suits in a boardroom somewhere in Star concluding that financially this doesn’t make sense, someone stepped in and said, “It’s a bet, let’s take it.” You can only win it, if you take it, otherwise, you are just a bystander.

It’s a punt on being a relevant brand, it’s a move to make Hotstar a must-have on your mobile phone all year long. It’s not a bet based on financials.

It’s a bet based on gut that something will work out to make financial sense in the long run. And sometimes, that’s all there is to business. A good gut.

P.S. Feel like you need one more perspective on this? Here is an excellent analysis from Outlook Business by Krishna Gopalan.

Have a ‘gut’ day everyone!