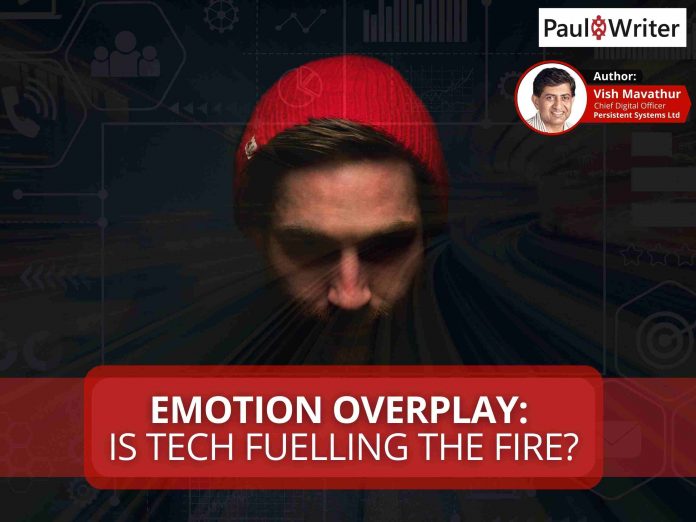 Some 25 years ago, Bill Gates famously wrote an essay titled ‘Content is King’. He made far-reaching predictions on the subject. One was about how content of all kinds would evolve: news, games, entertainment, sports, advertising, blogs, software. This would grow explosively in volume and variety. Content today takes the form of text, pictures, audio, video or streaming audio/video. Another prediction was that the internet would enable most content to become free to consume (or, almost free). Made 25 years ago when we did not have the platforms of today, that was a great prediction.

Content is no longer only about marketing. If content is king, the platform is the kingdom where content is born, where it evolves and thrives. And the kingdom is changing faster than ever. Shrinking half-life of interesting content stresses not just Youtube content creators, but also Media companies, News channels, Advertising agencies, Educators, Software firms, and many other businesses that monetise content on web. Narrowing attention spans of consumers is adding to the chaos.

Last year in India alone, over a thousand channels on Youtube had more than a million subscribers each. Especially in India, videos on platforms like Youtube have been a major internet entry point for young citizens. Creators need to keep generating more interesting content ever faster to just to keep their audience.

In one of my previous articles titled ‘The Ethics of Design & the Attention Economy’, I pointed to Justin Rosenstein. He is well known for having designed the Facebook ‘like’ button and action. He speaks of how people have evolved to a state of ‘continuous partial attention’. This had led to a situation where content designed in a certain way alone will get that attention, albeit for a brief period. The rest of the content is mostly ignored. Attention-seeking content with specific colours, shapes, view and activation actions, are in their hundreds on our devices. ‘How to build habit forming products’ is a great book by Nir Eyal, which goes into depth on the subject.

Over-played emotion is great at attracting attention. Therefore, no surprises on the steady stream of content that tug at your heart strings. Objective and rational thought is sought to be kept aside by content creators as it may interfere with the intended response the creator is seeking. Today Machine Learning algorithms are constantly profiling users to check who is influenced by what information or emotion, by how much. If you are prone to responding immediately on updates about vacation services, and not so interested about the latest vegan foods, the content platform knows that, and benefits from that knowledge in many ways.

The relevance of emotion to experience design has been well understood for many years now. UXPA, the professional association of designers, postulates that the following key attributes can be tapped into for an indication of emotional engagement: (1) Eye movement patterns including how long the vision rests on one part of the content versus elsewhere (2) Skin conductivity changes caused by sweating, again an indication of psychological engagement (3) Facial expressions and micro-movements (4) Analysis of brain waves. Devices for all these tracking methods are now available commercially (outside research laboratories) and they mostly work using Bluetooth. For analysis, responses are mapped across two orthogonal dimensions, one being engaged-disengaged and the other being pleasant-unpleasant.  All responses to content can be fitted somewhere on this map, and the reception to a particular piece of content can be accurately mapped this way.

Many platforms are household names today, with mega market capitalisations. They have developed elaborate psychological profiles of individual users in the hundreds of millions. The data may be anonymous for the most part, but it exists at individual level all the same. The use of emotion in demographic profiling is not a recent phenomenon; It has been the trend for a while, in various forms. Even in the good old era of box television, people lamented the over-emotionalising of content and downplaying of thinking decisions. The Calvin & Hobbes cartoon strip above was run in 1992!

What does this mean for the kingdom of content, the platforms that allow millions of people and thousands of firms to create, collate, consume and distribute content? Any technology enabling the process in a faster, easier, more seamless and more flexible way is a winner.  Artificial Intelligence has advanced to a level where insights thought to be previously to subtle or impossible to obtain, are now being churned out at granular level. Mass customisation is relatively easy on new content platforms.

Massive volume and variety come with a new problem: Proof of content ownership. Who determines what content is original, which is duplicated, and what is fake? The emergence of non-fungible tokens (NFT) alongside Blockchain, has solved that problem for some important kinds of content.

But the most successful content is that which can be modified easily based on changing demand. “Be formless, be shapeless… You pour water into a cup, water becomes the cup… Water can flow, or it can crash… Be Water, my friend!” — Kung Fu superstar Bruce Lee, describing his fighting style which emphasised adaptability. While Bruce meant the advice for humans, the logic works for content too.

Content creators, marketers, platform owners and all intermediaries in the content kingdom can look forward to increasing capabilities in churning out higher volumes, variety and greater quality content. Cloud and Digital have powered content creation, distribution and consumption. They made the process ubiquitous, easy, cheap, and even fun in some cases. These attributes have ensured their massive and growing popularity in the tech world. They continue to be major contributors to the ongoing transformation in the content kingdom. Cloud enables the magic through its integrated infrastructure and application ecosystem, and Digital improves the engagement, experience and excitement!