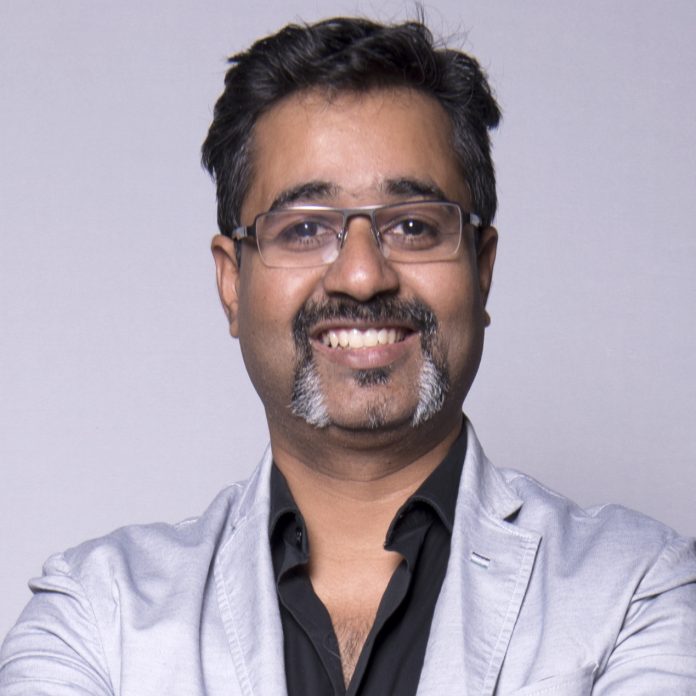 We caught up with Tanay Kumar, CEO and Co-Founder, Fractal Ink Design Studio for a quick chat about what 2018 looks like for him.

1. What excites you right now in your personal or professional life?

The sheer challenge that I walk into every day is the biggest excitement in my life. Every day is a new day in the studio. The thing that I love most about my job, is that people come to us with hope and excitement to create something phenomenal. The energy that comes along with this enthusiasm, becomes a fuel that powers me every day.

Right now, the pace of growth and innovation is what excites me. Access to a world of data, knowledge, and talent around makes you feel empowered. With so much happening every minute you can feel it rushing in your bloodstream.

The gratification of creating something which goes in people’s hand and the feeling that I have made a difference in people’s everyday life is unmatched. It does come with its own share of disappointments when something fails, but still, the affair with creation is so strong in this profession, that disappointments starts powering you to create something much better the next time. The thing that I love is that the journey is never-ending.

As in any love affair, the toughest moment is the time when you have proposed and you are waiting for an answer. This is exactly the same story every time our product goes out for people to experience.

2. What are you looking forward to this year in terms of career/personal growth?

Professionally the goal is to build the greatest and biggest story in the space of experience design. It took decades for our world to move from Agricultural economy to manufacturing and then to information economy. But the shift from information to experience economy has been rather swift. I see this as a wonderful opportunity to build a pool of talent that can help nurture this perspective into effective strategies for businesses.

In view of the above, Fractal Ink has redefined its positioning this year to ‘Experience Design and Consultancy’ from ‘Digital Design’.  In the coming years, we see digital becoming invisible as it would be so tightly woven into the fabric of our lives that it would become very hard to separate it from our physical world experiences. This would entail a range of expertise from designers and engineers to Sociologists and Psychologists or behavior scientist to collaborate in order to evolve the current state of our services, products or businesses.

In the near future, we see sound/voice entering into the arena with greater impact. Fractal Ink is geared up to take this up and has been successfully experimenting with some sectors in this domain. Creating intangible interfaces/experiences with voice bots and using technologies like ML, NLP and AI is what I think is going to drive the next generation of machines.

To start with a bit of history, I come from a small town of Jamshedpur in India, better known as the steel city of India. The growing years were absolutely wonderful in this city.

I belong to a very modest middle-class family environment. My early years were far from design as a subject. Coming from a time where engineering and medical were the only respected professions to pursue, design was probably a subject to be taken up if you really had no other choice. I remember the times when my Dad had to explain my choice of subject to his peers and found it really hard to define it.

Never got a cushy job, hence Priyanka and I started a small boutique Design Studio called Ambiaance Designs in 2001. In 2006 we wrapped up Ambiaance and flew to London to try our hands in foreign waters which I think was a turning point in our journey. The exposure of working with different cultures in evolved markets gave an insight into possibilities which were unseen till now.

While in London, I was a part of one of Europe’s largest digital agencies, LBi (now Digitas LBI) for close to 5 years as Creative Head (LBi India) where my role was to stabilise relationships between two markets and bring best practices from London to India.

This brief stint gave us an opportunity to view design and user experience as a much bigger game changer. With established processes and the knowledge of leading effective design teams, in 2010 Priyanka and I thought it was time now to build something bigger than what we had previously done.

Moving back from London in 2010 was a very conscious decision for Priyanka (COO, Co-founder and Chief Strategy Officer) and myself, which was invested more in the vision of starting up this entity rather than patriotism. Our exposure to experience design and its role in the modern world formed the basis of starting this company with Geeta (COO, Co-founder and Chief Business Officer) and Hemant (Co-founder).

4. What is one of your defining moments in your career/personal space?

I believe the defining points in one’s lives are also the lowest points. It’s not the rise but the fall and then the courage to gather yourself up that defines you.

Although in retrospect it’s always easy to look back, I do see some moments which defined me as a person today. The whole rat race towards engineering and medicine in my times, which was aptly described in the movie “Three Idiots” was probably life-changing. I failed to align myself to these glorified entrance exams and took up Architecture as a choice of my subject.

The whole uncertainty towards getting a job after graduation probably made me move away from looking for one. This inevitably led me to jump into starting something of my own when most of my peers were enjoying luxuries of corporate infrastructure and multinational inflow in the country.

It wasn’t an easy path but I am kind of grateful to that. It allowed me to decide my own appraisals every year and reflect back more truthfully on myself. With no framework or stereotypes in place during the initial years of business, it allowed me to put a differentiator to everything I did.

The last but not the least was my move to relocate to a different country. With survival instincts already developed, London gave me the opportunity to build a layer of confidence in my methods. A sense of fearlessness and being fiercely persistent was developed during this time, which I think is one of my biggest assets or defining attributes of my personality.

5. A brand you think has aced in terms of design and why?

This question today invariably leads on to a handful of brands which has been able to drive a difference in the way we lead our lives today through design.

Apple being at the top is a no-brainer, where it used design as a lever to not only excite the audience but also engulf them into a frame of mind where product experience becomes the single most important factor. With a suite of products and services, it has been able to transform and push our benchmark of good design.

While Apple is at the top, I feel there are other brands which have aced and have taken the lead in this discipline. Most of these are brands which challenged the incumbents and were able to build a value in people’s lives and establish themselves as a verb. Uber, Airbnb, Facebook, WhatsApp being some of them. Today we use these brands as a behavior attribute which proves the immense power of experience design.

6. What is a challenge when one thinks of superlative design and Indian brands?

I don’t think its right to evaluate the context of Indian brands on the platform of superlative design. As in any third world country, we have our own challenges on fulfilling basic needs for our people, which often pushes us away from any activity which is perceived as a superficial in nature. And this is because for a long time design was looked upon as a process of adding a superficial layer of beautification. With fashion taking the lead in owning this word “design” most of the audience never understood the real value of design beyond draping humans.

Thanks to likes of Apple, Google and Microsoft of the world who actually in a way evangelized the importance of design in everyday things. With technology, the world got smaller and it allowed us to be placed beside anybody in the world. This changed the landscape brought about a wealth of change in the perspective towards design in India.

Indian brands today are rising up to global standards and are able to be competitive alongside some of the most respected names in the world.

However, this change is relatively slow is what I believe. We often as a company get inducted in the last few sprints of product development which makes it hard for us to drive any change hence resulting in superfluous design.

The other big challenge which we face is that perception of this process as being absolute. Design at its root is an iterative and ever-evolving concept. Getting to a model where constant evaluation and improvisation is an accepted method is something that I think is a challenge.

7. What advise would you give to young people just starting out their careers in your field?

As a designer, being a good observer is probably a quality which needs to be nurtured right from the start. Being in the domain where you are dealing with Humans as a subject, you need to be conversant with their lives, behaviors, likes, dislikes, and emotions.

Experience Design in today’s world is far more complex than traditional graphic design or any other form of design. You are entrusted to strike a dialogue between machines and humans. The sooner you realize that it’s not just the graphical representation but understanding of user journey which drives experience the better it will be going ahead in this field.

Another aspect to keep in mind for young aspirants is collaboration with people from various disciplines. It is the key to the next generation of innovations. I see many young minds completely invested in a singular point of view, especially designers, where the belief is very strong that they drive innovation, which is completely a wrong belief. Respect for other disciplines and open mind to be inclusive in your approach would be highly fruitful and rewarding going ahead is what my recommendation would be.

Importantly all the qualities for becoming successful is not something you need to be born with. You just need an open mind and persistence to make it happen for yourself.

With 16+ years of experience, Tanay currently spearheads Fractal drives design Strategy and looks into visual design discipline at the Studio. His entrepreneurial journey started from IIT Bombay itself, when he launched Ambiaance Designs with his partner Priyanka Agrawal in 2002 which was sold off to Vizualize Technologies in 2006. Post the sale he moved to London and worked in LBi (One of largest Digital Agency of Europe) as a creative head till 2010. With a strong focus and vision to take Digital Experience design in India to the global level, he started Fractal Ink with his 3 other co-founders and grew it from a 7 people company in 2010 to strong team of 90 in the last 6 years. While being a mentor to many UX groups and design incubators around in the country, he also helps educational institutions in formulating their design curriculum around the industry. Fractal Ink was recently acquired in 2016 December by Dentsu Aegis Network(India’s 2nd Largest Agency network after WPP). Currently, he is the CEO and Chief Creative Officer for Fractal Ink. 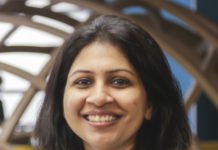 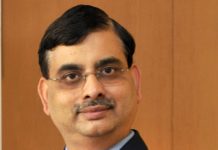 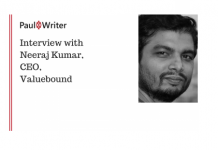