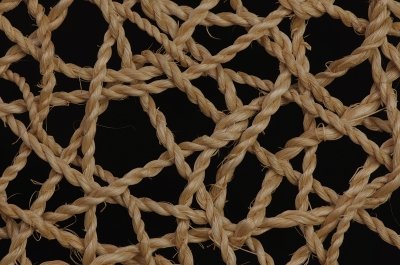 I am surprised that people are surprised that Sachin Bansal of Flipkart is signing up, no, sorry, just discussing signing up, with Airtel Zero. Most companies work very hard to maximize shareholder returns. They do this within the legal framework. Aspects like customer service, product innovation, even corporate philanthropy are all undertaken with the overall goal of enhancing the company’s reputation with its numerous stakeholders.

Airtel Zero is itself the target of activists because it violates Net Neutrality. Airtel Zero and similar offerings waive data charges for customers accessing certain pre-defined sites and charge the website owners instead. Kind of like a toll-free access for websites. Other similar options are to sell access in “packs” i.e. you pay a differential (lower) rate for certain “favourite” sites e.g. the Tata Docomo offering in the current framework this is not illegal.

When Net Neutrality was under debate for legislation in the US, firms such as Facebook and Cleartrip supported it. However in India they have not spoken up and are in fact actively participating in programs such as the ones mentioned above which violate Net Neutrality. This has been made much of by the activists. Violating Net Neutrality is currently illegal in US (though the telcos are appealing).

The Starbucks CEO got kudos – and flak – for speaking in favour of legislation allowing gay marriages in the US. Some investors threatened to sell the shares. Some customers threatened to boycott it. It isn’t illegal to speak in favour of a certain legislation, and gay marriages are already legal in some states in the US. But Starbucks India has not taken any position on gay rights.

My view is that companies cannot have a conscience. They do things that they think will help them be seen as a ‘good’ company. Being ‘good’ usually results in a brand premium, hiring premium and hence better shareholder value. It is extremely rare for a company to take a position that will jeopardise any of the above. Since ‘good’ varies by cultural norms it is not unusual for companies that have an excellent track record on gender diversity in India running women-only software centers in Saudi Arabia. Or those espousing free speech in US undertaking self-censorship in China. Or firms with a strong gay rights policy in Europe taking a much softer approach in India. Or firms whose reputations are built on the excellence of their beef burgers removing it completely from their menu here.

As you can see from the examples above, a company’s morals in a particular country closely reflect that of their customers are always in line with the laws of that particular land.

So if you want companies to do something or change their behaviour to conform more with what you think is good there are only two ways to go about it:

In the current debate on Net Neutrality if you want to defend the current level playing field of the internet without pay-walls and gates which will be tilted in preference of the bigger players there are only two things that can be done:

1) let the government know your views – visit //www.savetheinternet.in and share your views. (If you are not in favour of Net Neutrality you’ll have to edit the responses) Remember that as long as something is legal, companies cannot be penalised for doing it
2) Let the companies know what you feel about their choices and how it will affect your future spending with them

Editor’s Note: A couple of hours after this piece was published, Flipkart has withdrawn from Airtel Zero. Clearly the consumer voices got through to them!