Home Insights 8 Ads From the 90s because Old is Gold 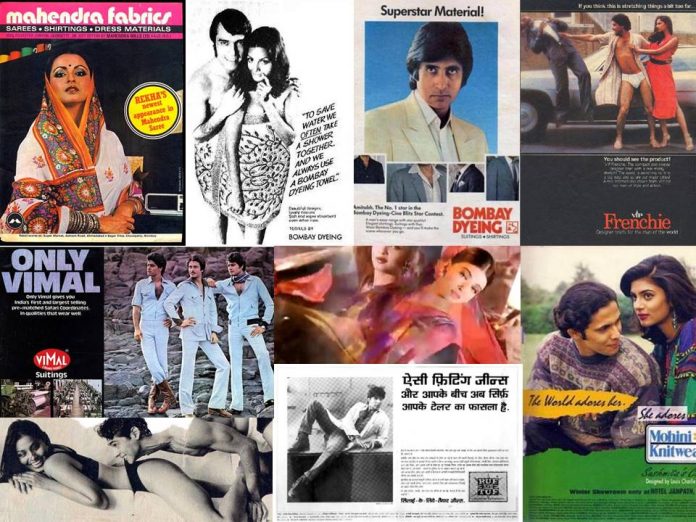 Hey there! Welcome back to our Nostalgic 90s corner! From ‘hear ye, hear ye’ to door-to-door advertising, print, radio and television and now social media, advertising has come a long, windy way. This week we thought it’d be fun to revisit some of the famous clothing brand ads from the 90s! See any familiar faces?

Established on August 23rd, 1979, The Bombay Dyeing and Manufacturing Company Limited happens to be one of the most recognized companies owned by the Wadia Group. A vision of Mr. Nowrosjee Wadia, Bombay Dyeing has clearly withstood the test of time. In their early ads you can see the familiar and famous faces of Sharmila Tagore, Amitabh Bachchan, Rajesh Khanna. 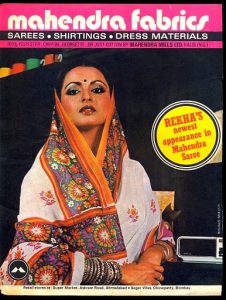 Featuring the youthful Rekha in quite a few of their ads, Mahendra Fabrics ad is simple in its message: the stars wear our designs. The color, vibe and Rekha’s expression make for a compelling argument. 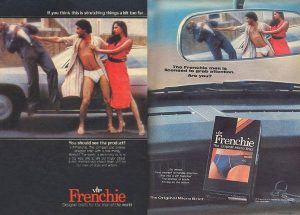 “If you think this is stretching it too far…You should see the product.” The tagline that refers to a man with one hand around a girl, while the other is engaged in striking the villain (we assume!) all in front of a shiny car, speaks for itself. The picture is a sure attention-grabber and the taglines in both ads are very witty.

From nightwear to innerwear, Calida sells it all. But their ad released in the 1990’s featuring Bipasha Basu and Dino Morea in a seemingly playful and intimate moment received terrible backlash and was soon after removed. 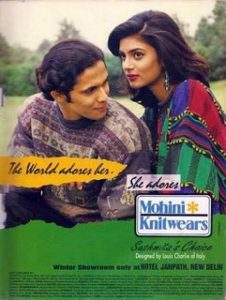 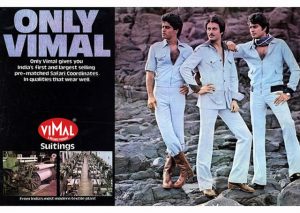 Part of the Reliance Group, Only Vimal largely focused on ‘fashion for the young trendsetter.’ The three men in the ad are clearly representative of the fashion of their times, from the neck scarf one of them sports to the exhibition of their chest hair and the hand-on-hip poses. 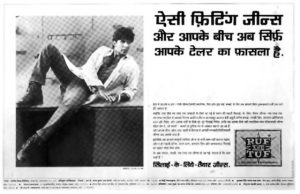 Ruf and Tuf Jeans, a brand of Arvind Limited, sold ready-to-stitch jeans packs. The tagline very smartly translates to “The distance between you and these well-fitting jeans is just the distance between your tailor and you.” Featuring a young Akshay Kumar, the ad was released in a time when jeans was gaining popularity in India.

Garden Vareli, a brand of Garden Silk Mills Limited, portrays various shots of a young Aishwarya Rai in bright sarees ranging from leopard prints to summer shades. The vivid colors combined with the beauty and engaging manner of the actress are easy on the eyes.

6 Controversial Advertisement Stories You Should Know About