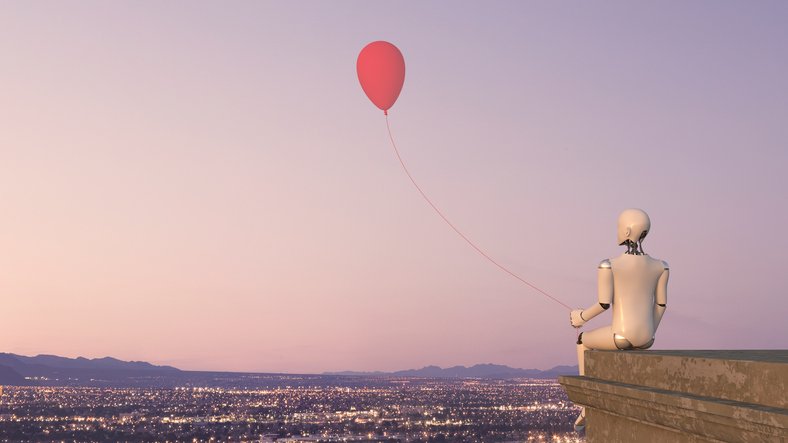 No, it won’t turn your brain into a supercomputer. And it won’t let you hear colors. Or, turn you into a bionic superhero à la Iron Man. Though on the plus side, it’s unlikely to evolve into a race of cyborgs bent on destroying the human race either or, steal our jobs for that matter. Artificial Intelligence (AI) in the realm of B2B marketing may not be as sexy (or terrifying) as some of the more commercial and (so far) fictional applications of AI—but, here are three reasons why it is exciting for marketers:

You Can Start Using It Right Now

Being able to use a technology immediately should not be taken for granted, especially when it comes to AI—a technology which, it’s sometimes easy to forget, is still in its infancy.

To understand the dissonance that so often exists between AI theory and practice, consider Elon Musk. When the Wall Street Journal revealed that Musk had actually founded a company (Neuralink) to actualize his idea of merging the human brain with artificial intelligence (a concept he’s calling “neural lace”), the internet exploded with debate over what this could mean for the future of the human race—not to mention the wisdom of conducting brain surgery on healthy people. But the debate is, at this point, purely academic. In fact, even the basic science behind it is somewhat disputed, to say the least.

Musk and Johnson are applying the Silicon Valley playbook to neuroscience. They’re talking about a technology they want to build well before they can actually build it. They’re setting the agenda for this intriguing yet frightening idea before anyone else sets it for them. And they’re pumping money into the idea in ways no one else ever has.

Whenever anyone mentions “AI”, it’s crazy ideas like this which first come to mind. And that’s understandable; cyborgs and supercomputers capable of outsmarting humans are literally the stuff of movies.

But these technologies—as awesome and potentially life-changing as they sound—are many, many years away from practical application, let alone commercial availability. (Although a robot did once beat a human world champion at “Go”, the world’s most complicated board game… But, yeah, I don’t see Hollywood picking that one up.)

Yet, at the other end of the spectrum, less conspicuous applications of Artificial Intelligence are increasingly become a part of our daily lives—from Siri, to Alexa, and of course, to Tesla. AI applications exist as a part of products as well, for example, Facebook’s ability to recognize the faces of your friends from their pictures is powered by AI technology, as are Amazon.com’s exceptionally effective targeted ads.

So while their more fantastical but as-yet-unfeasible cousins are making all the noise, these and many other more down-to-earth Artificial Intelligence technologies are already here, in the real world—and offering very real advantages and opportunities to businesses of all kinds.

AI is Being Rapidly Adopted—So Don’t Get Left Behind

B2B marketing—and demand generation more generally—is quickly catching on to the AI trend. AI technologies ranging from predictive analytics to chatbots are already enhancing how we do business. Using machine learning (a form of AI) these technologies can actually learn from your historic data —for example, which kinds of leads closed deals, and which didn’t—to help you understand the kinds of leads and accounts to target in the future.

(For anyone unfamiliar with the various AI terms like “machine learning” and “deep learning”, here’s a helpful article which explains it pretty well.)

Many B2B companies have already been using basic AI tools, such as those mentioned above, for a number of years now, and this trend is only increasing as we see the B2B start to experience a familiar sign of rapid adoption: hype.

“Hype” isn’t a good thing, per se—of course it’s counterproductive to exaggerate or distort the value of particular ideas. But it’s also a natural part of the evolution of many technological and technical advances, as best illustrated by the Gartner Hype Cycle. It’s just the way of the world.

What’s more, it’s also true that there’s no smoke without fire; whether it’s account-based marketing and AI, or content marketing and social media marketing in their early days, the excitement or “hype” is usually drawn from a recognition that these developments really do pose significant benefits— even if some commentators and practitioners get carried away early on.

AI Technology is Getting More Powerful All The Time

Still, the most exciting thing about AI for B2B sales and marketing is what’s to come.

Research and development of AI technology is advancing by leaps and bounds, fueled in great part by a healthy mixture of competition and collaboration between technology leaders. The decision last year by Apple to open up its notoriously secretive AI research is a great example of this. Apple’s decision served as both a huge boost to the already burgeoning field, as well as a telling indication of the direction the winds are blowing: Apple wouldn’t have taken such a drastic step if it didn’t feel it risked getting left behind its rapidly evolving competitors.

So what kinds of developments can we expect to see moving forward?

Of course, it’s impossible to predict inventions and advances that haven’t happened yet (although, perhaps if I had a neural lace…). But it is clear that the focus today is on the area of AI with arguably the greatest, most exciting prospects: deep learning—a more advanced, complex form of machine learning.

In B2B terms, deep learning is at an even earlier stage of adoption—but it does have very real applications. For example, running more “basic” machine-learning algorithms on your marketing data can produce very useful results to inform future campaigns; but deep learning could potentially take things a step further, constantly learning from experiences to further develop, refine and correct its own algorithms over time.

Hopefully, this article has assiduously avoided “hyping” the topic of AI too much. But just in case, here’s one quick, crucial word of caution: data.

If AI is a powerful engine for so many applications, its fuel is the data it uses. And if the data is lacking in either quality or quantity, even the best Artificial Intelligence will fail to show any significant value.

In fact, when the AI hype comes crashing down from the very summit of Gartner’s Peak of Inflated Expectations into the dreaded “Trough of Disillusionment,” it will be a return to the basics of data management, hygiene, and optimization, which propel it forward to productive implementation.

Of course, you could avoid the whole Gartner roller coaster by simply shoring up your company’s data before or together with its implementation of AI.

Either way, AI is the wave of the future—for B2B businesses as much as anyone else.

Published with permission from here.