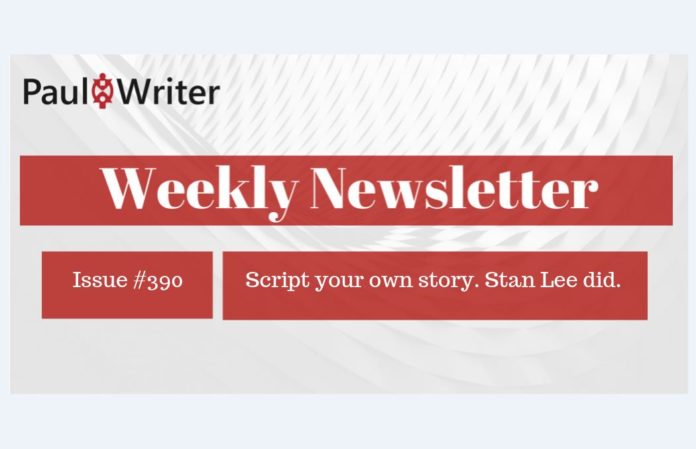 I conducted an internal session on personal branding for the team today and I found the example of Stan Lee, who helped co-create heroes like Spider-Man, The Silver Surfer, Iron Man, The Hulk, Black Panther, The X-Men and Doctor Strange, among many others, particularly relevant. He managed to stay relevant across a 70 year work life. Our parents mostly looked at a career that ended at 58 and a life-span that closed 10 years after retirement. But today, we’re quite likely to survive to our 90s and be active professionally possibly up to the point of death. That gives us the opportunity to have at least two full-fledged career life-cycles of 25 years each. Are we mentally agile enough for that?

Stan Lee died earlier this week at the age of 95. His career history could be a playbook for the future. He started off as an office assistant with no particular qualifications, filling ink-wells and fetching sandwiches. Then he became a writer. He stuck it out for 21 years in that same firm – with a break to fight the world war – and then found a partner with whom he created a slew of iconic characters. He did not invent the band of superheroes concept (that was DC Comics) but he made it his signature with Spider-Man and Hulk. From being a writer he became someone who shaped the popular narrative.

Lee’s educational qualifications were irrelevant to the story he charted for himself. Given the fluidity of roles and the uncertainty of what skillsets are going to be valuable in 5 years, we are again entering an era where on the job learning will supersede educational qualifications. With the variety of skills required by organizations in the Age of Intelligence, we will move away from standardised degrees to custom assessments run by each organizations as per their needs. Just as today students can choose their subjects in a modular fashion, companies might choose to assess candidates only on the modules they consider relevant. The days of coasting on the credentials you acquired in your teens and twenties are over. (Read 3 Ways to Transform Your Professional Life #forthewin )

Stan Lee stands out as someone who took a core strength- writing – and succeeded with newer and more modern form factors and narratives by constantly evolving. For anyone who has another 10 years or more of work life remaining, adapting and thriving with AI, IoT, Big Data are clearly a must. A recent McKinsey report pegs the potential economic impact of IoT to be between $3.9 trillion to $11.1 trillion a year in 20254 – translating to 11% of the world economy. Operations management, predictive maintenance and smart cities lead the value chain of digitization. The complete benefits of IoT are yet to be understood as newer technologies are added every day – you can read a CX-specific take on this at #letstalkcx.

I’ve been reading Sapiens by Yuval Noah Harari and it paints a delightful picture of a simpler – and happier – life when we were foragers. Tempting, but I don’t think many of us want to head back to that time. We’re in the Age of Intelligence and we will need to adapt faster than previous generations. Busyness is the bane of this Age and most of us don’t find time for the continuous learning that we know we need. But missing out on that could be as critical as not going for that gathering around that very first campfire to learn how to master the power of it.