WATConsult, India’s prominent digital agency headquartered in Mumbai, has begun operations in 3 new offices in Delhi, Bengaluru and Kolkata citing aggressive growth plans in the next financial year. WATConsult manages 80 brands with a team of 140 employees at present and looks to double the growth in 2014-15.

From being a boutique social media agency to now being one of India’s largest digital agencies, WATConsult has not only been successful in leveraging the digital space for its clients but it has been influential in redefining the path to making creative digital strategies. In the last 3 months WATConsult has won 3 awards most noteworthy being the best social media campaign for ‘Super Saturday’ at the IAMAI digital awards.

Commenting on the launch of the 3 offices, Rajiv Dingra, Founder & CEO, WATConsult says, “We were always one of the leading agencies in social media but In the last two years we have ramped up our capability and included full service digital skills be it search, social, mobile, media planning and deep digital analytics. Our geographic footprint was the only thing missing and by covering entire India we have brought ourselves one step closer to our dream of being India’s largest digital agency”

Watconsult’s key clients include Godrej, Mahindra 2 wheelers, TATA chemicals, SAP, Ranbaxy, Dr. Reddy’s, Nikon and Perfetti Van Melle. With the digital space expected to grow at 35% in 2014-15 and with brands having started investing in it now, WATConsult is well poised to leverage this growth with a talented and diversified large digital team and a network of offices across 4 metro cities in India. 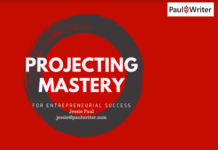 How to Communicate Your Brand Value Effectively