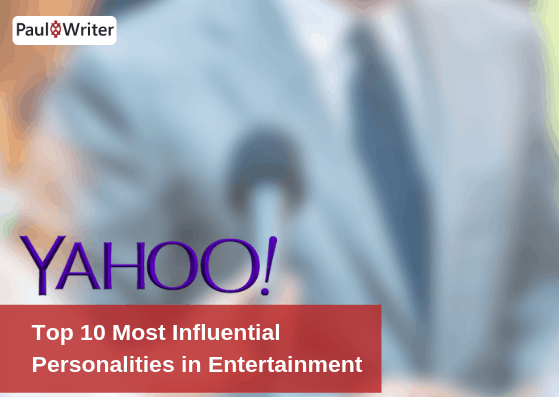 The pioneer of the saas-bahu serials era on Indian television, Ekta became a household name with successful soap operas such as ‘Kyunki Saas Bhi Kabhi Bahu Thi’, ‘Kasauti Zindagi Ki’ and ‘Kusum’. While a lot of viewers criticized these ‘K’ serials for being regressive, the TRPs showed that there was a huge section of the population lapping them up. Ekta replicated her small screen success with some very successful films under her banner, Balaji Motion Pictures. And now, she has made a super successful transition to the OTT space, launching 40 web TV series online through her digital app ALTBalaji. The czarina of Indian TV recently embraced motherhood by choosing to become a single parent to a baby boy through surrogacy.

India’s first genuine export into Hollywood’s mainstream, this former Miss World has carved out a unique niche for herself in the national as well as international arena. Her role as FBI agent Alex Parish in ‘Quantico’ catapulted her to global fame and there has been no looking back for Priyanka since. From being invited to Megan Markle’s royal wedding to getting hitched to one of America’s most popular singers, Nick Jonas, this lady can sashay her way into any ‘A’ list with the utmost ease. Such was the buzz around her wedding, that even India’s Prime Minister Narendra Modi graced the occasion. She is also a global ambassador for Unicef and carries herself with impeccable poise wherever she goes — the hallmark of a genuine celebrity.

The once undisputed Badshah of Bollywood has had a long, dry spell at the box-office. His experiments with new roles haven’t quite paid-off and back-to-back big budget films, ‘Dilwale’ (2015), ‘Fan’ (2016), ‘Raees’ (2017), ‘Jab Harry Met Sejal’ (2017) and ‘Zero’ (2018), have bombed at the box-office. Even so, SRK continues to enjoy immense popularity among his fans and wields immense influence in the film industry. His brand endorsements and other earnings have ensured his constant presence in Indian rich lists. Hit or flop, Shah Rukh continues to be one of Bollywood’s genuine superstars, one who has managed to remain relevant 27 years after his debut.

She is among the few female actors in India with the ability to carry a film on her shoulders. Known for her bold and sometimes controversial statements about colleagues, Kangana’s saves her best for the big screen. She was loved in the memorable ‘Tanu Weds Manu’ franchise and Vikas Bahl’s ‘Queen’. Her period drama, ‘Manikarnika’, which she co-directed after the director walked out halfway thorough, netted over Rs 95 crore. Her fierce views against the practice of nepotism in Bollywood, in which she did not even spare Karan Johar, have only added to the clout she possesses in the industry.

Deepika’s last big release was Sanjay Leela Bhansali’s ‘Padmaavat’ (2018) and the film was an out-and-out blockbuster. Her next film is Meghna Gulzar’s ‘Chhapaak’, a story inspired by the travails of an acid-attack survivor. While Deepika seems to be taking time to decide on her film projects, she’s almost always in the news. Her red carpet appearance at the MET Gala and at the Cannes Film Festival in 2019 was much talked about. She has also spoken openly about her struggle with depression and has worked to raise awareness about mental health in India with ‘The Live, Love, Laugh Foundation’. In 2018, Deepika was the first woman to enter the top five of Forbes India’s 2018 list of richest Indians.

Can you think of another star emerging from India who has a dedicated fan following even in Japan? That’s Rajinikanth for you! What nobody else can do, Rajini can. From being a bus conductor to a mass-frenzy-evoking superstar, Rajni’s journey has been long, arduous and dramatic. As of now, even at 68, he is in big demand with actresses less than half his age vying for roles opposite him. The combined earnings of his ‘Kaala’, ‘2.0’ and ‘Petta’, at the end of January 2019, was estimated to be over ₹1000 crore according to trade analysts.

His range of portrayals are as diverse as they are praiseworthy and this livewire actor always ensures that both critics and fans sit up and take notice of his performances. From the boy next door in ‘Band Baaja Baraat’, to the emperor Alauddin Khilji in ‘Padmaavat’ to the street-rapper Murad Ahmed in ‘Gully Boy’ — Ranveer has done justice to whatever he has taken on. His wedding with Deepika Padukone established them both as a genuine power couple in the film industry. Ranveer’s next features him as Kapil Dev in the much-anticipated ’83’.

While his area of influence was originally primarily in the Telugu-speaking southern regions, the stupendous success of ‘Baahubali’ and its sequel have imbued Rajamouli’s fame with a pan-Indian hue. The ‘Baahubali’ franchise is the highest-grossing Indian multilingual film franchise of all time. Rajamouli has now become a name that can get one of the biggest openings at the theatres across the country. For a regional director to achieve this is no mean feat.He was also honoured with the Padma Shri in 2016 for his contributions to the field of art.

The 53-year-old ‘Bhai’ of Bollywood continues to be the country’s most commercially successful actor. His recent release, ‘Bharat’, enjoyed a dream run in theatres and his next, the third instalment of the very successful ‘Dabangg’ franchise, is expected to be an even bigger hit this coming Christmas. Even Salman’s notoriety — his run-ins with the law of the land in the infamous hit-and-run and black buck cases — have failed to weaken the grip in which he seems to hold his die-had fans. His well-known philanthropy and masterly hosting of the popular ‘Big Boss’ show have further endeared him to his fans. He has also launched several newcomers and allowed them to gain a foothold in the industry.

Producer, director, chat-show host and actor: these are only some of the hats this multifaceted celebrity dons with panache. In a career spanning over 20 years, Karan has overseen the spectacular growth of Dharma Productions as it continues to be the most coveted Bollywood banner to work under. Even though his recent films, ‘Kalank’ and ‘Student of the Year 2’, didn’t quite live up to the expectations, Johar’s penchant for big-budget films often works magic at the the box-office. His inner circle includes the film industry’s who’s who: Shah Rukh Khan, Kareena Kapoor Khan, Ranbir Kapoor and Alia Bhatt, all acknowledge the huge role KJo has played in the evolution of their careers. His talk show prowess and, now, his courage to step into fatherhood through surrogacy, make him a role model for many.

These are the dream merchants whose every action and word is followed ardently by the millions who worship them. As part of an exclusive series, Yahoo India brings to you a ‘power list’ of the most powerful entertainers in the country.

Methodology: Ranking famous people as per their perceived clout in their respective spheres of influence is a tough task at the best of times. But for the purpose of populating this list, we have tried to be as objective and transparent as possible. The factors that governed our choices are as follows: measurable success in terms of hits and collections, visibility and standing in traditional and social media, achievements in the last 12 months, the impact they have they have made within the industry and outside it, and that intangible ‘wow’ factor that lends these people the Midas touch. 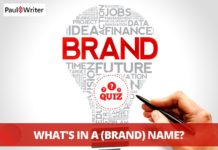