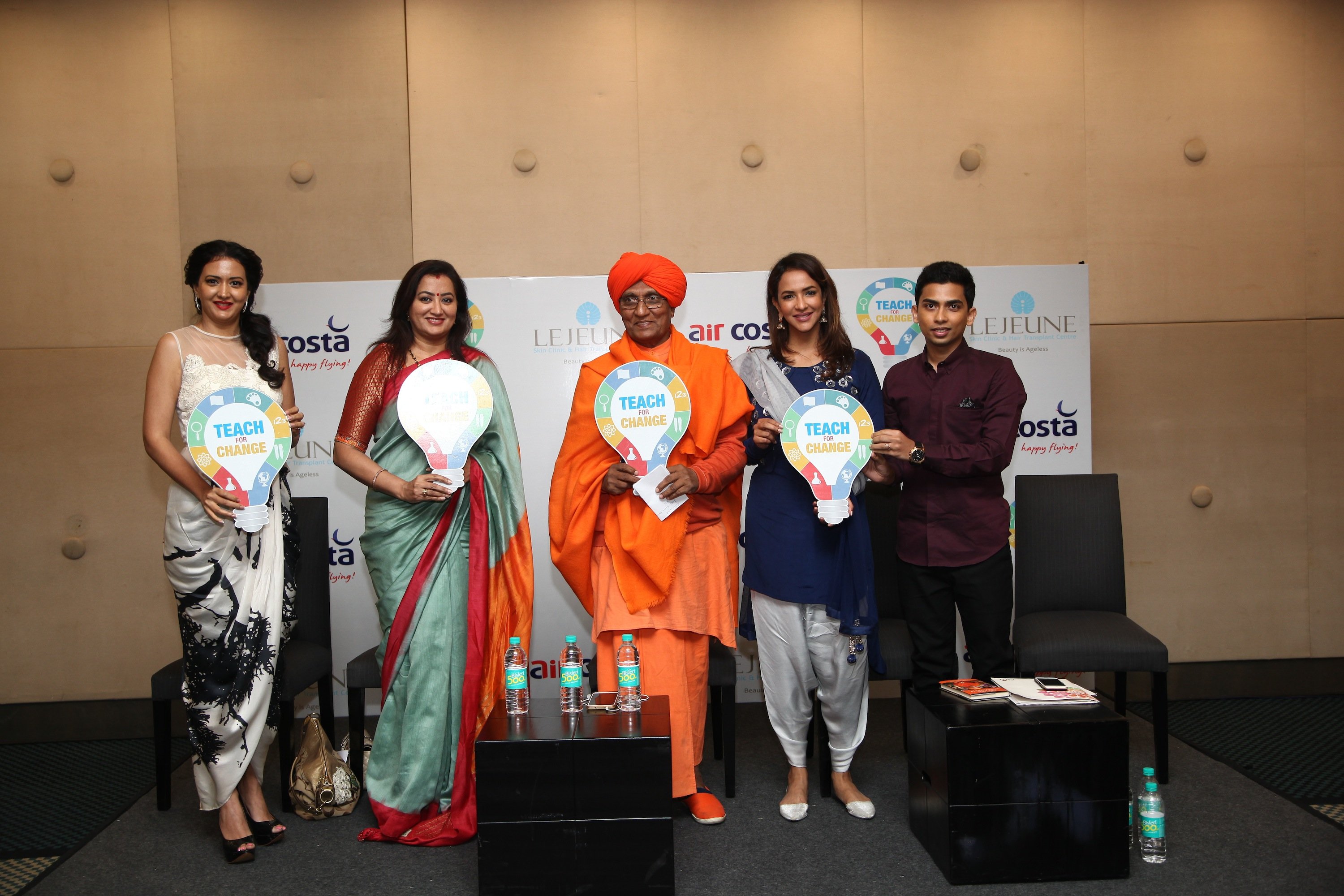 Teach For Change (TFC), a non-governmental organisation (NGO)whose objective is to improve the overall literacy standards at Government high schools, today announced its foray into Bengaluru.

The first phase of the initiative will see a hundred volunteers teaching English Language and Leadership skills at ten shortlisted Government schools in the city. The announcement was made in the presence of Chief Guest and Social Activist Swami Agnivesh, Actor Mrs. Sumalatha Ambareesh, Actor & Producer as well as Teach For Change’s Goodwill Ambassador Lakshmi Manchu, CEO and Founder Chaitanya MRSK and renowned Cosmetic Dermatologist in the city Dr. Shuba Dharmana.

Headquartered in Hyderabad, Teach for Change is an initiative of Passionate Foundation and was born out of the inextricable link between Illiteracy, unemployment and poverty. Apart from Bengaluru, the initiative is active and has proved to be a success in over 100 high schools in Hyderabad (Telangana), 10 schools in Vijayawada (Andhra Pradesh) and 10 schools in Chennai (Tamil Nadu).

Chaitanya M.R.S.K, Chief Executive Officer and Founder, Teach For Change  said, “A survey in 2010 conducted across 16,000 villages found that many children could not read, write or perform basic arithmetic. India is amongst the fastest growing economies in the world, yet it accounts for a third of the world’s illiteracy. 70% of children in the country study in Government schools and come from poor families. We aim to address this basic neccessity on a voluntary basis and from the impact we have seen in just one year since our inception has driven us to attempt and reach every corner of the country to help improve the standard of education. Our work is driven by our volunteers and we urge all those Bangaloreans interested in joining hands with us to apply at our website www.teachforchange.in”

Ms. Lakshmi Manchu, Founder and Goodwill Ambassador, Teach For Change said, “We have come together to help teach these children. Our aim is to educate as well as help them develop confidence through Teach For Change. We are constantly taking from this world and the important thing is to give back in some way.”

Started in 2014, Teach For Change (TFC), trains and empowers homemakers, students and working professionals to donate two hours of their time every week to teach at government schools. After selecting and screening volunteers, TFC conducts a two weekend training program for selected teachers after which they are ready to start teaching at their nearest allocated Government school.

Initially, Teach For Change will be taking up 10 Government schools in Bangalore for the 2016 Academic year and volunteers would start teaching from June 2016. Teach For Change has already submitted an application with the Education Department and is working with the Department to identify these ten schools.