Home More Buzz-O-Meter “We Know, Great is in the Detail,” Says DHL this Football Season 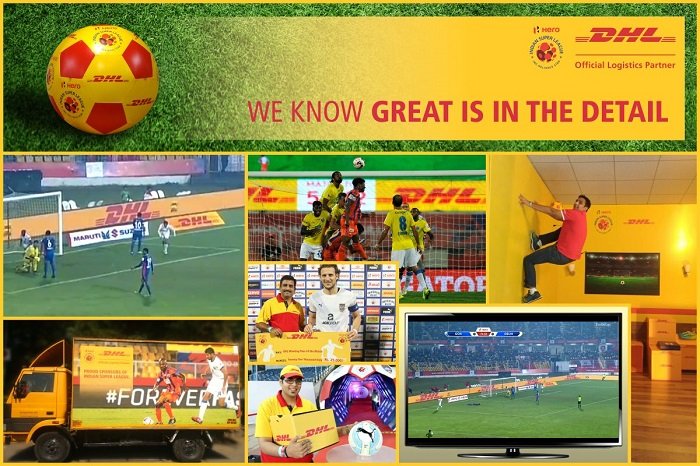 DHL Express, the world’s leading international services provider, and the ‘Official Logistics Partner’ of the Hero Indian Super League’s (ISL) today announced its launch of an interactive 360 degree brand campaign – “We know, great is in the detail”.

The campaign is poised to reach over 450 million people across the country, and will leverage an array of engaging touch-points. These include a four-part television commercial series aired on national television, DHL-ISL branded fleets across four cities -Mumbai, Pune, Cochin and Chennai, social media contest across the eight match venues and in-stadia branding throughout the duration of the ISL. Additionally, the campaign will roll out OOH hoardings, tie-ups with online ticketing partners as well as BTL activations to increase engagement with ISL fans.

“The brand campaign – We know, great is in the detail – has been shaped around DHL’s ability to achieve success through its devotion to detail. As Official Logistics Partner to several prestigious events across the globe, we know that it is the little details that come together to bring the moment alive. Be it in art, music, sport or business – the attention to detail is critical to success,” says RS Subramanian, SVP & Country Manager, India, DHL Express. “ISL was a success last year, so extending this year’s campaign to reach an even larger audience was a given. This year, the campaign’s mainstay is the four-part TVC that engages football fans by creating that ‘wow’ factor and surprises them with details about the sport that they might not yet know about.”

Talking about the campaign, Amit Chandra, Managing Director, Williams Lea Tag India, said, “We took the creative route of presenting “Unknown Facts”: highlighting little-known aspects about the sport that would amaze and enthuse football fans. At the same time, the TVCs were developed to deliver the message that DHL knows that great is in the detail – in a tone and manner relevant to the target audience. I wish them and the campaign huge success in garnering eyeballs.”

You Tube Link for TVC: