Home Insights Marketing Which Country is your Brand? 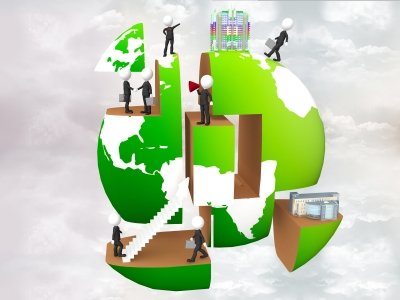 British Airways has been running a social media competition around cheering the Indian cricket team for the ongoing World Cup. Didn’t attract much attention until the English cricket team lost. Then sniggers erupted from the Indian AND English camp. Is it ok for the official flag carrier of a country to root for another? Even if it does happen to be a big market?

Swiss tennis player, Roger Federer got into trouble with his Pakistani fans recently because of a promotional photo of him admiring the Indian cricket team’s uniform. The complicated story there is that he is sponsored by Nike, and they make the clothes for the Indian team etc The plot thickens as Federer says that he actually supports South Africa, and which country he supports depends on where he is. The fanboys will so get that. Not. Nike on the other hand is universal – not really identified with any country. 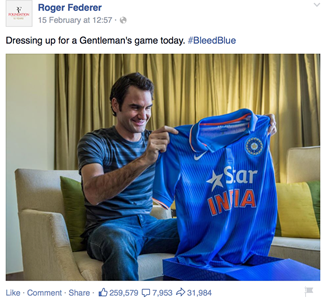 In the pre-digital era i.e. Paper Era you learned about a country from its own propaganda material (booklets, magazines, books – remember Sputnik from the Soviet era?), mass media (eg BBC), reference books, newspapers and actual visits. You rarely had sharp shifts in public sentiment the way you do now.

It took just one BBC documentary discussing rape in India for a German University to decline one Indian student his request for internship on the grounds of ‘rape issue’ in India. Information is immediate, bans are in the blink of an eye, as are knee jerk rejections.

So is it wise in the internet, instant-news and instant bias era to associate your multi-national brand with a country? The answer is no. Or rather you’d have to be making a lot of money through the brand association for you to tom-tom it. And even then it seems risky to build your brand on a variable you don’t control like country perception. Food products like to cite country of origin as a cause for premium but both health issues and patriotism could spoil that in a jiffy. Swiss banks used to connote extreme wealth and discretion. Now, in India, it is associated with black money and cover-ups. Best solution? Stay neutral.