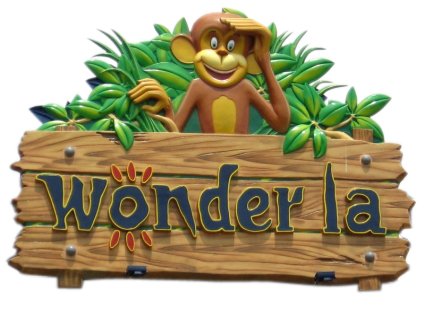 –The parks segment saw a footfall increase of 9% during the first quarter ended on June 30th 2014.

–Revenue from the two amusement parks – Bangalore and Kochi – was Rs 6309.14 lakhs for the quarter under review while the revenue from resort was Rs 306.43 lakhs.

–Wonderla Resort has achieved 52% occupancy during the quarter against 31% occupancy over corresponding period last year,and also profitable for the first time.

–The shares were listed on the BSE and NSE from May 9, 2014, and responded very well to the markets. The share price went up to a lifetime high of Rs 254, more than double the issue price of Rs.125.

“We are very happy with our performance during the first quarter of the ongoing financial year. We expect domestic tourism to expand this year with a new government at the Centre promoting tourism from a long-term perspective. More number of people are visiting amusement parks, as we continue to add exciting and new thrill rides. We are optimistic about growth coming in from both the amusement parks, as we are on track to build the third one in Hyderabad,” said Mr. Arun K Chittilappilly, Managing Director, Wonderla Holidays Ltd.

Shares are listed on BSE and NSE:

Wonderla created history by getting listed on the BSE and NSE during the quarter under review. The company is overwhelmed by the response from the investor fraternity. The sentiments of the investors are high and demonstrate the potential for companies like us to further expand and offer unique services.

An application for plan approval has been submitted to the Hyderabad Metropolitan Development Authority (HMDA) to set up our third amusement park in the country and it is under their consideration.
9 new attractions were added at the existing amusement parks in April 2014; 3 imported rides in Bangalore such as the 40 meter Flash Tower, Mini Venice and Magic Mushroom were added; and 6 rides in Kochi such as, Maverick, Rock’n’tug, Fire Brigade, Magic plane, Kids play Zone and The Boomerang water slide.

Awards / Recognition / Participation:
Wonderla amusement park Bangalore has been ranked No.1 in India according to Trip Advisor’s travellers choice awards 2014 while its Kochi counterpart has been ranked number 3 in the same ranking list.